Agapé Boarding School, set up in 1990 by Baptists James and Kathy Clemensen, above, to show “Christian love and care to rebellious boys at all times“, proved a living hell for many youngsters, and this week five staff members were charged with abusing pupils.

However, at least one victim has slammed the decision to charge only five abusers, saying that they make up only a fraction of staff who meted out cruelty to pupils.

Said Brett Harper, of Oregon, who attended Agapé from 1999 to 2003, and has pushed for three years for an investigation into abuse at the school:

It’s unacceptable. It’s one third of the people who should be charged and he lowered the charges. Nobody would call that justice.

Schmitt recommended prosecuting 22 employees with 65 counts on behalf of 36 victims, including felonies for abuse of a child and tampering with a victim, and misdemeanors for endangering the welfare of a child and failure to report child abuse.

After Gaither said last week that he planned to charge far fewer employees than recommended, Schmitt asked Governor Mike Parson to remove his office from the investigation because he didn’t believe Gaither intended to “seek justice” for all the victims.

In a letter sent this week to Parson, Schmitt’s office recapped seven months of back-and-forth between state and local authorities over prosecuting defendants linked to Agapé. He wrote:

Mr. Gaither’s decision to pursue a relatively small number of minor felony offenses reveals that he has no real need of the expertise and resources of the Attorney General’s Office. Gaither has indicated that he does not intend to seek justice for all of the 36 children who were allegedly victimized by 22 members of the Agape Boarding School staff.

While Schmitt’s office recommended charges of high-level child abuse that carried possible 15-year prison sentences, Gaither’s intent is to file Class E felony assault charges that are punishable by a maximum of four years behind bars.

Two of those charged are former students who became Agapé employees: medical director, Scott L Dumar, and Seth Duncan, the son-in-law of David Smock, a Stockton doctor who for years has provided medical care for Agapé students. The others charged are Christopher R McElroy, Everett L Graves and Trent E Hartman.

An investigation into the school began after The Star reported on the abuse allegations last year. Since then, former students testified at legislative hearings that they tried to report the abuse at Agapé and the now-closed Circle of Hope Girls Ranch for years, but that Cedar County authorities and other officials did not respond to the complaints.

Circle of Hope Girls Ranch near Humansville was closed last year after authorities removed about 25 students amid an investigation into abuse and neglect allegations. Its owners, Boyd and Stephanie Householder, above, were charged with 102 counts of abusing girls in their care. The charges included statutory rape, sodomy and physical abuse.

The couple were released from jail in July for health reasons. Boyd Householder was affected by Covid-19 and his wife “has a serious blood clot disorder that might cause her to lose her foot.” They remain under house arrest until their trial.

If your son is out of control, expelled or falling behind in school, we will help get him back on track! Unlike typical boarding schools and military schools, we only work with boys who are struggling, so we strictly maintain discipline and security, while showing Christian love and care for the boys at all times. Agapé teaches and reinforces proper behavior, responsibility, and strong goals in life; turning uncaring, self-centered boys into responsible and mature young men.

Meanwhile, Brett Harper has created a petition calling on the authorities to shut down Agapé, saying that:

This school physically, mentally, verbally abuses children daily. They are brainwashed. They aren’t allowed contact with the outside world and they keep them sheltered from things like newspapers or TV.

They do not allow religious freedom or LGBTQ. They are bigots, homophobic, hateful towards other religions besides the Independent Fundamental Baptists brand of Christianity. They frequently remind students you do not have any rights as a child and treat you like property.

More than 2,000 people have so far signed the petition. 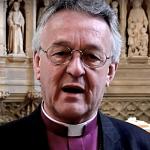 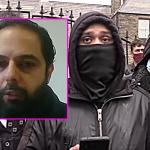 Nonreligious
Runaway sex offender surfaces as a minister at...
The Freethinker
TRENDING AT PATHEOS Nonreligious