IN May 2021 Baroness Meacher tabled a Private Member’s Bill, the Assisted Dying Bill, before the House of Lords. The purport of the Bill was to legalise assisted suicide for terminally ill people with less than six months to live.

Before the Second Reading of the Bill, passing which would allow it to go forward, a letter was addressed to peers, jointly from the Archbishop of  Canterbury Justin Welby, left, Cardinal Vincent Nichols, centre, who is President of the Catholic Bishops Conference of England and Wales, and the Chief Rabbi Ephraim Mervis.

The purpose was to persuade peers to vote against the Bill. The letter was, it seems to me, carefully phrased with a view to that purpose. I propose to discuss it in some detail. Although it is hardly necessary I want to make it clear that I in no way doubt the sincerity of the writers.

The letter is fairly short and I will give it sentence by sentence, followed by my comments.

As leaders of faith communities, we wish to express our profound disquiet at the provisions of the ‘Assisted Dying’ Bill currently in the House of Lords.

“Faith” and “communities”  are both much more acceptable than “religions” or “churches”; “leaders” suggests something more voluntary than “heads” or official titles. Of course their respective posts give them no special right to speak on this issue.

We acknowledge that Baroness Meacher is seeking the alleviation of suffering. This motivation we share wholeheartedly, but we disagree on the means advanced to address this very real concern.

Always a good move: your opponent means well, but (sadly) is going about it the wrong way.  Thus you appear friendly and tolerant but also superior (acknowledge).

In particular, we are conscious of the risks and dangers entailed in the provisions of the Bill, and the ‘real-life’ practical inadequacies of the proposed safeguards.

What risks and dangers? Which safeguards, and why are they inadequate? What are “real-life” inadequacies? It might be said that this is only a short letter, but giving no actual examples at all avoids having to demonstrate the alleged shortcomings.

By the faiths we profess, we hold every human life to be a precious gift of the Creator, to be upheld and protected.

This is a statement about the signatories and nothing more; what they happen to believe has no bearing whatever on the Bill.  (If it is intended to be an argument, one might point out  that many people do not believe in any “Creator” ; and that the faiths referred to have not been reluctant over many centuries to sanction, or engage in, killing large numbers of fellow human beings.)

All people of faith, and those of none, can share our concern that the common good is not served by policies or actions that would place very many vulnerable people in more vulnerable positions.

No doubt they can share such concern, but the implication seems to be that they should do so. But no policies or actions are specified, nor who these very vulnerable people are, nor why they would be more vulnerable; in fact no evidence at all is offered.

We appeal to people of whatever faith or belief to join us through our common bond of humanity in caring for the most vulnerable people within our society. In contrast to the proposals in this Bill, we continue to call for measures to make high-quality palliative care available to all at the end of their lives.

This  is an obvious false dichotomy, and really little short of cheating. There is no suggestion in the Bill that high-quality palliative care should not be available to all.

We believe that the aim of a compassionate society should be assisted living rather than an acceptance of assisted suicide.

This simply repeats the false dichotomy. There is no reason whatever why a compassionate society cannot have both aims.

It is notable that this letter does not even try to deal with the actual aim of the Bill, does not indeed even mention it specifically. The fact is that there are individuals, at least some of whose cases have become widely known, whose condition is such that despite every possible care, they face a period of intense suffering before they die.

They have decided that they would wish to end their lives sooner rather than later, at a time and under conditions of their own choosing. In many cases their condition is such that they cannot do this without assistance; but at present this is illegal.

The aim of the Bill is to remove this restriction. Those who seek to retain it are wilfully condemning other human beings to unnecessary suffering, which is inevitably shared by their loved ones who have to watch it without being to help.

It is hard to avoid a suspicion that what the letter’s signatories really dislike is the right of individuals to choose for themselves.

I don’t know how many peers read the letter, but in fact the Bill passed the Second Reading stage and will proceed to the Committee stage. However it is unlikely to make any further progress without Government support. The chances of this are small as the Government typically favours religious views.

• John Radford is Emeritus Professor of Psychology, University of East London. This year he marked two anniversaries: his 90th birthday on March 23, and, on August 1, 60 years as a psychologist. On October 20, he delivered a lecture, “Liberal Science”, part of a series of annual public lectures at the UEL School of  Psychology, of which he is the founding head. 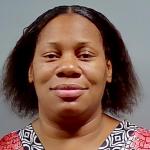 November 11, 2021
Atlanta Christian's bite was worse than her bark
Next Post 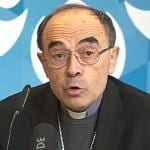