BRIAN Camenker, above, leader of a designated hate group called Mass Resistance, is fuming over the fact that a library in Wyoming will not be prosecuted for having a collection of sex ed and LGBT themed “pornographic” books on their shelves.

Camenker, who described gays as “incredibly nasty and a vicious” in a YouTube video last year, first came to my attention after Amazon stopped selling his book  Health Hazards of Homosexuality: What the Medical and Psychological Research Reveals.

MR posted a picture of the “pornographic” books on its website, and said “that across the country, the government uses any excuse to attempt to charge and convict conservatives” such as far-right  General Michael Flynn, who has just made a complete ass of himself by saying the US should have only one religion under God.

It never seems to work the other way. The special Prosecutor assigned to the parents’ criminal complaint against the Campbell County library officials over pornographic children’s books announced that he will not press charges. The reasons he gave were appalling.

Missing from the pile submitted for prosecution by parents Hugh and Susan Bennett is This Book is Gay. It was not available because it had already been checked out of the library, so they included photocopied excerpts from the pages.

MR  said the books, especially This Book is Gay:

Sent a rambling, somewhat incoherent letter to the Campbell County officials describing the reasons why he was refusing to press charges in the case.

The most outrageous part of his letter was that he purposefully neglected to investigate the worst of the five books, This Book is Gay. His excuse was that the book was ‘not delivered’ to him.

But that book was named as a part of the complaint, and photocopies of the pages were submitted. Had Stulken desired, he could have easily obtained the book from a number of sources. He could have also asked the library to send it to him when the person who checked it out returned it. It would appear that he saw the photocopies, and contrived this excuse to exclude it.

In fact, he purposefully failed to investigate this case properly and did everything he could to run away from it. This is the kind of shameful corruption and neglect of duty that unfortunately permeates our legal system.

MR then pointed Sulken’s announcement was cheered on by the usual opponents of parents.

Appeared to be thoroughly researched,. I’m happy to have this decision made so that we can move on.

We wonder what she will “move on” to? More X-rated books in the children’s sections?

According to the AP report the Bennetts called the decision not to file charges disappointing.

We had thought that they would see a problem with recruiting children for sexual activity when they’re not mature enough for that to be an issue in their lives, creating an issue where it should not be created.

The couple still believe it’s wrong to use public money to keep such books in the library youth sections. One Bennett said.

I’m not intending to change my mind because of something a lawyer chooses to do or not do.

Welcome to Wyoming. We’re all opposed to all kinds of things. We don’t ask the government to act against our neighbors.

Obviously, this is disappointing and outrageous but unfortunately not surprising, given the horrible RINOS (Republicans in Name Only) and leftists who are running things even in Wyoming.

Our activists see this as just a speed bump. The Wyoming MassResistance parents in Campbell County are moving forward in this battle! We have much more to report soon.

Hey, I know a man who would love to come to Wyoming to deal with the problem: Right wing Polish lunatic Wojciech Olszański, above, who hates Jews and gays, will happily torch any books Mass Resistance, the Bennetts and other “pro-family” fascists object to. 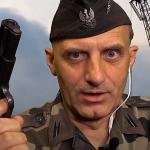 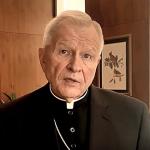 November 16, 2021 US Archdiocese made false claims in the wake of hurricane damage
Recent Comments
0 | Leave a Comment
Browse Our Archives
get the latest from
Nonreligious
Sign up for our newsletter
POPULAR AT PATHEOS Nonreligious
1