IF true, Britain got saddled with a blustering buffoon of a Prime Minister because Geller used his “psychic power” to put him in Downing Street.

This makes no sense whatsover. Why would Geller, who opposed the UK leaving the EU, want Brexiteer Johnson, who looks like an unmade bed, in power?

In March 2019, The Guardian reported that Geller wrote an open letter to British Prime Minister Theresa May, stating that he would telepathically prevent her from leading Britain out of the European Union.

In Geller’s words: “As much as I admire you, I will stop you telepathically from doing this – and believe me I am capable of executing it.”

Despite this, the United Kingdom left the European Union on 23 January 2021 under the leadership of May’s successor Boris Johnson.

The claim about Johnson appears in the Daily Star, which said  in an “exclusive” report that Geller is no faker, and that his powers had been endorsed by the CIA.

If reporter Jerry Lawton had done a smidgeon of research, he would have found that Geller had dropped claims to having psychic powers as far back as 2007 when in November of that year he told the  magazine Magische Welt (Magic World):

I’ll no longer say that I have supernatural powers. I am an entertainer. I want to do a good show. My entire character has changed.

I used that quote in a piece I’d written last year, pointing out that Geller had become deeply involved in the lucrative New Age self-help/personal growth industry, inflating his $20-million bank balance by flogging “Mind-Power Kits” and books to the gullible.

That is quite a revelation. Taken at face value it is a confession that all these years he has been nothing but a garden-variety mentalist and that he lied about having psychic power. I don’t know if this is the last word on the matter from Geller (he may have second thoughts about this reversal) but it confirms what skeptics and magicians have always known – it is not necessary to postulate paranormal powers in order to explain Geller’s feats.

Well, judging from the Star report, Geller has had second thoughts, and is again claiming paranormal skills, employed most recently to usher in Johnson, find hidden tunnels with his dowsing skills in South Korea, help the UK win some football prize and free a stricken cargo ship Ever Given when it blocked the Suez Canal in March.

The badly researched report was also used to plug Geller’s latest book, Use Your Psychic Powers To Have It All.

Uri Geller would love to write a book revealing himself as a trickster. It would be an instant bestseller: people around the world would be thrilled to know that he really did fool the CIA and Mossad, and scientists at the Stanford Research Institute and the University of London. But he can’t do it, because he knows that his psychic powers are real – just as yours are, too!

Given the gullibility of fools desperately wanting to believe Geller is the Real McCoy, his trashy publication will fly out of Amazon, just like UFOs he reportedly believes in. 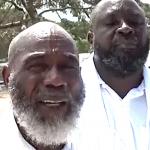 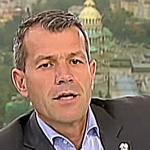 November 4, 2021 LGBT centre attack: Knife-wielding Bulgarian politician arrested
Recent Comments
0 | Leave a Comment
"Costelloe claims that the 'church can and must also take whatever steps are necessary to ..."
David Cromie ‘Church has changed’ says archbishop after ..."
"I expect the 'holy father' had in mind members of the Roman church, such as ..."
David Cromie Pope Francis: Better to live as ..."
"It hardly matters how you slice and dice it, the fact remains that the man-god ..."
David Cromie Superhero Jesus comic branded ‘blasphemous’ by ..."
"???"
David Cromie Superhero Jesus comic branded ‘blasphemous’ by ..."
Browse Our Archives
Related posts from The Freethinker