The History of Pagans in the Media: A Cautionary Tale

The History of Pagans in the Media: A Cautionary Tale March 3, 2011 Peg Aloi 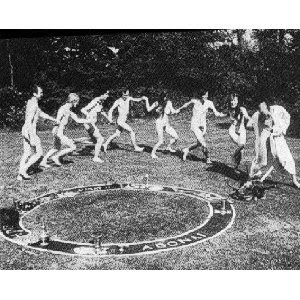 It’s always kind of disturbing when some aspect of contemporary witchcraft is misrepresented in the media. And so it’s natural that some folks want to be good representatives and spokespersons, and share with the world the “truth” about what “we” do. Of course, “we” is relative. And definitions of various permutations and practices of the pagan community vary widely. Because complexity is anathema to news sound bytes, the short-sharp-sexy statement tends to rise to the top of the midden heap of pagan public relations. 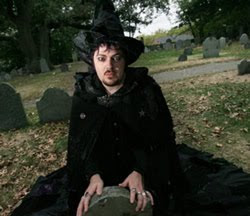 The latest example: Christian Day, self-described “warlock” and successful retail and culture merchant of Salem, Massachusetts, becoming the go-to spokesperson on…Charlie Sheen? Yes, Sheen’s use of the word “warlock” might have passed unnoticed but for some “journalists” at TMZ who did some googling and realized they had some infotainment gold. Other news outlets followed, some of them as far afield as Australia, where the Daily Telegraph’s headline claims that Sheen has “insulted America’s pagan community.” Day has responded to Sheen’s “warlock” comment by stating the following: “I am going to magically bind Mr. Sheen, not to harm him, but to simply prevent him from using this word in such a negative manner in the future.”

Perhaps not surprisingly, the pagan community is all in a tizzy, claiming such remarks make the community look bad, as well as criticizing what many perceive to be Day’s ill-advised reclaiming of the word “warlock” (which is believed to mean “oathbreaker” and thus not an accurate or desirable term for referring to oneself as a male witch).

Day and cohorts Lori Bruno and Laurie Stathopoulos have been interviewed by many media outlets in the last 24 hours, and Day is clearly delighted, even speculating that his New Year’s resolution of hiring a “midget assistant” (something he aspires to in part because comedienne Margaret Cho has apparently done the same) will soon be fulfilled due to all this extraordinary publicity. 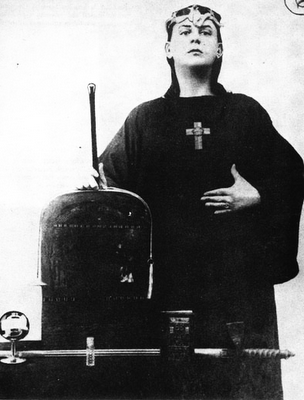 Pagans who want media attention are nothing new. Look at Aleister Crowley; he was a public sensation and scandalous topic of conversation throughout society in the days before Facebook, before television, before radio. His desire for fame and fortune certainly marred what might have been a respectable career as a talented poet and brilliant occultist and author. Well, maybe also the drug addiction, unpaid debts and sexual enslavement of women held him back just a teeny bit.

Then there’s Gerald Brousseau Gardner: who decided it was necessary to reveal the secrets of witches and who offered up his “Ye Bok of Ye Arts Magical” as a found text of ancient origin, when in fact he wrote it himself (in all of its poorly-spelled glory). Gardner might have become widely-admired for his originality and creative synthesis of many sources to create a new spiritual tradition; but his desire for a certain level of authenticity and notoriety has tarnished his legacy considerably (well, also all that skyclad scourging).

Gardner’s protege and founder of Alexandrian Wicca (the second best-known modern witchcraft tradition after Gardnerian Wicca), Alex Sanders, was an apparently contentious and ego-driven man who proclaimed himself “King of the Witches” and generally inspired widespread ridicule and disapproval as rumors of his antics spread. Again, but for his ego, the man might have contributed a great deal to modern paganism.

Look at Sybil Leek: an Englishwoman who wrote many books, and who appeared on many radio and television shows to be interviewed about being a witch. She eventually moved to the United States to enjoy wider recognition among young would-be witches who were fomenting the occult revival of the 1960s. Sybil was smart and down to earth, but dressing all in black and wearing her pet crow (Mr. Hotfoot Jackson) on her shoulder did mark her as a bit loony in the eyes of the general public. 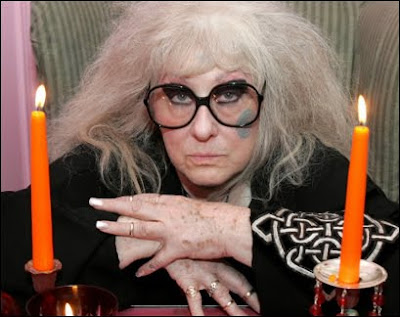 But why should not witches simply be themselves in the public eye? Why not answer the nay-saying, superstitious public outcry by being upfront and honest about who we are? Enter Laurie Cabot: The Official Witch of Salem. We know she’s official because she requested the title from then-governor of Massachusetts, Michael Dukakis. Dressed in flowing black robes, with a Celtic spiral tattoo on her face, her Salem shops have been famous, and her crime-solving psychic abilities are well known. She’s been in numerous cable-TV videos and news documentaries. Too bad she had some trouble with the law in the late 1990s, allegedly threatening a former friend and housemate with the concealed weapon she kept on her person for protection against death threats. Despite being cleared of any wrongdoing, Cabot’s public reputation suffered mightily. 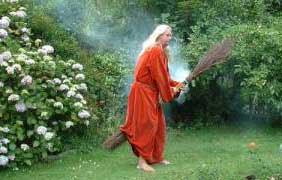 The Brits have their share of contemporary pagan attention-mongers, too: like Kevin Carlyon, a media-savvy man who has proclaimed himself “The High Priest of British White Witches,” and therefore a spokesperson for all of the pagan community, who seems to always be the go-to guy for quotes on any topic regarding paganism or witchcraft in the Britiish tabloids. Unfortunately he tends to say and do some very ridiculous things, and his general arrogance and outrageous demeanor has alienated his entire community.

Are you noticing a pattern here?

Not only have these attention-seeking pagans, witches and occultists received their share of negative media attention, but a great many of them have earned the scorn of the pagan community as well. Now, that scorn may be the result of jealousy or resentment, unconscious or otherwise; sour grapes is sour grapes. But when well-meaning people are targeted with derision as a direct result of their public speech, it might be time to reflect upon what kind of impression we want to make to the public. There’s nothing wrong with being a pagan pariah if you want to be a pagan pariah; but since modern witchcraft is already a topic riddled with prejudice and stereotypes, it’d be nice if the rest of us didn’t have to constantly do damage control just so we can be taken seriously or, you know, keep our jobs.

I have nothing against Christian’s desire for some attention; he’s a smart guy, a savvy and successful businessman, and he’s worked hard to be where he is today. But I do think the pagan community at large tends to not appreciate it when one person speaks for all of us in the context of a sensational media story. Sadly, such outlets tend to misquote or manipulate what is said, so that even if someone does not claim to be speaking for the entire pagan community, the media will spin it that way because, oh I don’t know, they love to piss us off. So it’s advisable to think twice before you talk to the media, because they’re not always interested in portraying us sympathetically. Obviously. 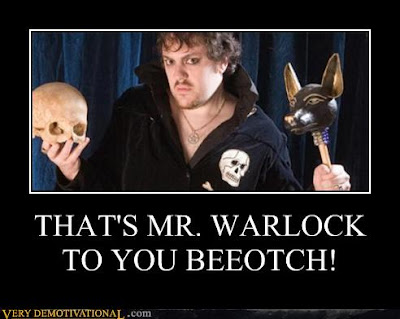 It’s not hard for contemporary pagans to brush off these kinds of silly stories when they appear. But unfortunately, a goodly portion of the general public formulates their perceptions and opinions based on what they see on TV or the internet. The media loves a good juicy occult story; look at how they tried to make mass murderer Jared Loughner into an “occultist” when bags of potting soil, rotten oranges, a plastic skull and burned out seven-day candles were found in his backyard. As if being a mass murderer wasn’t bad enough!

Charlie Sheen is no warlock; but he’s a Hollywood celebrity whose words are the source of rabid media attention right now. This could possibly be an opportunity to explain the origins and diverse connotations of the word “warlock.” But I don’t think it’s a good time to suggest magically binding someone. It’s far too easy for the media to spin this in ways that make contemporary witches and occult practitioners look even loonier than we usually do.

For move coverage on this story, check out Patheos.com, and The Wild Hunt blog.

March 11, 2011 Love and Loss on the Misty Moors (A Review of JANE EYRE)
Recent Comments
12 Comments | Leave a Comment
Browse Our Archives
get the latest from
Pagan
Sign up for our newsletter
POPULAR AT PATHEOS Pagan
1

Building For A Future We Won’t...
John Beckett
Related posts from The Witching Hour