From the Margins: Following Jesus in a post-Christian culture

From the Margins: Following Jesus in a post-Christian culture January 1, 2013 Kurt Willems 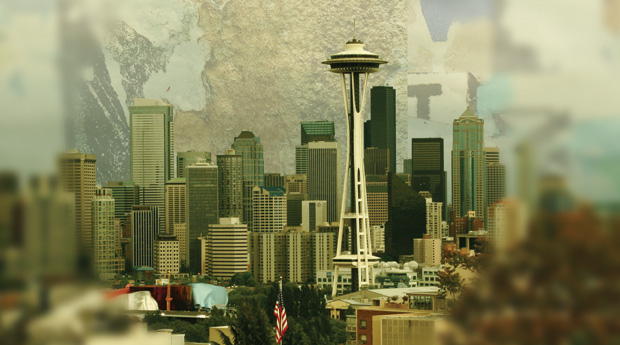 [This article originally appeared in winter 2012 issue of In Part, the magazine for the Brethren in Christ community in the U.S. I highly recommend you read the other articles from this past issue that explore the theme of Anabaptism.]

I met David randomly. I’d been sitting in a coffee shop one evening, working on a seminary paper, when I noticed him at the table next to me. I’m fairly extroverted, so it’s no surprise that small talk ensued between us. Yet, as we casually talked, God was in the process of answering a prayer: that I’d connect with some people not involved in the Christian faith.

Our conversation progressed, and I learned that David was an artist pursuing a master’s degree in counseling. The common ground we shared as students with goals in the helping professions must have been enough for him to accept my invitation to hang out the following week—even after finding out that I’m a pastor.

When we met for coffee again, the dialogue quickly moved into faith and politics. Early on, I figured out that David was an agnostic with a progressive political worldview. He attempted to get me to show my true “Christian” colors (as Christians are often portrayed by popular culture) by saying something that would offend many church folks:

“When you mix religion, nationalism, imperialism, and fear, people do really bad things.”

Based on the contortions of his face, I knew David didn’t quite know how to process my response.

I then went on to tell him about the way of Anabaptism.

By the end of the conversation, he said,

“I think that we were supposed to meet . . . like it was meant to be or something.”

American culture is changing. Although we in the U.S. take pride in the separation of Church and state, the civil religion of our country has long “been Christianity.” Whether formally legislated or informally understood, Christendom takes shape when a national government and the Church partner to create a society in which a version of the Christian story is at the core of a culture.

To some, this may sound like a positive thing, but unfortunately Christendom has often left the Church’s hands dirty with the deeds of nationalistic conquest and greed. The Roman emperor Constantine inaugurated Christendom when he converted to Christianity in the fourth century and began conquering enemies in Christ’s name. For the first time in history, the cross and the sword became business partners.

Our society, however, like the rest of the western world, is in a transition toward post-Christendom. Post-Christendom occurs when Christianity no longer occupies the privileged center of public discourse. Stuart Murray, author of The Naked Anabaptist: The Bare Essentials of Radical Faith, describes post-Christendom as what happens “as the Christian faith loses coherence within a society” because “the institutions that have been developed to express Christian convictions decline in influence.”

In his book The Naked Anabaptist: The Bare Essentials of Radical Faith, Murray describes some key characteristics of post-Christian culture, including the following transitions:

Shifts like these discourage many Christians—but should they? As an Anabaptist, I welcome them. In today’s post-Christian culture, Christians would do well to see these changes as opportunities to re-embrace our subversive roots and follow Jesus from the margins. The natural outcome could be a witness characterized by the fruit of the Spirit, enemy love, and justice for the poor. Perhaps, for people like David, Christian credibility will be revived afresh.

Brethren in Christ on a mission

Our 21st century context invites us to dream of new ways to join in God’s missionary work in the world. About three years ago, God spoke a frightening and exhilarating word to my wife and me in this regard: Plant a church in the mostly post-Christian city of Seattle. Shortly thereafter, I met my mentor, Jeff Wright, pastor of Madison Street Church (Riverside, Calif.). I was at a major crossroads in my life, when Jeff tossed out my name to Bishop Perry Engle and the rest of the Pacific Regional Conference’s Board of Evangelism and Church Planting as a potential ministry partner.

Honored that Jeff and the board believed in my wife and me, we accepted their invitation to attend the Pacific Conference’s first Emerging Leaders Gathering. There, we learned about BIC Core Values, such as Following Jesus, Pursuing Peace, Living Simply, Serving Compassionately, and Belonging to the Community of Faith. The bold communication of these and all of the other values convinced us that this was a movement we needed to join! Tasty fair-trade coffee and meeting great people at the gathering certainly helped us make the final decision, along with much prayer and counsel.

The Anabaptist-influenced values of the BIC appeal to me now, but this was not always the case. Growing up in a sister denomination, I had little interest in the historical connection to Anabaptism; actually, the beliefs in nonviolence and Kingdom-shaped politics embarrassed me. My life with God was influenced mostly by mainstream Evangelicalism until my early mid 20s. This sort of spirituality spurred me on toward loving God and others, but when I finally rediscovered Anabaptism, it was like going through my own personal revival. The way of Jesus is revolutionary beyond what I had ever imagined!

I’m now thoroughly convinced that our Anabaptist tradition represents the best way forward as we seek to join in God’s mission to a post-Christian culture. Our Core Values, when dusted clean of the negative aspects of Christendom, shine brightly to the many “Davids” in our culture. Perhaps this is one way to apply Jesus’ invitation to be “the light of the world.”

David and I continue to be friends, now nearly three years later. When we visit over coffee and attempt to solve the world’s problems, David wants to hear my “different kind of Christian” ideas. In this case, my Anabaptist heritage is not something to shy away from but an entry point into someone’s life.

Recently, we were talking about the polarizing climate of this past political season, and he said something more shocking than his comment on the first day we met:

“Anabaptism could change the world.”

You can imagine my surprise.

With a smile on my face, I jokingly said,

To that he answered,

“Well, if I’m ever going to be convinced that the Church is for me, it’s going to be because of the Anabaptist movement.”

May we become a people who “Follow Jesus” from the margins, offering the unique values of Anabaptism as our gift to the Church and the world. In doing so, we might find ourselves on a Spirit-empowered mission—God’s mission—to bring peace, justice, and hope to post-Christendom! 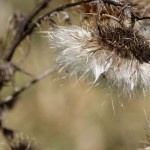