Christians and July 4th: Celebrate with Kingdom Lenses – Not Americanized Ones

For the past several years I have publicly discussed why I tend to avoid associating myself with Independence Day. For a few years in a row I posted what was called my “annual unpopular post.” It all began in 2009 (when I hardly blogged), with a post titled: An “unpopular” 4th of July Post… Why this is Not a Day to Celebrate [later re-blogged and nuanced the following year: here].

As you can imagine, the reaction to such a stance in a country like ours has been diverse. Numerous times I’ve been told things like: “If you don’t like America, then why don’t you move out of the country or something!?”

In these instances, it becomes even more clear how much the story of Christianity has been prostituted to the story of Empire. That may come across as harsh, but I honestly do not intend to be harsh. And in all honesty, controversy is not my favorite pasttime, as I don’t love conflict. I am saddened that I’ve lost friends over this conviction. Yet, the more I read the Scriptures and get to know the Christ of the Scriptures, the more I’m compelled to speak the truth in love.

At the same time, I think there is much about this country to celebrate. For instance, I think American culture is something to take pride in. We have a unique bond as Americans. I love American people! I love living in America – in case that isn’t clear. But, I love something even more–or should I say, I love Someone even more. The way of Jesus invites us to name the good in culture while simultaneously living countercultural lives.

So, on this Fourth of July (like every other day), I want to celebrate the good and wear kingdom “lenses” at the same time. I suppose that I don’t actually celebrate what most people celebrate on Independence Day (as I see this day as no more significant than any other day – it isn’t a Christian holiday). You won’t find me saluting flags or wearing its colors, but on July 4th – like every other day of the year – Kingdom people in America have things to celebrate.

On the Fourth of July (and every other day), Kingdom people celebrate…

Look into America… see that Negro, fainting under the load, bleeding under the lash! He is a slave. And is there ‘no difference’ between him and his master? Yes; the one is screaming ‘Murder! Slavery!’ the other silently bleeds and dies! ‘But wherein then consists the difference between liberty and slavery?’ Herein: You and I, and the English in general, go where we will, and enjoy the fruits of our labours: This is liberty. The Negro does not: This is slavery. Is not then all this outcry about liberty and slavery mere rant, and playing upon words?

So, let’s celebrate together on July 4th, but let’s do so with Kingdom lenses on. Enjoy the lights in the sky and the wonderful food. Enjoy the wonderful people of America. But, for those who follow Jesus, how can we subvert tendencies like the idolatry of flag pledges with humility? This, and many other questions that this day raises, will need to be handled with generous love towards those who disagree with us, while not compromising our true Kingdom allegiance. 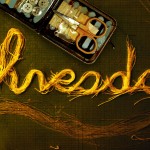 June 23, 2014
Sermon Series to check out: Threads - woven together in love
Next Post 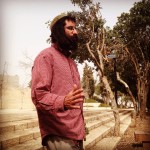 July 2, 2014 If Shane Claiborne had a Jewish Brother: gardens, reconciliation, & hope
Recent Comments
2 Comments | Leave a Comment
"I am a seminary student and I do not see concrete proof in a Rapture. ..."
Charles Owen Why the Rapture isn’t Biblical… And ..."
"Good luck on trying to politely tell those who favor Patriarchy or complementarianism that you ..."
esbee Mutuality in the Church for the ..."
"yup, have you ever heard a Hungarian pronounce Gyorgi? George is WAY easier. I've never ..."
RMS Name Change Myth: Saul Never Became ..."
"The usual strawmen and abysmal research from someone with an axe to grind...and still manages ..."
Sojourning Whyman Why the Rapture isn’t Biblical… And ..."
Browse Our Archives
get the latest from
Progressive Christian
Sign up for our newsletter
POPULAR AT PATHEOS Progressive Christian
1