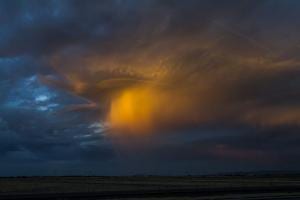 Many years ago, I had an exceptionally bright student who, upon his graduation from our seminary, was assigned by his bishop to a small congregation in East Texas. In the fall of that same year, he wrote me a heartfelt letter—this was well before the advent of computers and e-mail, so it was an actual letter, written in pen on a piece paper, placed in an envelope, embossed with a postage stamp, and mailed to the school. (If this concept is so foreign as to be completely unrecognizable, turn to someone over 60 to explain.) After he told me of the joys of being a pastor, something he had longed to do for much of his life, he ended the epistle with the following cri de coeur: “Dr. Holbert, one of my largest problems here is the reality that my people worship a rain God, rather than the God I learned about and now love during my time in seminary. What can I say to them about that God, rather than this pagan one they look to for rain?”

Well, what indeed can a compassionate pastor say to people who have long heard about the efficacy of prayers for rain (or less rain) in exceptionally dry (or wet) seasons? After all, do we not begin many of our weekly prayers in worship with something like, “O Holy and All-Powerful God”? So, if God is all-powerful—omnipotent in the theological jargon any seminary majors in—then why should we not expect our God to respond to our fervent and deeply felt requests for rain, since that God is regularly named by us as fully capable of such actions?

Furthermore, our Bible is riddled with claims that God does certainly control the weather. Amos 4 says directly that God sent famine, and drought, and blight and mildew with the intention of calling Israel away from its evil doing, but none of these attacks worked (Amos 4:6-12), despite Amos’s conviction that YHWH did send all those events. The magnificent poem that YHWH utters to Job at the end of the story is filled first with announcements that God controls and sends rain, snow, ice, flood, wind, and all other manifestations of weather, apparently to demonstrate to Job that his feeble cries for justice are in effect drowned in the overwhelming powers of God, and that he, Job, needs a wider perspective on the universe of God than he has been able to muster on his own.

And then there is our text for today from Jeremiah that again makes God as weather person crystal clear. Jer.14 is a long story of a drought on the land, sent directly by YHWH, a drought that is described in hellacious detail at the chapter’s beginning. “Judah mourns; her gates languish, lying in gloom on the ground” (Jer.14:2). Apparently the ground is so dry that it can no longer support even the city gates of Jerusalem, gates that have fallen over in the cracked soil. The cisterns are empty, causing even the nobles of the land to be “ashamed, dismayed, and to cover their heads” (Jer.14:3). These actions are mirrored by the farmers, whose soil is so dry as to crack; even the deer abandons her fawn because the arid ground grows no grass (Jer.14:4-5). The wild donkeys act more like the free-ranging jackals, since there is nothing to eat.

As a result of the crushing drought, Judah concedes that it is the people’s sins that are the cause: “our iniquities testify against us; our apostasies are vast; we have sinned against you” (Jer.14:7). YHWH is punishing us, because we have not done what our God has asked from us. As a result of our evil, they cry, and because God has withheld the rain from us, all we can do is plead for mercy. “Why should you be like a stranger in our land, like a traveler spending only one night? Why should you act like one confused, like a great warrior who will not help” (Jer.14:8-9)? They continue to cry to YHWH to end the drought that YHWH has obviously brought, ending with the voiced conviction that it is only YHWH who can do so: “Can any idols of the nations bring rain? Can the skies (alone?) give showers? Is it not you, O YHWH our God? We set our hope on you, for it is you who do all this” (Jer.14:12). And there you have it, straight from the mouth of 7th- 6th century BCE Jeremiah that YHWH in fact brings or withholds the rain in the face of human sin and human cries for mercy. The Bible says it, I believe it, and that is the end of it! You can easily see my student’s dilemma; the ancient text is fairly rife with claims that YHWH/ God does indeed control the weather, and hence when there is a terrible drought, what else should faithful people do but pray to God for rain? 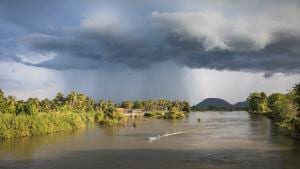 The central problem, as I am sure you can easily see, is that serious scholarly reflection on the biblical record has had a hard time seeping into the life of faithful congregations. I have no doubt that my student was doing his level best to bring much that he had learned in his seminary training to his people in East Texas, but unfortunately much of his learning flew right in the face of decades of traditional beliefs about the Scriptures that can hardly be confronted, let alone questioned, let alone overturned by one faithful pastor during one faithful pastoral ministry. The Bible does certainly say that God brings and withholds the rain; no amount of clever exegetical tricks can deny what the text so plainly says. What all of us must do, over time and with infinite care and faithful reflection, is to begin to help our congregations see that the ancient Bible, written fully 2000 years ago and more, is not the final theological word on the nature of the God we attempt to worship.

I am a United Methodist pastor, scholar, and theologian, and as such, at least since the formulation of our Quadrilateral for the doing of theology by my former colleague, Albert Outler (see our 1968 Book of Discipline), the Bible has been merely the first of four prongs of the theological task. Along with the Bible, we look to: 2) tradition, the 2000 years of Christian commentary on the Bible and serious theological exploration by the numerous interpreters through the Church’s centuries, as well as 3) experience, that is our Christian experience of the church’s community of faithful people, experiences that now include the vast world-wide community of diverse Christians, and finally 4) reason, the brain that God gave to us to employ the resources of science, philosophy, language study, psychology and all the avenues of research that have sprung up during the human search for truth. Unlike Jeremiah, some 2700 years ago, we now know through our evolving reason a vast amount about the weather. We now understand all too well that rain comes from patterns of moisture and wind, driven by great oceans of air that sweep around the globe. And unfortunately we also now know that these ocean patterns are changing due to the artificial heating of our atmosphere by our continual burning of fossil fuels, loading that atmosphere with quantities of CO2 that now blanket the earth, creating a rising cauldron of heat on our earth’s surface, causing the oceans to rise and the weather patterns to alter in ways very hard to predict.

All of that tells me that God does not control the weather; the weather answers to the patterns of wind and moisture. That is so now and has been so from the foundation of the earth. God is creator, but God does not dictate any specific weather event based on human sin or human cries for mercy. It is very important for us believers to divest ourselves of this belief in that sort of God if we are ever going to find ways to combine our reason and experience with our convictions that the Bible still has great value for our lives. I said some of this in my response to my student all those years ago, knowing full well that he, and I, have a long task ahead of us to help our people to think about our God is quite different ways. Our God is not a rain God, but a God who is both part of us and apart from us, loving us and caring for us as we struggle to find our way in a complex and painful world. There is of course much more that needs saying to flesh out the implications of what I am saying so haltingly in this essay. For now, I would say that Jeremiah spoke all these centuries ago out of what he knew about the world then, placing his God at the very head of all that happened in the universe. I need no longer do that in 2019, because I know more than Jeremiah ever dreamed of knowing. Still, I find in old Jeremiah important resources to aid my theological work; I have no intention of jettisoning what he has to offer. But neither do I intend to allow him to determine for all time just how I may think about my God.

3 Lies Christians Believe
For the longest time I believed these 3 lies. The Gospel is...
view all Progressive Christian blogs
What Are Your Thoughts?leave a comment
Copyright 2008-2020, Patheos. All rights reserved.