The Comforting Theology Behind The Christian Support For Trump

The job of those good people in this world of comforting theology is NOT to depose God’s chosen leader–or vote him out of office. God chose him. Thus he must keep his position of supremacy, no matter the damage from it. The Trump story in a nutshell. 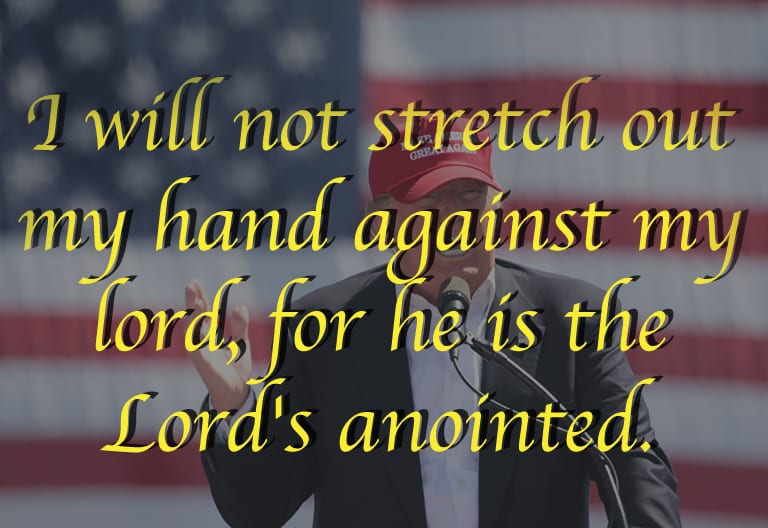 Who are they, these decent people who still remain as true believers in Mt. Trump, insisting that he won the election and that the Jan. 6 protestors were really Anifa adherents? What motivates them? What makes them tick?

For the most part, they tend to be avid readers of the Bible. They do so with this much pre-determined: The Bible is without error and therefore trustworthy. The commands therein are to be believed and acted upon. And it was written with the 21st century US in mind and in a direct line with prophetic words in the ancient texts.

In this world, the goodness of God is balanced by the evil of the Great Deceiver, i.e., Satan, who operates, conspiracy-like, implanting lies into the minds of people. The battles are constant and the power of the Satan is real and obvious.

God does not win until the very earth we are walking upon is destroyed and completely rebuilt with Jerusalem as the seat of the world’s ruler.

As a rule, these good people belong to a church with a charismatic male pastor with a gift for teaching and explaining the Bible. God is male, and God’s spokesperson must also be male.

Furthermore, and this is key, these believers operate under the understanding that they should not question or in any way hinder the person who is in leadership, whether it be in the church or in the nation.

A sense of security of being firmly on God’s side permeates this world and creates a beautiful cohesiveness.

God put the leaders in place; just trust and obey

Why? Because God is in control (even with the constant opposition from Satan), and God puts leaders in place. It is not our job to question God, or criticize those whom God chooses as leaders, but to find ways to discover how God is working in and through the leaders set upon the throne–or in the seat of the Presidency of the US or the pastorate of the church.

This sense of the sacredness of leadership springs from a fascinating story found in 1 Samuel 24. At this point, a man named Saul, the very first King of Israel, is descending deeper and deeper into devastating and destructive madness.

As the story makes clear, a young shepherd, David, is God’s choice to be the next King. Saul, knowing this, is determined to kill David and preserve the power of his rule.

Periodically, hunt and chase scenes take place in the Judean desert, with Saul furiously pursuing and David ably escaping. The two occasionally reconcile, mainly because the one thing that calms Saul’s deeply troubled mind comes from the music David can produce on his lyre.

But the moments of peace are increasingly short-lived.

The cave and the sluggish digestive system

And that brings us to a particularly evocative scene. David and his followers are hiding deep in one of the many caves that inhabit that desert. Saul finds himself needing to heed the call of nature and relieve his bowels.

Let’s be real for a moment here: When we’ve got to go and need to enter the squat position, we are also pretty vulnerable to attack. Thus Saul prudently retreats to the entrance of a case where he can do his business unobserved, or so he thought.

However, it happened to be the very cave where David and his men had hidden.

King Saul is an older man by then, and perhaps his digestive system is a bit sluggish. Whatever the reason, he was so absorbed in the act of elimination that David was able to creep up behind him and, without altering the older man, cut off a corner of his robe, draped behind him for the sale of cleanliness.

When Saul finished his business and returned to his men, David emerged from the cave with the cut off piece of cloth. The Bible records these words from David’s mouth (from the New King James translation):

Why do you listen to the words of men who say, “Indeed David seeks your harm?” Look, this day your eyes have seen that the Lord delivered you today into my hand in the cave, and someone urged me to kill you. But my eye spared you, and I said, “I will not stretch out my hand against my lord, for he is the Lord’s anointed.”

And there we have it: even though Saul is determined to kill David and is doing a marvelous job of making the young man’s life miserable, not to mention bringing havoc to the nation, David, with the opportunity in hand and with his men egging him on, refuses to harm Saul.

Why? Because they understood that God chose Saul to be the King over Israel. No amount of craziness, no matter how much mental and emotional instability Saul evidenced, no matter how cruel and unlawful his actions, David can not, in his opinion, righteously take an action against him to protect himself and relieve the fledgling nation from its ongoing trauma.

This story, ready by modern-day Bible believers, makes it clear: the job of those good people in this world of comforting theology is NOT to depose God’s chosen leader–or vote him out of office. God chose him so he must keep his position of supremacy, no matter the damage from it.

The mental/spiritual transfer to the situation with Mr. Trump is fairly obvious. Mr. Prence delivered almost the entire world of Evangelical theology that lives under the premises described above directly into the Trump camp.

When, against all odds, Mr. Trump won, the sense that God had indeed placed him in leadership was set in concrete. No matter how coarse, how despicable his treatment of his staff, how ignorant he remained of the larger world, how many unknown entities to whom he owed vast sums, how demeaning he became of legitimate science, how tragic the Covid-19 pandemic became, this was God’s man and God had a reason behind the events.

And when their leaders tell them that God has chosen Mr. Trump for at least another four years, they have one job: make sure that it happens, so God’s will is indeed done on earth as it is in heaven.

Mr. Trump will be revered as a martyr

There is another factor at play here: the people in this wonderfully safe world where every question can be answered by reference to the Bible do not hold democratic governments in particularly high regard. Essentially, they carry a core belief that God, with them as God’s agents, will dismantle the current democracy for a spiritual autocracy, i.e., a theocracy, with biblical laws governing every aspect of life.

Therefore, since Trump is God’s chosen man, so unexpectedly put in power by religious people, he is clearly the person to lead the charge. Unfortunately, the marriage of religion and politics has never, in the course of human history, led to a good outcome.

For these reasons, it is unlikely that these people, many truly fine human beings who care for each other and find many ways to serve the larger world, will ever be convinced that Mr. Biden legitimately won the election.

It is my guess that the current downfall of Mr. Trump, with both his political fortunes and his business fortunes rapidly crumbling, will combine to turn him into a holy martyr.

I hate even thinking this, but I am fairly sure I am right. These good people can’t let go, or their entire worlds/ their way of beliefs will crumble.

I lived and breathed this world

I lived and breathed this world for years. By being so sure God is indeed in charge and busy choosing my leaders, my job became amazingly simple: do everything possible to support those leaders, no matter the personal cost I may need to pay. And always be on the alert for the subtlety of the Great Deceiver and his co-conspirators who will do anything possible to divert me from my proper mission–or tell me God had called me to be a pastor.

I spent years and years, twisting my mind into knots, trying to make it work. I also endured significant horrors in my private life before I finally could no longer deal with the discordance. Eventually, I was both kicked out and also walked out voluntarily.

It was an extremely difficult leaving as it meant also walking away from my community, my comfortable place, the theology that, kind of, enabled me to make sense of the world.

I eventually found my way into a wider theological world where I could more fully embrace the mystery of God, the complexities of life, the challenge of holy living, and the freedom from worrying that some co-equal evil force, conspiring against me, was prowling around at all times trying to entice me into evil or improper beliefs.

In truth: I’m human, and I’m limited. All of my beliefs about God are, by definition. incomplete and many likely misguided. And so are everyone else’s.

It is, sadly, the certainty of absolute rightness in theological thinking that propelled Mr. Trump into his disastrous presidency, into this attack on our democracy, into Mr. Trump’s rapidly increasing destruction.

The issue of silencing or “cancel culture”

I want to mention a couple of other issues that spring from this world of comforting theology and the near-adulation of those seen as chosen by God for leadership positions.

Incidences of spousal and sexual abuse, along with economic crimes, can and often do run unchecked. If God’s chosen men need to exercise their leadership in a manner that many might see as cruel or prey upon vulnerable people, it becomes our job to protect and support those leaders. We have no right to question someone whom God has placed God in leadership. It will come right in the end, even as it makes no sense now.

Obviously, the atmosphere surrounding clergy sexual abuse has changed significantly in the last 4o to 50 years, so congregations are now tolerating much less of it than before. But over those years, the ones who spoke out were routinely silenced and pushed aside, i.e., they lived in the current powerful white man’s despair, “cancel culture.”.

Keep in mind that this routine silencing is also the reason it generally took outside voices to bring these abuses to light. Those on the inside had a great deal at stake in keeping the system intact. One breach, one leak, and the entire structure can come down. Closing ranks and holding on is the safest course of action.

And closing ranks is exactly what is happening now with a significant number of people absolutely convinced that the victory has been stolen by the Democrats. This is one of Christianity’s greatest tragedies.

I grieve. And there is essentially no way to fix this. 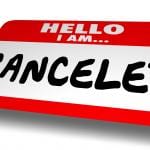 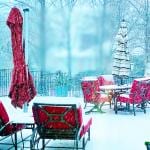