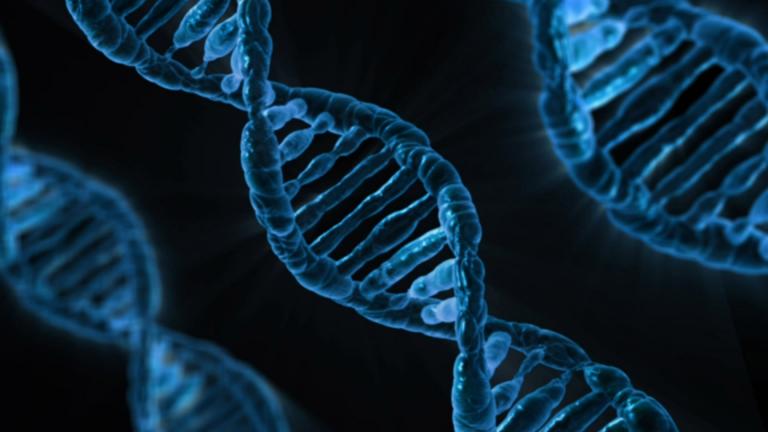 Recently, some words of Pope Francis regarding gays have been widely reported and about as widely misinterpreted. As Crux reported the words:

As part of the fallout of Pope Francis’s meeting with 34 Chilean bishops, many of whom have been accused or at least suspected of covering up cases of clerical sexual abuse and destroying damning evidence, and all of whom have offered their resignation, the survivors who met with Francis in April continue to share bits and pieces of their encounter with the pontiff.

Cruz is one of three victims of Father Fernando Karadima who were in Rome in late April for a weekend meeting with Francis. His comments came in an interview with Spanish daily El Pais.

Cruz was answering a question about his homosexuality, and was asked if he’d spoken with the pope about it and the suffering he was subjected to as a result of it. He answered affirmatively.

There are two points in that brief statement: that God loves gays and that he made them that way.

It is important to note here that here by “Gays” we mean those who have homosexual inclinations. God loves everyone but it is clear that all sexual relations – gay or straight – outside of a natural or sacramental marriage are illicit. Pope Francis and the Church have been clear that homosexual relations are wrong and “homosexual marriage” is a legal fiction.

The number of men and women who have deep-seated homosexual tendencies is not negligible. This inclination, which is objectively disordered, constitutes for most of them a trial. They must be accepted with respect, compassion, and sensitivity… These persons are called to fulfill God’s will in their lives and, if they are Christians, to unite to the sacrifice of the Lord’s Cross the difficulties they may encounter from their condition.

This is not a question that is easy because both sides have a spectrum of meaning. When we talk about God’s action, there are different levels. And we really don’t know the exact cause or combination of causes of homosexual tendencies is in different persons.

In the most direct way, we talk about God’s action in miracles, in the sacraments, or directly in creation. However, there are levels of many secondary causes we tend to also speak of God’s action. First, we often attribute things that humans can’t control such as the weather or exact arrangement of DNA. At times we also talk about God causing things that others choose. For example, I thank God for my parents staying together but obviously, at any moment, they could choose otherwise. We don’t usually talk about God’s action in things we ourselves choose: I might thank God for helping with a test but see that I choose to sin and can’t say that God caused that.

Regarding God’s causality, we also need to remember that sometimes God allows certain challenges and difficulties so we grow. We all have our little crosses that God gives us to grow. For some, this will mean that sexual attraction to those of the same sex.

Regarding the causes of homosexuality, we obviously wouldn’t be referring to direct creation but is it DNA, other’s choices, or our choices? It doesn’t seem obvious. Twin studies show us something interesting:

One study in 1995 found a 52 percent correlation for male identical twins and a 22 percent for male fraternal twins. A study on females came up with similar results. If one identical twin was a lesbian, in 48 percent of cases, the other twin was also a lesbian. For fraternal twins, the concordance was 16 percent, according to British-American neuroscientist Simon LeVay.

As noted, it is not all genetic or all environmental. Even if it is environmental, what percent is unchoosable like in utero hormones and what depends on human choice? Even when it is based on human choice, that doesn’t mean change is possible. People with Fetal Alcohol Syndrome or PTSD from childhood abuse have to deal with that their whole life. I have met people with homosexual tendencies who have changed their desires, but I’ve also met some who instead sexual sublimate desires to other great projects.

When Francis said God made him that way, he didn’t specify in what way he was made that way: by genetics, circumstances or some combination. Today, the best science seems to say it’s a bit of both. Neither I, nor Francis, are scientific experts on the causes so I don’t figure it is our place to say what the cause is.

Once I was visiting an unfamiliar church for adoration when a man tapped me on the shoulder and asked to talk. We snuck into the parish hall and he explained how he had homosexual tendencies and struggled to live chastity. He said he would come to adoration a few times a week where he felt God’s peace but was too afraid of the judgments of others to show up at Mass.

God loves us all. In his love, God lets us each have challenges to help us grow. For some people, these challenges include sexual attraction to the same sex. We don’t understand what causes such tendencies but in the end, the cause doesn’t change our exhortation to them. God loves them and we shouldn’t deny them that love. 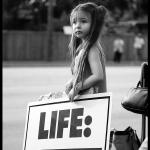 May 18, 2018
No More Funding for Planned Parenthood or Other Abortion Businesses
Next Post 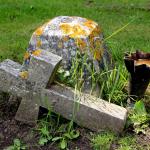 May 25, 2018 Goodbye Catholic Ireland: Lessons from the Abortion Referendum
Browse Our Archives
Related posts from Through Catholic Lenses