Bishop Robert Barron did an “Ask Me Anything” on Reddit today. I did an AMA with a fellow priest before and might do it again some time. It was really interesting to see all his answers. Here are what I think are the top questions and answers.

1. Faith as a Challenge

What do you find is the most significant challenge to your personal faith?

You know, like a lot of people over the centuries, I would say the problem of evil. Why do innocent people suffer?

I really am curious about your engagement strategies on the internet.

How do you discern it’s time to walk away from a discussion?

What strategies to you have for engaging with non-Catholics and lukewarm Catholics?

I think it’s time to walk away from a discussion when emotion has come to dominate reason. It’s so important that we’re really arguing about religious matters and not just sharing passionate feelings. As for luke-warm and non-Catholics, I usually like to start with something good, true, and beautiful in the culture–movies, music, etc.–and then show how these lead to God.

Why would God choose to reveal himself to only one nation? If the goal is for people to know God, why didn’t he make covenants with peoples all over the world so everyone would have an equal chance to know him?

Why do I get the benefit of being born into a Catholic family while other people may have never heard of God?

The bottom line is that if God wanted to reveal himself in history, he ipso facto had to reveal himself particularly, which means at a definite time and to a definite people. Now, the ultimate purpose of this revelation is to bring the divine truth and love to the whole world, which is why Israel properly understood its identity as missionary. “Mt. Zion, true pole of the earth, there all the tribes go up…”

Do you find it a major hindrance only being able to move diagonally?

This is the only question I include which Bishop Barron didn’t answer but I think it’s worth the laugh.

I am an atheist/agnostic who was raised Episcopal, and learned canonical Greek to read the New Testament in the original language many years ago. When I was considering my own faith, I could not get passed the fact that the central text of Christianity, the New Testament, was written by man. At the stage of translation, I can see how some meanings were changed or obscured. While this does not prove or disprove the existence of God, nor the truth of the scripture, it is indicative of the fact that everything of religion that we learn and know has first passed through the hands of people.

Is this something that you have worked through? I would be interested in how you resolve the acts of man in assembling the articles of faith for your own practice.

Well, any sort of divine revelation would have to pass through human minds, bodies, hands, and conversations. There is simply no way around this. And the same, actually, is true of any form of intellectual endeavor. Vatican II said that the Bible is the Word of God in the words of men.

How do we defend the moral truths that the catholic doctrine teaches in the light of moral failure of the catholic teachers?

It’s so important to distinguish the objective validity of moral teaching from the subjective responsibility of Church leaders. I mean, we’re all sinners who fall short of the glory of God. The fact that Church officials cannot always live up to the moral demands of the Church doesn’t tell against the legitimacy of those demands.

How would you defend the Catholic claim of papal supremacy? It seems to me that the development of a monarchical pope had more to do with politics than theology. I ask this as a former Protestant who is looking for an ancient, sacramental, and apostolic church.

Think of papal supremacy along the lines of umpiring or refereeing a game. Precisely because doctrine develops over space and time, there has to be some final authority to distinguish between legitimate evolution and corruption. Without this authority, the community tends to dissolve into endless bickering or it breaks apart.

I have never seen a good argument for why God exists. It seems to all come down to putting virtue into the mechanism of faith – which is an epistemology – or a way to know things – but faith isn’t reliant on evidence – just confidence. If I were to have faith – I could believe that literally anything is true – because all I’m saying is I have confidence that it is true – and that’s not evidence. Why are theists always so proud that they admit they have faith? Why don’t they recognize they have confirmation bias? Why can’t they address cognitive dissonance? Why do they usually ‘pick’ the religion their parents picked? Why don’t they assume the null hypothesis / Occam’s Razor instead of assuming the religion their parents picked is true?

Why don’t we bracket faith for the moment. The best argument for God’s existence is the argument from contingency. Things exist, but they don’t have to exist. This means that they exist through a nexus of causes. Now are these causes themselves contingent? If so, we have to invoke a further nexus of causes. This process cannot go on infinitely, for that would imply a permanent postponement of an explanation. We must come finally, therefore, to some reality which exists through itself, that is to say, not through the influence of conditioning causes. This is what Catholic theology means by the word “God.”

What’s the most important thing you’ve learned from dialoguing with atheists and agnostics?

I think that provides us with good information on sharing our faith online and answering the challenges of others. If you want to see all the questions, they are available on the AMA. THere were honestly a few others I really wanted to put on here. (Note: I shortened or made small corrections to several of the questions for readibility.) 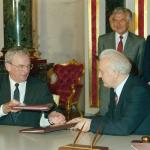 September 18, 2018
Famed Australian Atheist, Bill Hayden, is Baptized in the Catholic Church at 85
Next Post 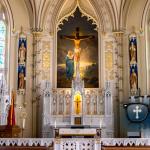 September 22, 2018 Announcement: New Weekly News Summary & Sponsoring Me on Patreon
Browse Our Archives
get the latest from
Through Catholic Lenses
Sign up for our newsletter
POPULAR AT PATHEOS Catholic
1