A recent article on Politico discusses the rise and fall of the anti-porn movement in depth. I want to quote some passages and offer some analysis. Before drawing conclusions, I’ll go through how religious leaders abandoned the fight, the Internet’s effect, and the current anti-porn movements.

The interview [of Jimmy Carter] had run in Playboy magazine, alongside nude photographs of Miss November and articles such as “The Vatican Sex Manual” and “Prurient Puritans.” In his televised Sunday sermons, [Jerry] Falwell began railing against Carter’s courtship of the randy men’s magazine and its 5 million readers. When Carter’s team tried to block one of his antagonistic sermons from being broadcast shortly before Election Day, claiming it violated the Federal Communications Commission’s Fairness Doctrine, Falwell raised the stakes. He assembled a group of leading fundamentalist ministers at the National Press Club in Washington and accused Carter of “muzzling a preacher of the gospel from preaching his moral convictions.”

When endorsing Trump, Falwell’s son seemed to have lost that focus.

Hours earlier, the younger Falwell [Jerry Jr.] had introduced the GOP presidential candidate Donald Trump to a massive gathering of Christian leaders, calling him “God’s man,” anointed to lead the nation in turbulent times. […] As they celebrated back at Trump Tower, Falwell sought to document the occasion with a photo. The future president stood in the middle, flanked by Falwell Jr. and his wife, Becki. Thumbs went up. The camera snapped. Falwell tweeted the photo to his 60,000 followers. There was just one hiccup: Lurking over Becki Falwell’s left shoulder, framed in gold, was a cover of Playboy, graced by a bow-tied Trump and a smiling brunette covered only by his tuxedo jacket.

Politico goes on to point out how this negatively affects individual churches and preachers.

Evangelical leaders I spoke with cited instances of pastors shying away from the subject for fear of alienating their congregants. “It’s very pervasive even in the church,” Perkins says. “It’s not just men, it’s women, too. … Some pastors are afraid to hit the issue too hard.”

When pastors know there is a serious moral issue but they don’t speak up about it, they abandon their congregation to the mores of society.

The Rise of the Internet

“It’s still a very big issue, but it’s not necessarily a policy issue because the internet has made it so that it’s everywhere,” he says. “I mean, even before the internet, the government didn’t do a good job of policing it. So how do you get the genie back in the bottle?”

Moving from Politics to Personal

As the anti-porn movement has moved away from politics in the US, they’ve moved into two other areas. First, it decided to motivate businesses to filter free wifi instead of asking governments to do so.

America is an exception in this sense. Many governments around the world aggressively police erotic content; even the liberal nation of Iceland has toyed with a sweeping ban on pornography. A controversial British law requiring internet users to be registered and age-verified before accessing adult websites is expected to be implemented by year’s end. There is no prospect for such action on this side of the Atlantic, in part because the First Amendment’s protections are so strong, but also because political appetite is so weak. In lieu of legislative intervention, advocacy groups work the edges of the issue, pressuring companies such as McDonald’s, Subway, Starbucks and Panera Bread to install filters on their free Wi-Fi networks.

Some, like NoFap, are even more explicitly about personal choice. NoFap states in the “What NoFap is NOT” section.

We, as Christians, need to stand up against this problem in every way we can. Both helping people see the dangers, preaching about morality and legislating to protect kids.

If you want to read the rest of this Politico article, it is worth it but it is 7300 words so grab a cup of coffee first.

First, enforce obscenity laws that make more extreme pornography illegal. This almost happened under Bush Jr. except the administration got sidelined by terrorism after 9-11. His attorney general planned on, “targeting the producers of hardcore material—depicting, for example, rape, violence or bodily waste—that satisfied the complex Miller test.” 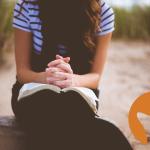 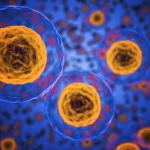 November 17, 2018 Changes in Embryo Research May Lead to More Ethical Vaccines
Browse Our Archives
get the latest from
Through Catholic Lenses
Sign up for our newsletter
POPULAR AT PATHEOS Catholic
1

094: Did Christ Found a Visible Church? (w/...
In this episode of The Cordial Catholic Podcast, I'm joined by Catholic...
view all Catholic blogs
Copyright 2008-2020, Patheos. All rights reserved.