A Different Story When a Bishop, Not a Priest, Is Accused (LA Auxiliary)

The Archdiocese of Los Angeles was aware of accusations against Auxiliary Bishop Alexander Salazar since 2005. The Vatican investigated around that time and decided to give him secret restrictions on his ministry. However, he was only barred from public ministry this week. How would have this case gone down were he a priest? It would have been quite different. I will quote the story then relevant norms.

The Case of the LA Auxiliary Bishop

Pope Francis has accepted the resignation of 69-year-old Auxiliary Bishop Alexander Salazar of Los Angeles after the archdiocese’s independent Clergy Misconduct Oversight Board recommended he not be allowed to minister because of an allegation of sexual misconduct with a minor in the 1990s. […]

In a letter to the people of the archdiocese, Archbishop Jose H. Gomez said, “I regret to inform you that in 2005, a year after he had been ordained a bishop, the archdiocese was made aware of an allegation against Bishop Salazar of misconduct with a minor.”

The Dallas Charter which regulates how dioceses across the USA deal with sexual abuse by priests has some relevant passages.

When there is sufficient evidence that sexual abuse of a minor has occurred, the Congregation of the Doctrine of the Faith shall be notified. The bishop/eparch shall then […] withdraw the accused from exercising the sacred ministry or any ecclesiastical office or function, impose or prohibit residence in a given place or territory, and prohibit public participation in the Most Holy Eucharist pending the outcome of the process.

Removing the priest from the clerical state (AKA, laicization or defrocking) is not mentioned explicitly but implying with recourse to the CDF.

The Archdiocese of LA noted that the Vatican, “investigated and permitted Bishop Salazar to remain in ministry subject to certain precautionary conditions, which he has respected.” So, the Vatican investigated the case and deemed it likely enough to restrict his ministry. When the diocesan review board was recently given permission to investigate, they concluded he should be removed from public ministry. Yet, after the first investigation, he was not removed from ministry. Even after the second investigation and the recent resignation, the CNS article makes no mention of pursuing Salazar’s removal from the clerical state.

Section 9.14 of the LA Archdiocesan Administration Handbook speaks of procedures when clergy are accused of abuse.

When a credible allegation is received of misconduct involving a minor victim, the clergy member alleged to have committed the misconduct is immediately placed on administrative leave pending the matter. In addition, announcements are made at parishes or other locations where the clergy member has served, in the event that there may be other victims who have not previously reported misconduct.

Any priest who was being investigated would be placed on administrative leave. A “credible accusation” is a relatively low bar to dismiss frivolous cases like if the priest wasn’t at the parish when the allegation says the abuse took place. Instead of administrative leave, Bishop Salazar was kept on as the auxiliary bishop with minor restrictions.

“Administrative leave” is much stricter than the term might seem. The Archdiocese of Philadelphia explains it:

So, no public ministry and even no associating with parishes or groups in the archdiocese. A priest put on administrative leave cannot show up at the parish or school where he was or even work as a parish secretary or accountant.

So, we can see a priest who had evidence similar to what Salazar had would have been completely out of public ministry from 2005. However, this bishop had restrictions on his ministry that almost nobody seemed to know about. I tried Googling articles on him before December 1st of this year and found no suggestions of these restrictions. Now he is removed from public ministry but there is no clear indication that procedures have begun to remove him from the clerical state as would have happened with a priest with similar evidence against him. Bishops need to be held accountable in a way similar to priests. When “there is sufficient evidence that sexual abuse of a minor has occurred,” (Dallas Charter) a cleric should be removed from public ministry, period.

Update: I should note a deacon would be the same as a priest.

December 19, 2018
The Friendly Atheist is Factually Wrong about Catholicism & Contraception
Next Post 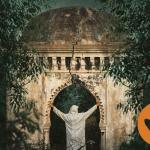 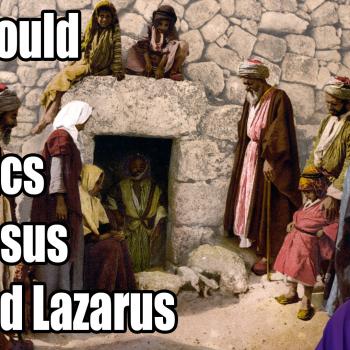 Catholic
We Should Treat Autistics Like Jesus Treated Lazarus...
Through Catholic Lenses