California Prepares to Make Martyrs of the Confessional

A new bill was just presented in California to force priests to reveal what is said in the confessional. The result of this law would be imprisoned, and possibly martyred priests. And it probably won’t stand up in court. I will explain the law, then go over why the seal of the confessional is inviolable, including those who’ve died to protect it, along with US precedent.

A California state lawmaker introduced a proposal on Wednesday that would require clergy to report child abuse or neglect disclosed during confession. […]

“SB 360 is about the safety and protection of children,” said Sen. Jerry Hill (D-San Mateo), who introduced the proposal. “The law should apply equally to all professionals who have been designated as mandated reporters of these crimes — with no exceptions, period. The exemption for clergy only protects the abuser and places children at further risk.”

Clergy, doctors, psychologists, marriage and family therapists and social workers are among some 46 categories of professionals required to report any suspicion of abuse or neglect to law enforcement.

But state law offers an exemption for any clergy member “who acquires knowledge or a reasonable suspicion of child abuse or neglect during a penitential communication,” defined as a sacramental confession or other communication made in confidence.

“Inserting government into the Confessional does nothing to protect children and everything to erode the fundamental constitutional rights and liberties we enjoy as Americans,” said Steve Pehanich, director of communications and advocacy for the California Catholic Conference.

The Seal of the Confessional

We as Catholics know that in the confessional the priest is acting in the person of Christ so is not acting on his own.

Canon Law gives us the minimum standard: “The sacramental seal is inviolable; therefore it is absolutely forbidden for a confessor to betray in any way a penitent in words or in any manner and for any reason.” (983.1) Catholic Straight Answers explains further:

The standard of secrecy protecting a confession outweighs any form of professional confidentiality or secrecy.  When a person unburdens his soul and confesses his sins to a priest in the Sacrament of Penance, a very sacred trust is formed.  While the priest is the minister of the sacrament, Christ is forgiving the sins, and the priest must not reveal to anyone else what has been really confessed to the Lord.  Moreover, what sins are forgiven are now in one’s past not to be carried into the present via some communication.  Therefore, the priest must maintain absolute secrecy about anything that a person confesses.  For this reason, confessionals were developed with screens to protect the anonymity of the penitent and to alleviate the possibility of the priest remembering a “face” with a confession.  This secrecy is called “the sacramental seal,” “the seal of the confessional,” or “the seal of confession.”

Martyrs of the Confessional

Several priests have died to maintain the seal. The most well known is St. John Nepomucene (pictured above):

One day, about 1393, the king asked him to tell what the queen had said in confession. When Father John refused, he was thrown into prison. A second time, he was asked to reveal the queen’s confession. “If you do not tell me,” said the king, “you shall die. But if you obey my commands, riches and honor will be yours.” Again Father John refused. He was tortured. The king ordered to be thrown into the river. Where he drowned, a strange brightness appeared upon the water.

If you want a more recent example, St. Mateo Correa Magallanes was martyred over this under 100 years ago in Mexico.

As a parish priest, Father Mateo Correa Magallanes, of Tepechitlan, Mexico, administered First Holy Communion to a youth who years later was to become a martyr, Blessed Miguel Pro. As it happened, Father Correa himself was to die for the faith in the same year as his communicant. In 1927, during the Mexican government’s continuing persecution of the Catholic Church, Father Correa was arrested by soldiers as he was bringing Viaticum to an invalid. Immediately the priest consumed the Host he was carrying to save it from desecration. After spending several days in custody, Father Correa was asked by a military officer, General Eulogio Ortiz, to hear the confessions of some imprisoned members of an insurgency movement, the Cristeros. The devoted priest did not decline this opportunity to administer the sacrament. But afterward, General Ortiz demanded of Father Correa, under pain of death, that he reveal the contents of the confessions. Father Correa refused, answering, “But don’t you know, general, that a priest must guard the secret of confession? I am ready to die.” He was shot to death on February 6, 1927.

In 1813, the Court of General Sessions in New York ruled protecting the confessional seal.

The question then is, whether a Roman catholic priest shall be compelled to disclose what he has received in confession – in violation of his conscience, of his clerical engagements, and of the canons of his church, and with a certainty of being stripped of his sacred functions, and cut off from religious communion and social intercourse with the denomination to which he belongs. […]

After carefully examining this subject, we are of opinion that such a witness [a priest who heard the accused’s confession] ought not to be compelled to answer.

A more recent brief by the Christian Legal Society stated:

Although modern courts do not recognize it, the clergyman-communicant privilege is best understood as grounded in church autonomy principles. The church autonomy doctrine recognizes that the church, with respect to ecclesiastical matters, possesses a sphere of authority into which the state may not intrude. [… cites above case]

More recently, the U.S. Supreme Court stated in dicta that the evidentiary privileges protecting private communications between a “priest and penitent, attorney and client, and physician and patient . . . are rooted in the imperative need for confidence and trust.” In particular, “[t]he priest-penitent privilege recognizes the human need to disclose to a spiritual counselor, in total and absolute confidence, what are believed to be flawed acts or thoughts and to receive priestly consolation and guidance in return.” Although true, the jurisprudential basis for the privilege is anchored more deeply in the First Amendment. […]

I consider the government of the U.S. as interdicted by the Constitution from intermeddling with religious institutions, their doctrines, discipline, and exercise. Certainly no power to prescribe any religious exercise, or to assume authority in religious discipline, has been delegated to the general government.

The Confessional Is a Hill I’m willing to Die on

Protecting the seal is not about protecting abusers but about protecting the inviolability of each person’s conscience. If one person who goes in can’t be sure their secret remains between them and God, others will doubt it too. On top of that, if an abuser knows its secret, he might go and the priest might convince them to turn themselves in – but if it isn’t secret, that opportunity is lost. Honestly, I think many abusers don’t and won’t go as they’ve twisted their minds to think it is OK.

Even bad priests have kept the seal. We priests will stand up absolutely and submit to death and imprisonment first.

There are two possible likely of trying to enforce this law. First, innocent priests are put in jail. Second, it is overturned by the Supreme Court or a US Circuit Court. The civil authorities won’t be extracting information out of this power move over the Church.

Note: Writing things like this pays little, so I appreciate your support. Thank you! Become a Patron! 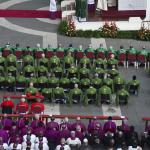 February 19, 2019
Open Letter to Priests and Bishops: Resign If You Need to
Next Post 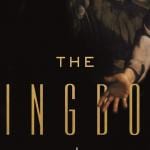 February 22, 2019 One Page Doesn't Ruin "The Kingdom" or Other Literature.
Browse Our Archives
Related posts from Through Catholic Lenses