Yesterday, the Maryland house of delegates passed a bill legalizing assisted suicide by 3 votes: 74-66. (71 needed for passage.) This bill has been presented 3 previous times and died in committee all of those times. I can’t understand how someone could be so set on killing others. I will summarize this bill then speak of why assisted suicide is wrong.

The legislation would allow a doctor to prescribe drugs to a patient that the person could take to end his or her life. The patient must be at least 18 years old and have a terminal illness with a prognosis of less than six months to live. The patient must request the prescription on three occasions, including once in private and once in writing — provisions meant to prevent patients from being coerced. [Below, I will explain why these “protections” offer little protection.]

Supporters said having the option of medically assisted suicide would allow people to maintain control and die without suffering. […]

“This is an intensely painful issue for all of us,” said Del. Geraldine Valentino-Smith, a Prince George’s County Democrat who spoke against the bill.

“I think that the quote that ‘Every person is one bad death away from supporting this bill’ was prophetic. It has been the thing that has resonated most with me over the years,” Pendergrass, a Howard County Democrat, said in an interview.

Now we must rely on the Senate to kill a companion bill sponsored by Sen. Will Smith or for Governor Hogan to veto it.

Proponents claim this bill has safeguards that protect Maryland and only affects those who choose to use it. That is not true.

Allowing doctors to prescribe lethal doses of addictive drugs with no way to make sure those drugs don’t end up in the wrong hands or on our streets is bad policy. We need less drugs not more.

And there is nothing in this bill to ensure that insurance companies don’t deny coverage of life-saving treatments and instead fully pay for these lethal drugs because it’s more cost efficient to end life than it is to save it.

Despite what proponents claim, this bill does nothing to ensure the elderly, veterans, people with disabilities, and those diagnosed with terminal illness are not pressured into taking their lives because this would be an option.

This is the reality: the claim is always a person close to death who has full freedom but in reality it is the poor, disabled and elderly who are pushed into killing themselves by the system.

They also created a form for you to email your Maryland representatives.

On a fundamental level assisted suicide puts man in God’s place deciding when man passes from this life. It goes against our nature as humans who seek what is good and against doctor’s ethical codes which say “do no harm.” However, that is not all.

Problems I’ve Seen in the Past 8 Months

Recently, I have written about how legalizing euthanasia or assisted suicide:

In Canada, they said they were legalizing assisted suicide, but in practice, 99.95% of people dying through deadly drugs were euthanized (medicine administered by a doctor or nurse, so consent is less clear). Canada is also limiting conscious objections to push doctors to prescribe deadly drugs against their morals.

A Doctor’s Editorial Against Assisted Suicide

s a physician, I have the ultimate respect for life. All my training over the last 30 years has been to promote, support and protect life. I am opposed to the recently renamed End-Of-Life Option Act. […] Call it what you want, it’s still physician-assisted suicide.

I realize that no one can cheat death. That event will happen regardless. What is driving this unfortunate bill is fear. Fear of pain, fear of being a burden, fear of lack of control, fear of feeling hopeless and depressed. Only poor decisions can be made based on fear and lack of knowledge.

As a physician, it is my job to educate and support patients so that they live the completion of their life to the fullest. This means that I reassure them that their pain will be well-managed and follow through on resources to help them with this. They don’t have to live in fear of pain because we have tackled this problem head-on. […]

Kind, caring, compassionate physicians are the ones who can really guide and help their patients navigate this.

Any doctor who chooses to assist his patient in taking his own life has preyed upon an innocent victim. How can anyone trust a doctor to be fully supportive of their health and well-being when they also have the legal right to kill? I did not spent 10 years in training to obtain a licence to kill. I do not support suicide and neither should your doctor.

If you live in Maryland, please write and phone your state senator and Governor Hogan.

Note: I appreciate any help you can offer me via Patreon. 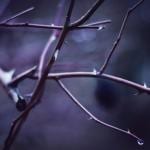 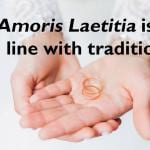 March 13, 2019 Amoris Laetitia: A Complete Guide for Chapter VIII on Communion
Browse Our Archives
get the latest from
Through Catholic Lenses
Sign up for our newsletter
POPULAR AT PATHEOS Catholic
1

Your Choice: The Eucharist or the...
On the Catholic Beat

Catholic
Video Shows the Need to Train Priests on...
Through Catholic Lenses

Catholic
A Quick Blog Interview on Autism
Through Catholic Lenses

Conversation Between Mary And Jesus Before Dinner
Here is an imagined conversation between Our Lord Jesus and the Blessed...
view all Catholic blogs
Copyright 2008-2020, Patheos. All rights reserved.