Pope: Evangelize 1st by Example! Not “Don’t Convert Others”

On Sunday, Pope Francis spoke to the Christian minority in Morocco. He spoke of how we should lead others to Jesus primarily through example, through loving and encountering others. However, this was misunderstood by many inside and outside the Church as he compared this path of conversion to a negative form of proselytizing. I will analyze the text after showing the misunderstanding.

Here are just a few of the headlines on this speech with miss the mark.

Reuters: “Conversion is not your mission, pope tells Catholics in Morocco.”

Two other headlines focused on the aspect of dialogue in the speech. This is not necessarily misleading as that was part of the speech, however, one includes a clear misunderstanding of Francis’ words on proselytism in the text.

AP: “Pope tells Moroccans ‘we are brothers and sisters.'” The text includes: “They [Moroccan Christians] shouldn’t seek to convert others to Christianity but rather engage in dialogue and charity.”

Voice of America: “Pope Urges Catholics in Morocco to Dialogue, Not Proselytize.” This is OK in summarizing the passage in question:

Francis drew applause when he told them they should not proselytize. The church grows, he said, when people are attracted to its message, witness its charity and engage in dialogue as part of a human family.

The basic issue I think many journalists and readers miss is that to convert and to proselytize are two different actions. Unfortunately, in Merriam-Webster, the first definition of “proselytize” is to lead someone to convert.

Pope Francis, and others in the Church, generally mean a specific form of leading someone to convert by “proselytize.” Proselytism is a particularly forceful and unscrupulous method of pushing someone into conversion. A 2007 Vatican document clarified what was meant by “proselytism” in a negative sense:

In recent years, the Church has emphasized evangelization by drawing people to the beauty of Christian life, by example, by charity. This goes back to at least Paul VI.

Paul VI said, “Modern man listens more willingly to witnesses than to teachers, and if he does listen to teachers, it is because they are witnesses.”

For all Christians, wherever they live, are bound to show forth, by the example of their lives and by the witness of the word, that new man put on at baptism and that power of the Holy Spirit by which they have been strengthened at Conformation. Thus other men, observing their good works, can glorify the Father (cf. Matt. ES:16) and can perceive more fully the real meaning of human life and the universal bond of the community of mankind.

An extremely important aspect of your role is that you are called to lead the young to Christ, to inspire them to follow him, to show them his boundless love and concern for them, through the example of your own life. Through you, as through a clear window on a sunny day, students must come to see and know the richness and the joy of a life lived in accordance with his teaching, in response to his challenging demands.

The Church does not engage in proselytism. Instead, she grows by “attraction”: just as Christ “draws all to himself” by the power of his love, culminating in the sacrifice of the Cross, so the Church fulfils her mission to the extent that, in union with Christ, she accomplishes every one of her works in spiritual and practical imitation of the love of her Lord.

I’m sure there are plenty of other examples. Those were just some of the first that came up.

First, he talks about our mission to share with others.

Our mission as baptized persons, priests and consecrated men and women, is not really determined by the number or size of spaces that we occupy, but rather by our capacity to generate change and to awaken wonder and compassion. We do this by the way we live as disciples of Jesus, in the midst of those with whom we share our daily lives, joys and sorrows, suffering and hopes (cf. Gaudium et Spes, 1). In other words, the paths of mission are not those of proselytism, which leads always to a cul-de-sac, but of our way of being with Jesus and with others. The problem is not when we are few in number, but when we are insignificant, salt that has lost the flavour of the Gospel, or lamps that no longer shed light (cf. Mt 5:13-15).

Second, Francis talks about being yeast.

You know very well that our lives are meant to be “yeast”, wherever and with whomever we find ourselves, even if this appears to bring no tangible or immediate benefits (cf. Evangelii Gaudium, 210). For being a Christian is not about adhering to a doctrine, or a temple or an ethnic group. Being Christian is about an encounter. We are Christians because we have been loved and encountered, and not as the result of proselytism. Being Christian is about knowing that we have been forgiven and are asked to treat others in the same way that God treated us. For “by this everyone shall know that you are my disciples, if you have love for one another” (Jn 13:35).

I doubt either of those paragraphs can be said to be against conversion if we read them as a whole and understand that not all conversion is proselytism. They are both calling us to convert others through love and example.

Unfortunately, in too many people’s minds “convert” and “proselytize” seem synonymous. However, they are not. If we see the difference, it becomes obvious that Francis is calling Moroccan Christians to convert others primarily by example as other recent Popes have said.

Note: Please support me on Patreon.

In December 2019, I wrote a similar article when a similar comment of the Pope came up. 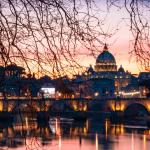