Disability Should Be Part of Christian Witness

In an interview, I said some similar lines specifically about autism: “Autism is part of the peripheries. We often think of peripheries geographically, but so often the dividing line of the periphery is due to a trait the person has such as being on the spectrum.” I think the gist of what Conner is trying to get at is good. However, Conner’s book, Disabling Mission, Enabling Witness: Exploring Missiology Through the Lens of Disability Studies, is not without flaws.

Explaining mission studies, he does make some points about how the Church can often seem like an inaccessible “city on a hill” for the disabled. Connor also points to the need for inclusion in mission. He quotes a statement by the World Council of Churches: “The Church cannot exemplify ‘the full humanity revealed in Christ,’ bear witness to the interdependence of humankind, or achieve unity in diversity if it continues to acquiesce in the social isolation of disabled persons and to deny them full participation in its life.” (56)

However, Conner’s summary of missiology has some issues. He seems to follow a bent that pushes building Christianity in a culture in a way that goes beyond enculturation to a proposal that may be problematic. Historically, Christians have had a problem where some missionaries have asked people to adopt European customs then adopt Christianity. He and those he quotes have a serious danger of over-reacting to this inappropriate tendency, and pushing the local culture too much. He states, “Unless the gospel… separates itself from the culture it received from, it will be incarnated in the other culture.” (42) The way he interprets this seems to indicate a rather separate Church for each culture. Obviously, Christianity should adapt to other cultures by we can’t remove things like transubstantiation, divine hypostasis, etc. which came about in a certain culture. Also, we are one Church with different cultural manifestations.

Realities of Mission and Disability

The second half of the book explores three realities of mission and disability. The first is the Deaf community who considers themselves to be a separate community. Disabilities that affect communication tend to do this as autistics are also like this. Conner explains, “Since Deaf people live almost entirely in the world of hearing, there is often a strong desire to be among other Deaf people.” These people like community with those like them; thus, to evangelize these people, we need to get inside their community.

As far as intellectual disabilities, his second point, Conner begins by dispelling some myths. He then makes two good points: first, he explains the difficulty of independence like other disability communities often seek – even in their self-advocacy they often need a moderator. He then notes how we often fail to include these people when talking about how man is the image and likeness of God, “I did not find the issue of ID or disability in general addressed at any depth (and rarely at all!) in any of the works about the image of God or theological anthropology that I surveyed.” (107) Finally, in this category, Conner points out that the intellectually disabled often point us away from a manipulative push for saying a word or phrase, to a deeper encounter with Jesus in a local Church community.

Finally, Conner speaks of the challenge of theological education regarding disability. He encourages Christians to counter the cultural normalcy and homogeneity to accept those outside the norms like the disabled.

Obviously, Conner is a Protestant and teaches at a Protestant seminary, so I’m not going to expect a Catholic view from him. I think Catholicism would add a sense of liturgy, which is not particularly evident, a sacramental reality to counteract the discounting of the disabled, and a balance in inculturation.

Despite the difficulties, I think that Conner’s book is generally good with the big exception being that he might go too far in trying to bring the Gospel into a culture. 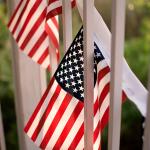 June 4, 2019
Both Republicans and Democrats Should Be 100% Pro-Life
Next Post 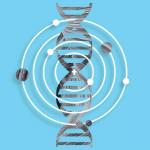 June 11, 2019 Decent Answers to Faith and Science
Browse Our Archives
get the latest from
Through Catholic Lenses
Sign up for our newsletter
POPULAR AT PATHEOS Catholic
1