Helping Out at a Special Needs Mass

A few weeks back I was visiting my family in Calgary and helped out with a special needs Mass. They call it “special needs,” as it can serve a few conditions but I can say that a large percent were autistic. This seems like a great initiative from the diocese and I hope other dioceses can organize similar things.

The diocese of Calgary ran a story later on their website:

“Father, can I tell you a question?” Nervous giggles whisper about the church. It is always a tad risky for a Catholic priest to invite children to sit quietly near the altar during a homily. This particular moment seems more fraught than usual. Rain pounds the roof at St. Patrick’s church in southwest Calgary. The lights in the nave are dimmer than one might expect. The pews are a bit more restless. This is the regular 5 pm mass at St. Patrick’s Church in Shawnessy. Truth told, there is little regular about this mass—and that’s why most of the 200-plus people are there on Sunday, June 22.

Catholics the world over are accustomed to bringing their individual petitions to mass. But this mass at St. Patrick’s is different. This is a Special Needs Mass. Lest there be any confusion over what that means, this mass is for people whose special needs require medical, mental or psychological support. The pews are mostly populated by families with children whose normal behavior would raise the eyebrows (and sometimes the ire), of other churchgoers. An adult man in the front pew talks, out loud, through the service. When he needs a washroom, a fellow parishioner helps him find his way. […]

That message [of a different community] resonates with Fr. Matthew Schneider. “There is a natural sense of community when we come together to worship. Where possible, it’s nice to be able to add elements that make worship more meaningful to certain groups of people,” says Schneider, who said the Special Needs Mass at St. Pat’s on June 22.

A former Calgarian now living in Washington, D.C. where he’s working on a Doctorate in Theology, Schneider says one Catholic church in Washington hosts a regular mass that features an interpreter for the deaf. Other masses are conducted in languages other than English. He likes what St. Pat’s has consciously done to accommodate a group of believers often marginalized in the greater society.

You can read the rest.

I really hope that many dioceses find a way to organize something like this. If someone wants to, I could likely be a consultant.

In other news, around the same time, I was interviewed on Al Kresta about autism.I’m the first half of this hour from their archives. I think I’ve said all in this interview elsewhere and the audio quality isn’t great but I wonder if that might help some people.

Note: Please support me on Patreon so I can make more like this. 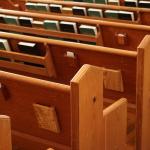 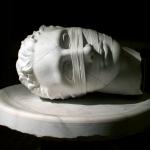 July 23, 2019 Autism Is NOT Due to Parental Sin, Fr. Valanmanal
Browse Our Archives
Related posts from Through Catholic Lenses