Genetic privacy is one of the key moral issues in the public sphere over the coming decades. Who can collect my DNA, how is it stored and how is it used, including its use for relative identification? A recent Pew study found many more Americans are willing to give up privacy in this regard than those concerned about it.

Let’s examine the Pew study and some issues with using genetic databases of the general population. It is fine to use DNA of suspects for this crime or prior criminals but here we are talking about libraries of almost the whole population.

Roughly half of Americans (48%) say it is acceptable for DNA testing companies to share customers’ genetic data with law enforcement agencies to help solve crimes, according to a Pew Research Center survey of U.S. adults conducted June 3-17, 2019. Fewer – a third – say this is unacceptable, while 18% are unsure.

48% vs. 33% is about 3:2 as I indicated in the title. A lot of the rest of the article breaks it down by demographics, which I won’t focus on. But they also note some issues most would not be aware of:

These findings come at a time when the use of at-home DNA testing kits has raised concerns about whether consumers understand and are comfortable with the use of their data by police. The Department of Justice recently announced guidelines allowing federal investigators to use data gathered by commercial DNA testing websites in criminal investigations.

The ACLU Fights This

As much as I disagree with the ACLU on a lot, I think they get some things right here. Pew cites a Washington Post piece by an ACLU staff lawyer:

Testing DNA holds immense promise: It can help us identify and ultimately treat health risks, teach us about our origins and even reunite families. But those benefits are only possible because our DNA holds deeply sensitive information about us — and about our relatives. In submitting our DNA for testing, we give away data that exposes not only our own physical- and mental-health characteristics but also those of our parents, our grandparents and, as in DeAngelo’s [the man charged as the Golden State Killer] case, our third cousins — not to mention relatives who haven’t been born yet. […]

We should be able to access the benefits of technological advances without giving up our rights.

For starters, private companies have an important role to play in safeguarding sensitive information. 23andMe already has a commendable policy explaining that its results cannot be considered “proof in a legal context” because the company lacks “the means to reliably connect any particular DNA sample or account to an individual.” The company also bars law enforcement from submitting samples from incarcerated people or those charged with a crime for testing. […]

All of these [consumer gentic testing] companies should make clear that the genetic material they collect from users is not available to serve as legal proof and that law enforcement cannot use their services to test prisoners and arrested individuals or to conduct investigations. Otherwise, the public may have to choose between accessing the benefits of genetic science and maintaining its privacy rights.

I’ve written on Genetics and privacy a few times before. Here are some key lines.

First, we can worry that they may store your DNA forever. DNA testing companies promise some privacy: you can sign the form so they destroy your samples after the tests… However, all that data from the report is still in their database, associated with your name. What if they get hacked?

Beyond that, we need to start thinking about who they share data with. We know DNA companies have shared data with the FBI and with pharmaceutical giant GlaxoSmithKline.

However, the biggest worry I’d have is third parties who might be able to make decisions about you based on your DNA. Imagine if your health or life insurer realized you had a predisposition to diabetes. Would that mean your premiums would increase dramatically despite having no signs of the condition? Fortunately, “Most life insurers are restricted by state laws from using genetic information in the underwriting process, which protects genetic results as a form of private property.”

Last June, I noted how these companies don’t even fall under general health privacy laws in the USA.

As these companies are consumer not medical, they are not regulated by HIPAA or other medical health privacy laws. This creates a danger of misuse. We do have a right not to have our DNA sequence posted to the public. On the other hand, moral issues [are significantly less serious] doing tests for genetic predispositions with your doctor if kept private. These companies have all your genetic information on their computers and it is not clear what degree of data protection they have. When people can hack credit card lists, I’m wondering if they can hack this too.

In August, I wrote about criminal cases using a system like this. I noted that our DNA is one of the most intimate things about ourselves so deserves some privacy.

We don’t talk about the privacy of a pro athlete’s performance on the field because that is fully public. However, we all realize that they still have privacy over their bankcard PIN, and the way they decorate their house. Privacy is about what is intimate to the person. Garret Keizer bases privacy on “a creaturely resistance to being used against one’s will.” We don’t want what is intimate to be used in ways we don’t approve. Privacy is protecting ourselves from such intrusion.

When we think of intimacy, we obviously have many different levels from the totally public to the totally intimate. A person might share with the world that they sell new cars for a living; they might share with friends and coworkers that their numbers are down; but they might only share with their insecurities about this drop with their spouse; and the deepest level of concern for this is something they carry inside themselves…  Along with our psychology, our DNA is something that is unique and un-shareable. However, unlike psychology we now have an objective measuring stick. I might know that my dad and grandpa had skin cancer so I’m at high risk for this condition, but my DNA would tell me more precisely my level of risk.

Evidently, if our DNA is one of our most intimate aspects, it should have a large degree of privacy to avoid being used against our will. However, with these family tree databases, when a person decides to share this intimacy with the world, they also share a bit of what’s intimate to their extended family.

Hopefully, we think through how we use networks of DNA for criminal investigation. As the lawyer for the ACLU notes, “People may not be so troubled by such an intrusion when it comes to a serial killer, but imagine the implications of using this technique for shoplifters or trespassers.” We need to think about this. We also need to think about when we require the police to get a warrant, and about how police or others with such access could abuse information. Other than minor traffic things like speeding tickets, I’ve never done anything criminal; yet, I am still concerned about police or the government having access to my DNA as it would be so easy to misuse that information.

Note: My community relies on donations and writing these blogs pays almost nothing. You can support me monthly on Patreon or one-time via Acceptiva. 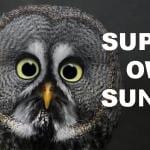 February 7, 2020 How to Change the Super Bowl Halftime Show
Browse Our Archives
get the latest from
Through Catholic Lenses
Sign up for our newsletter
POPULAR AT PATHEOS Catholic
1 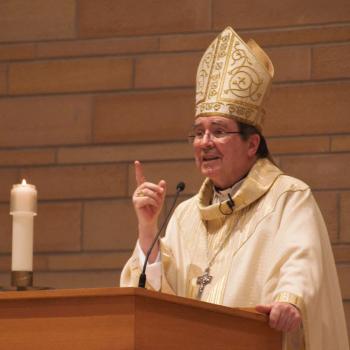