A Marriage Preparation or Enrichment Program Worth Considering

John and Claire Grabowski, One Body: A Program of Marriage Preparation and Enrichment for the New Evangelization (Steubenville, OH: Emmaus Road, 2018)

John and Claire Grabowski recently wrote One Body aback in 2018. I had submitted a review someone said they’d publish soon, but since almost two years later it isn’t published, I’m posting it to my blog. The book is a study guide for marriage preparation or marriage enrichment in small groups.

The two are qualified: John is an associate professor of moral theology at the Catholic University of America and the author of several books on ethics. They have been married since 1985; they have been on the Pontifical Council for the Family since 2009; and they wrote a commentary on Familiaris Consortio.

Overall, I rate this book very good with one precaution that it only works well for those with a good background. I will review this book in three parts: an outline, session summaries, and a rating

This book is divided into seven sessions, covering the basics of Church teaching on marriage. The Grabowskis recommend at least two weeks between each session for couples to discuss and read on their own.

Each session opens with a suggested scripture passage and prayer, then a catechetical reflection. Following this is a “Thoughts from Claire” section where she explains how they have lived this out in their marriage. Discussion questions follow, which end the first chapter and the whole session for the last two sessions. The second chapter of the first five sections includes longer Biblical passages for reflection.

The first session, “Solitude, Vocation, the Call to Unity,” is a summary of the first part of John Paul II’s theology of the body. It covers Jesus’ discussion with the Pharisees on “in the beginning,” original solitude, original unity, and original nakedness. (Cf. John Paul II, Man and Woman He Created Them: A Theology of the Body, trans. Michael Waldstein (Boston: Pauline, 2006) 1:1-13:1.) One Body makes important exegetical points about the first creation story: selem, the Hebrew word we translate “image,” means, “human beings share in God’s authority over creation”; (16) and the Hebrew word ezer has no connotations of being secondary like our translation “helper” might. (cf. 18)

The second session, “‘To Leave and to Cling’: Forming a New Family,” goes deeper into the second creation account. Claire tells a valuable story about her mother-in-law to explain how couples have to compromise on traditions.

“Marriage as a Covenant and a Sacrament” is the name of the third session covering the marital bond. It begins by describing the difference between a covenant and a contract using imagery from the Old Testament such as Abram’s covenant in Genesis 15 where he walked between the split animals. It continues this message using the theology of the body, which, “Repeatedly reminds us that the body is the expression and revelation of the person.” (53)

Two of the Gospel texts for session three – the Fall (Genesis 3), and Matthew 5:28 – are not clearly connected to the theme of covenant, while the third – the prayer of Tobias and Raguel – seems more connected to marriage qua covenant.

The fourth session, called “Nakedness, Love vs. Lust, the Gift of Children,” focuses on children in marriage and proper sexual practices during marriage. They balance things out as after talking about Natural Family Planning, they begin the next paragraph, “But the fact that the Church approves natural means of birth regulation should not obscure the fundamental teaching of scripture and the Church’s Tradition that children are a great gift.” (83)

The fifth session, “Mutual Submission: Church Teaching and Practice,” tackles challenging problems directly. They immediately deal with the seeming contradictions in the Bible where Jesus raises women’s status, yet not one of the twelve apostles is a woman. The Grabowskis mention that at times the Church overemphasized man’s headship in the family. However, this history is not the last word. They quote Casti Conubii on the double primacy: “For if the man is the head, the woman is the heart, and as he occupies the chief place in ruling, so she may and ought to claim for herself the chief place in love.” (Pius XI, Encyclical Letter on Christian Marriage Casti Conubii (December 31, 1930) 27.) Their discussion of mutual submission is a paraphrase of John Paul II’s detailed analysis of Ephesians 5 in the theology of the body (it might have been better to put this passage here than as part of session four). (Cf. John Paul II, Man and Woman… 88:1-93:7.)

The sixth session, called “The Forms of Intimacy in a Healthy Marriage,” explains how the category of intimacy goes far beyond sexual relations. The Grabowskis explain, “Social scientists and marriage counselors describe multiple forms of intimacy necessary for a healthy marriage – verbal/emotional, physical, spiritual and sexual.” (130) They go on to note, “Couples whose only physical contact is sexual in nature often suffer from an overall lack of intimacy in their relationship.” (131)

The seventh session ties up odds and ends. The conclusion explains their journey towards writing this book.

Before a final rating, the doctrine, the audience and the use of the book will be discussed. I will refer to other successful marriage preparation, notably people I know who run the largest program in the archdiocese of Washington. (See: “Preparing for Happy Marriages” in Regnum Christi (February 13, 2018) http://www.regnumchristi.org/en/preparing-happy-marriages/.)

This program is fully sound doctrinally and has well-done explanations. The authors blend theology of the body, magisterium and scholarship together without turning the book into a thick theology text. Repeatedly, I recognized theological concepts or texts paraphrased behind the book’s text.

The Grabowskis deal with some difficult topics with grace. In session six, they bring up psychological sex differences. Even though the science is relatively clear on this, our culture thinks that such differences do not exist. This is often the most controversial topic in marriage preparation. They explain these differences as “approaches,” “styles,” or how the sexes “tend.” (130) They talk about in a friendly and casual manner not claiming to be experts in social science research on this difference or enforcing a kind of strict division between sexes.

This book is for marriage preparation or enrichment. It works well for couples who have a good catechetical background but does not reach couples with large gaps in formation. Three reasons present themselves.

One Body jumps straight into deeper topics: the first page mentions theology of the body, Jesus’ discussion with the Pharisees, and creation in Genesis. The first chapter includes such concepts as original unity, nakedness without shame, and the vocation to celibacy. That may be too much for less catechized couples.

In the discussion questions, Catechism numbers are referenced as an answer key. However, they offer no argument for couples who struggle with a point.

Finally, the Grabowskis fail to explain the difference between lust and libido, when our society often equates the two. A priest who runs marriage preparation monthly said that they need to distinguish lust from libido every time. After talking about clearer signs of lust, they state, “Lust can also invade hearts and relationships of those who are married, as when a couple deliberately exclude the life-giving potential of sexual intercourse through some form of contraception or when one spouse engages in sexual practices which demean the other person.” (82) The uncatechzed likely don’t understand what is meant by demeaning sexual practices, yet the Grabowskis do not explain it further.

In the introduction, they list four stages of preparation for marriage: remote, proximate, immediate, and ongoing. The book is only intended for the last two (marriage preparation or marriage enrichment). They assume a good background, “In Christian moral living, including sexual morality, marriage, and the nature of family life,” (xiv) from the prior two stages. This goes back to the critique above.

Overall, I give One Body four out of five stars. It explains marriage and Christian sexual ethics comprehensively. The scripture passages and personal stories are well-chosen. However, I remove a star as several aspects of the book go too deep too fast for many couples with a limited faith background.

I think they achieve what they set out to do in the introduction. “Even for those who have encountered Christ, there is always the opportunity to go deeper in their faith. Marriage formation should also be an opportunity to understand more fully the gift of marriage.” (xiii) This book shows that gift clearly.

Note: Please keep supporting me via Patreon to help my community and help me keep writing. 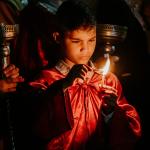 April 24, 2020
Helping Autistics Participate in the Liturgy
Next Post 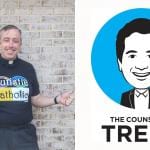 May 1, 2020 Ministering to the Disabled on the Counsel of Trent Podcast
Browse Our Archives
get the latest from
Through Catholic Lenses
Sign up for our newsletter
POPULAR AT PATHEOS Catholic
1