Ask Politicians About Assisted Suicide or It Becomes Law

States have slowly been adopted assisted suicide legislation. This is unethical as it is taking a life before it is over. It often means the elderly or disabled are pushed towards taking pills to kill themselves.

Almost any state could be next. And as a Catholic, this is a top voting issue as it involves the taking of human life. Until Roe v. Wade is overturned, states are unable to make significant abortion restrictions. If no significant restriction of abortion is currently within a state’s power, euthanasia may even be the biggest moral issue on the ballot.

However, at the same time, it almost never comes up in debates. It is not mentioned in a gubernatorial race, then it is passed into law. We need to bring this up and question politicians.

The most recent US state to make it legal was Maine starting January 1, 2020. This was signed into law by their governor who was elected in 2018. I struggled to find the candidates’ positions searching Google from June 1 to the election day of 2018 on Google. I finally found one voter guide mentioning it, and Janet Mills, the current governor is listed as “unknown.” Shawn Moody, the Republican candidate does answer he’s against assisted suicide, but his position on this is hard to find elsewhere.

Hawaii passed assisted suicide in 2018, coming into effect in 2019. The gubernatorial election before then in 2014 was between David Ige and Duke Aiona. The Hawaii Catholic Herald pointed to “physician-assisted suicide” as a question to ask the candidates for governor and legislature. However, extensive searching comes up empty on candidates’ positions.

New Jersey, the next most recent state to pass assisted suicide, is slightly different as it was brought up in 2014 but died when then-Governor Chris Christie vowed to veto it. Thus, by the 2017 election between then and the passage in 2019, candidates for governor were on the record regarding assisted suicide. In February before the 2013 election, Chris Christie had not taken a public position on assisted suicide. I couldn’t find anything for Barbara Buono, his Democratic challenger.

California, Vermont, and DC have also passed it through the legislature. The clear debate has often been absent beforehand. Colorado, Oregon, and Washington passed similar laws in a referendum and Montana’s courts made it legal.

This lack of debate in many places adds to the moral issues with assisted suicide.

Why Assisted Suicide Is Wrong

We should all live in accord with our human dignity. Death is scary but palliative care can help us in our dying moments to live it with dignity. Palliative care can take care of pain and most other symptoms to avoid an excessively painful death.

However, there is a big difference between palliative care helping us live those last moments and assisted suicide where we hasten those last moments and leave this earth before our time. The Catechism (2281) states: “Suicide [whether physician-assisted or not] contradicts the natural inclination of the human being to preserve and perpetuate his life. It is gravely contrary to the just love of self.”

Most people, independent of religion, understand suicide is a terrible tragedy: suicide prevention lines are universally praised when effective. However, somehow, some switch when it comes to getting a prescription of pills rather than other methods.

they are truly free. Second, the law nudges people towards the choice of suicide, especially those with serious chronic conditions, rather than protecting them as we protect most by helping them overcome suicidal ideation. Third, assisted suicide takes away the most fundamental right, the right to life.

If you want more, the US Bishops’ made a full policy statement.

What You Can Do About It?

I think the first step is to ask every person up for election in a state election about assisted suicide. The Hawaii Catholic Herald above gives a simple but clear question: “Would you vote to legalize physician-assisted suicide in [your state]?” Every politician running in every state should be answering that question. Obviously, some changes might be needed like changing voting to signing for a governor or legalization to repeal where it is already law.

Whether people are aware during the election cycle or not, state governments can legalize assisted suicide in the next term. We saw above that many times it wasn’t even mentioned by the gubernatorial candidates the election beforehand.

Next, we need to help others grasp human dignity better so that they understand why assisted suicide is wrong and should be illegal. We need to help them see the dignity in suffering.

Finally, remember this when you vote. Assisted suicide is definitely one of the biggest moral choices that elected officials at the state level can make. It is one of the few big moral issues where federal law or Supreme Court decisions don’t significantly affect the range in which a state is able to set policy and enforce it. Banning any type of abortion cannot be enforced. Even laws like requiring the abortionist to have hospital admitting privileges often cannot be enforced. Thus, a state legislator cannot do much on abortion till the Supreme Court undoes prior decisions like be due to Roe v Wade. On the other hand, no federal regulations or Supreme court cases restrict a state from passing anything from a complete ban on assisted suicide to allowing it without any regulations to prevent additional abuse. Yet, at the same time, assisted suicide is barely discussed. We cannot let this stealthily become the law in every state.

Note: Please support me on Patreon so I can keep writing things like this. My community relies on donations from readers like you.

October 27, 2020
"Cost-Savings" Claimed as Euthanasia Benefit in Canada
Next Post 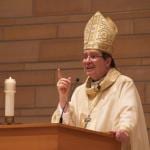 November 5, 2020 Nuncio Further Clarifies Pope on Civil Unions
Browse Our Archives
get the latest from
Through Catholic Lenses
Sign up for our newsletter
POPULAR AT PATHEOS Catholic
1