Fr. Ripperger: Almost All Vaccines Are Illicit in Their Object 1/3

Yes, you read that right. Fr. Ripperger said only a certain type of vaccines are licit in the object and the vast majority have never had one of those vaccines so he’s saying every vaccine most of us have taken is illicit in its object.

After I reviewed the video of Fr. Dave Nix, people kept sending me another podcast. I had initially declined to listen to over an hour when the “expert” made multiple factual errors early in the recording, but while on COVID quarantine, I decided to give it a go. (I have been off COVID quarantine for a while but I wrote out a complete first draft then and have only edited it a bit since then.)

Fr. Chad Ripperger is a priest with a traditionalist bent who is starting a new community in Denver. He was with the Priestly Fraternity of St. Peter (FSSP). He seems to be the main expert on this podcast with two hosts, Steve Cunningham and Ryan Grant.

Before getting into the podcast a few notes:

This podcast had so much bad information that my review will take three posts to cover. They will follow approximately the chronological order of the podcast. In this first one, I will deal with Ripperger’s selective use of the Vatican magisterium, his issue with the object of vaccination, and his problem with vaccine ingredients. This was as far as I got before turning it off the first time I listened.

2:06: Ripperger argues that people are excessively fearful over COVID. It is interesting to argue that while going on a podcast where their Twitter Channel has repeatedly spread false information contrary to the WHO, the CDC, etc. And where you do the same during this podcast. The information this channel and podcast are spreading creates a lot of unfounded fear about the vaccines.

The Vatican and Magisterium

3:18: “Fortunately the Pontifical Academy for life is not part of the Magisterium.” This is true. However, the Congregation for the Doctrine of the Faith, especially when a document is personally approved by the Pope is. Interestingly, he skips Dignitatis Personae 35d which essentially repeats/summarizes the 2005 statement.

As regards those who need to use such vaccines for reasons of health, it must be emphasized that, apart from every form of formal cooperation, in general, doctors or parents who resort to the use of these vaccines for their children, in spite of knowing their origin (voluntary abortion), carry out a form of very remote mediate material cooperation, and thus very mild, in the performance of the original act of abortion, and a mediate material cooperation, with regard to the marketing of cells coming from abortions, and immediate, with regard to the marketing of vaccines produced with such cells. The cooperation is therefore more intense on the part of the authorities and national health systems that accept the use of the vaccines.

Also interesting, he does not refer to the 2017 note from the PAL which clarifies the 2005 statement and further confirms that such vaccines are licit, using more forceful terminology. It even notes that there is a “moral obligation to guarantee the vaccination coverage necessary for the safety of others.”

7:47: “The object is what you’re doing; it’s the external act as conceived by reason about what you are doing.”

8:18: “The end is the reason why you’re actually doing it.” It’s different from other circumstances because it determines the means.

Then he indicates that there are all kinds of circumstances. Generally, these only make an act more or less virtuous/vicious in the direction it is already going. However, bad circumstances can make an otherwise good act bad. Although not stated, it is worth noting circumstances cannot make a bad act good.

So far this is pretty much a summary of one lecture or two in your first class in Catholic moral theology or Catholic ethical philosophy. I would have explained this about the same.

Applying it to Vaccines

9:40: “Looking at vaccinations, the end can be good.” I would say that for the vast majority it is good to protect your health or others’ health.

10:45: “This [the object of vaccination] can be morally licit if it is in the form of immunotherapy. So, if you watch the series Plandemic, Dr. Judy Mikovits talks about how certain forms of vaccination are immune therapy.”

Fr. Ripperger may want to watch his sources. Dr. Mikovits, in this documentary, is a particularly poor source. That interview of hers has been so debunked by multiple reputable scientific sources. I even debunked one specific claim about the results of an autism study being suppressed as people asked me about it the day the video came out (before others had published corrections). Here are Mikovits’s exact words on immunotherapy in the video:

Willis: “So I have to ask you: are you anti-vaccine?”

Well, what are immune therapies? Science Feedback analyzes this exchange:

The phrase “immune therapy”, or rather “immunotherapy”, is generally used to refer to methods of modulating the body’s immune response to treat disease, such as cancer. Some vaccines, called treatment vaccines, are indeed part of immunotherapy. However, it is also clear that Willis is referring to vaccines for immunization, that is, for preventing disease, as his use of the term “anti-vaccine” indicates. Anti-vaccine movements are primarily associated with opposition to vaccines that prevent diseases, such as childhood vaccines. These are not considered “treatment vaccines” or immunotherapy as they are not used for treating diseases.

If you don’t trust this one source, I found several other sources all concurring in the definition.

I could find three treatment or therapeutic vaccines approved in the USA, which are sometimes treatments for certain types of bladder, prostate, and skin cancer. I presume very few of us have ever had those used.

If you doubt that this is what Mikovits, and by extension Ripperger, means, we can look at interferon alfa. Interferon alfa is also an immunotherapy cancer treatment, not a preventative medicine, like the vast majority of approved vaccines.

I don’t see on what basis he says all vaccines that aren’t immunotherapy are illicit. He may hold a view that all preventative medicine is illicit or that somehow intentionally exposing your immune system to a not dangerous threat in a vaccine is illicit. Either of these would be contrary to all Catholic moral theology tradition. Such a departure from all tradition seems rather modernist.

Despite saying that every vaccine is illicit here, he later claims (47:06), “I am not an anti-vaxxer, per se.”

I could literally end this here. Even if this is not what he means, he explicitly references this source, which is a bad one, this at very least shows poor research and imprudence in picking sources. If he thought immunotherapy meant immunization or something else, he is showing a lack of understanding.

This might seem minor, but he has completely misidentified the object of the act. In Veritatis Splendor 78, John Paul II said:

The morality of the human act depends primarily and fundamentally on the “object” rationally chosen by the deliberate will.

The three elements of the moral act – object, end, and circumstances – make up the integral good but the object is most fundamental. Fr. Ripperger clearly misunderstands it. How can he explain the morality of the act properly if he can’t identify the object properly?

Fr. Ripperger also makes a series of claims about ingredients in vaccines and their effects.

11:22: “If it contains ingredients which constitute a health issue, then it may be illicit, just on that level, for example, if it is discovered with certainty – and I personally think there is sufficient evidence for this – that there is certain levels of mercury that can cause autism.” This has two false claims. Both are undisputed scientifically. One still has some dispute in non-scientific circles.

First, childhood vaccines do not contain mercury. They used to contain thimerosal which has a mercury molecule in the chemical compound, but it was removed by 2001 out of an over-abundance of caution. (Adverse reactions did not drop, so thimerosal was likely harmless.) All currently administered vaccines have publicly available ingredient lists where thimerosal is only in some adult flu vaccines and one variant of the tetanus vaccine. These vaccines are regularly tested for foreign contaminants and so getting even trace amounts of mercury is unlikely. Even anti-vax sites admit that thimerosal was removed from childhood vaccines. When you are going even further in saying there is bad stuff in vaccines than Del Bigtree, RFK Jr. and J.B. Handley are willing to go, you are not reliable. These three are already unreliable anti-vax authors, but Fr. Ripperger is going beyond them.

Second, vaccines do not cause autism. Even if Fr. Ripperger had a few friends where autism signs originated around the same time as vaccination, the plural of anecdote is anecdotes, not data. Here’s a list of studies analyzing millions of kids. They all conclude that there is no link. This has been one of the biggest scientific myth of the past 20 years, it has done stigmatized autistics, it has diverted funding from real autism research, and it needs to stop. In fact, the biggest factor for autism been found to be genes (making up over 50% of the cause) and the next biggest factor is in utero environment.

In this first of a three-part series analyzing Fr. Ripperger on COVID-19 vaccines, we saw him make several moral and scientific errors. The main error focused on here is his misidentification of the object of vaccination. He claimed only immunotherapy is a licit object, while most vaccines’ object is immunization. Thus, whether intentionally or through bad research, Ripperger condemned the vast majority of vaccines in their object. We also saw how he selectively quotes Vatican documents, and he misunderstands vaccines and autism. Fr. Ripperger seems not to check his sources for his science and is using some of the worst sources like Plandemic which leads him to unforced errors. When talking about the object and end in the abstract, he is solid, but his repeated use of bad sources leading to other errors is a repeating theme throughout these three posts.

Note: Please support me on Patreon to make more posts like this. Now. anyone who donates $12 a month for two months or more gets a custom mug just for patrons. 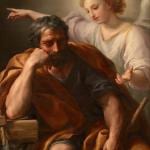 January 15, 2021 Fetal Cell Lines Are Not Continual Theft From the Fetus (2/3 on Fr. Ripperger)
Browse Our Archives
Related posts from Through Catholic Lenses