Quantifying Cooperation in or Appropriation of Evil

Some Catholics have questions about COVID vaccines based on the very remote connection to abortion. Abortion is obviously a heinous crime and grave matter. We can never commit procured abortion, period. However, there is a huge difference between abortion the extremely remote cooperation in evil involved in vaccines.

Moral theology is not strictly quantifiable and ethical theories that reduce all to consequences alone like utilitarianism or proportionalism are condemned. Veritatis Splendor (78), against mere measuring of consequences, affirms: “The morality of the human act depends primarily and fundamentally on the ‘object’ rationally chosen by the deliberate will.”

Nonetheless, there is a certain degree of quantification when we talk about needing sufficient or proportionate matter for the principle of double effect, cooperation in evil, or appropriation of evil. All of these require that the object itself be good. Immunization, or making a person or animal immune from disease by giving them some biological agent evoking an immune response is a good object.

I want to attempt to calculate approximately how much we cooperate in (or maybe appropriate from) abortion by various acts. All of these calculations involve assumptions and rough estimates: often I smooth things out. There are many other evils we often remotely participate in like the child labor used to get the metal for batteries but to be closer to an apples-to-apples comparison, all the examples involve abortion. I will cover ordinary life things, vaccines, and pro-life actions.

Let’s take a simple example: buying Energizer Batteries. Buying Energizer batteries cooperates remotely as they donate money to Planned Parenthood. I tried to find exact Planned Parenthood donations from companies that are sold in grocery stores, but to no avail, so I’ll have to guess. In 2020, Energizer sold $2,099,800,000 in batteries worldwide in 2020. Let’s take a rough guess that they gave $250,000 to Planned Parenthood. In 2020, Planned Parenthood’s total income was $1,641,400,000 and they performed 354,871 abortions. Thus, they performed one abortion for every $4,625 of income. So, $250,000 would represent funding 54 abortions. Then we have to ask, what part of causing the abortion does funding it provide. Let’s estimate 10%. If these rough approximations are right, that would mean each dollar spent on Energizer Batteries would cooperate in a way that would provide for 2.57 billionth of an abortion. So, for every $388 spent on Duracell, you reach one-millionth of one abortion.

If you buy anything from China, you participate in their abortions. A 2015 estimate said 13 million abortions a year occurred in China Let’s estimate about half of those are coerced or forced abortions based on their one/two-child policy. Its GDP is 14.343 trillion. Let’s assume half of whatever we buy from china is Chinese GDP and half goes to the US-based seller ($1 spent = $0.50 Chinese GDP). Then there is one forced abortion for about every $4,413,230 Americans spend on Chinese-made goods. So, for every $4.41 spent on Chinese goods you reach one-millionth of one abortion.

First, it is important to note which abortions we cooperate in with a vaccine or medication tested on a fetal cell line. We only appropriate those prior abortions but if humans keep using the cell line, our contribution to its continuation would cooperate in whatever means are used to create a fetal cell line to replace it if it ever wears out. Most common cell lines – fetal or otherwise – are “immortalized” to last very long. There is a large debate about how long or possibly forever. One fetal cell line (MRC-5) has started to show issues, so another was created in 2015 from an aborted fetus.[1] 9 abortions were paid for and carried out in a different manner that was likely more painful for the fetus. Most covid vaccine debates are around HEK293 so I will focus on it. We already have another line (HeLa) that is 20 years older than it with no shows of major issues arising. It is hard to forecast if and when it will start having issues, but given its widespread use, other scientists would likely seek to replace it if and when it is not longer effective, and this would likely be done by collecting cells from aborted fetuses. Let’s assume in 2073 (after 100 years) and 9 abortions that are already scheduled somewhere in the world where they are still legal then but given free and the method varied (similar to MRC-5 and Walvax-2). Paying for the abortion and changing the mode of abortion could each be estimated to contribute 10% so we have 20% of 9 abortions or 1.8 abortions.

HEK293 is widely used. Its use is so widespread that nobody could examine every piece of data on it and we need to make some rough estimates about its use. Given the date, we are assuming we are at about half its life cycle, thus, I’m just going to double everything done up to now. Google Scholar with just HEK293 and its most popular (but far from only) derivative line gives us 220,000 articles. But that is far from the only use. HEK293 is also used in artificial flavorings, cosmetic products, cosmetic testing, teaching college biology, etc. which do not end up as published articles in journals. Also, some uses are more ongoing not just a single experiment so would count for multiple experiment-equivalents. Thus, we can Likely triple the number of times it has been used up to now. So, let’s estimate 600,000 experiments or experiment-equivalents when used more continuously up to now. This gives us 1,200,000 individual experiment- equivalents over its lifetime. If we take the math of it contributing 1.8 abortions when its lifetime runs out, each experiment would be 1.5 millionths of an abortion in cooperation.

If we are dealing with a vaccine only tested on a fetal cell line in an unrepeated experiment, that means it’s one of those 1.2 million experiments whether one person gets vaccinated or 1 billion. Thus, as much cause as spending $6.61 on Chinese-made goods or $507 on Energizer. These small economic things are in comparison to vaccinating every single person in the world. Pfizer and Moderna estimate they will provide about a billion doses each, covering 500 million people, and I think each did 2 testing experiments on HEK293. That would mean that 378,000 people need to be vaccinated to provide the same cooperation as 1 cent spent on Chinese-made goods or 4931 people vaccinated to provide the same cooperation as 1 cent spent on Energizer. (The extremeness of the remoteness here is hard to fathom.)

Thus, even for the most problematic vaccine, buying a $10 item at Walmart that was made in China contributes as much as 756,000 people getting vaccinated (about 2.25 millionths). Few of us have serious moral qualms about buying Chinese-made goods. This is fine. The obligation to avoid such super remote cooperation is minor to non-existent. Melissa Moschella righty notes, “[These] duties… are so weak and easily defeasible that in common language we would not call them duties at all.”

The duty to avoid these vaccines which are even more remote is even less. Moreover, the good of life-saving medicine is much greater than the good of most $10 Chinese-made things I can buy at Walmart. If you understand the difference, it is worth asking if there is an option like Moderna or Pfizer when scheduling it or when you get there, but if not, take any vaccine with a clean conscience. If you can’t remember which, just take any vaccine. It’s kind of like I might check if something is made in China when examining the three options at Walmart, but if all are made in China, I still buy one if I need that item.

Our goal is to reduce and eventually end abortion. There are things we can do that can help far more than the millionths, billionths, or trillionths of an abortion above.

Let’s compare these to other things that can reduce abortion far more dramatically. Caring Network estimates it is about $1200 to help a woman with counseling through a crisis pregnancy so she chooses life. (Others who provide financial assistance housing for the mothers often cost much more, but it is hard to get a good estimate as specifics vary a lot.) If we take this $1200, then providing 1 cent to a crisis pregnancy center provides 12 millionths against abortion. That is a similar effect, but obviously in the opposite direction, of 8 experiments on HEK293.

Another way we could do far more is fighting IVF. Before, I noted:

We could probably achieve more by fighting against many practices in IVF like creating extra embryos, then freezing them indefinitely, or throwing them away. In 2016 alone, the USA had 52,686 cycles of IVF where embryos were implanted. On average, they implant two embryos but only 6.2% result in twins. Moreover, a significant portion of women decide against implantation or create more embryos than immediately needed and freeze them, often indefinitely.

Persuasion or legislation that reduces the number of cycles of IVF would probably eliminate something like 1 abortion for every 25 cycles stopped. (It’s hard to get exact statistics.) Obviously, every cycle prevented is good as it keeps scientists from making humans in petri dishes rather than acts of marital love.

That is a much better use of our time than reading and debating all this. The Church has always supported vaccines since the 1700s. Pius VII said the Smallpox vaccine was “a precious discovery which ought to be a new motive for human gratitude to Omnipotence.” Pope Francis gave out an oral polio vaccine to a child to promote vaccination. Vaccines have some side effects, but they are orders of magnitude (1000 times or more) less serious and widespread than the diseases they prevent. Rejecting all vaccines when medically recommended is contrary to both reason and faith. Let’s focus on all the good we can do to help others and not just get stuck on an excessive puritanism with sourcing vaccines. Just because someone is more rigorous in morals does not make them more orthodox. Plenty of historical moral heresies were excessively rigorous.

[1] MRC-5 was not immortalized in the same way as HEK293 and that would explain its shorter effective lifespan. Even “immortalized cells” seem to have changed as you go through more passages. I may write something on this later but here I’m focusing on something else and don’t want to get into a long discussion of that. 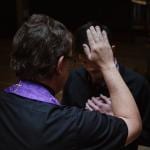 March 18, 2021
The Case of Hearing an Abusive Priest's Confession
Next Post