The Case of Hearing an Abusive Priest’s Confession

When I did my License in Theology, my thesis was 100 pages on when absolution should be deferred in confession. When a few months later there was a coloquim on clerical abuse not far away at Villanova, I prepared a presentation. It took large sections from my thesis, but was on a more specific case of an abusive priest coming to confession. Now, a year and a half later, a version of this talk has been published in Homiletic & Pastoral Reveiw.

This is a little long and dense compared with most of what I publish here, but here are some of the key paragraphs.

Deferring absolution is the key moment of decision on several key moral issues like contraception and relations with legal but not legitimate spouses, so it ends up being somewhat controversial. However, regarding clerical abuse, I think the same point can be more a point of convergence than divergence. We see that even bad priests don’t reveal what was said in confession. That reveals that on some level they understand the sacrament. The fact that they went into the priesthood as opposed to other jobs or lifestyles likely shows some sense of the sacraments. I imagine that for some abusive priests, the confessional is the place they most fully admitted to their abusive tendencies. I want to suggest that whatever priest hears such a confession has a particular role in helping to end clerical abuse through how he administers the sacrament. The goal is make the abusive priest repentant and have a purpose of amendment to change his ways. Towards achieving that goal, I think a proper understanding of contrition and denying absolution if needed would be helpful. […]

In the confessional, a confessor approached by an abusive penitent must do one of two things: move the penitent to contrition or deny absolution. A willingness to do the latter might help with the former, as penitents want absolution, so if the confessor indicates he is willing to forgo it unless the penitent changes, that should move the penitent towards changing. If a priest is unwilling to defer absolution for an unrepentant penitent, we would be committing a sacrilege. Moreover, he would give an abuser the false impression that it is acceptable that he continues abusing, and falsely assuage his conscience.

Several things are within a confessor’s purview to try to get the penitent to reform. First, he can suggest turning oneself in, attending therapy and/or being part of a support group. If the penitent rejects these, it is important to ask why, as a rejection may indicate a lack of purpose of amendment and thus a time to defer absolution. The seal prevents the priest from requiring anything that would result in the past sin or crime being publicly revealed, and the fact that abuse is one of the few exceptions to psychologist confidentiality (the same is true for non-confessional “confidential” communication with a priest like spiritual direction) makes this more difficult. Today, many psychological treatments have workbooks that can be worked on without involving another, thus not revealing the sin the person is looking to overcome (these are less ideal than in-person therapy but are useful in conjunction with that or if a level of confidentiality beyond psychologist’s professional confidentiality must be kept). […]

Let’s remember that using the sacrament of confession as it was designed and not granting automatic absolution can help some abusers change their ways.

If you want, the rest is on the HPR site.

Note: I rely on people like you to help with my writing. Please support me monthly via Patreon.

March 17, 2021
Defaulting to Filtering Pornography Is a Good Idea
Next Post 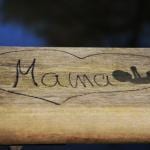 March 23, 2021 Quantifying Cooperation in or Appropriation of Evil
Browse Our Archives
Related posts from Through Catholic Lenses