Pro-Life & Disability Rights: Often on the Same Side but Not Always

I’ve written before about how disability rights groups and pro-life groups support human dignity in many of the same ways. There, I suggested that on issues like assisted suicide / euthanasia and abortion after prenatal diagnosis. A recent set of rallies in Connecticut, however, show how this can sometimes break down.

Disability rights activists and the lobbying arm of the Catholic Church in Connecticut have long been allies in the fight against legislation that would allow physicians to help terminally ill patients end their lives. […]

The Connecticut Catholic Conference is holding a rally just outside the Capitol at 6:30 Wednesday night to protest House Bill 6425, which would establish a framework for physicians to prescribe a lethal dose of medications for patients with less than six months to live. The rally was also organized to call attention to Senate Bill 835, which seeks to regulate [pro-life] faith-based pregnancy centers. The church views the two measures as part of its belief in the sanctity of life, “from conception to natural death.”

But members of the group Second Thoughts Connecticut, a grassroots coalition of disability rights activists, said the two issues should not be linked. The group will hold its own rally Wednesday.

“If we’re going to work together as a coalition, we have to stay focused on what our mission is and our mission is to defeat assisted suicide and related things that might jeopardize the lives of our members,’’ said Cathy Ludlum of Manchester, a leader of Second Thoughts. “The Catholic conference, by putting those two issues together in one rally, will make it harder to defeat assisted suicide strategically.’’

Read the rest on their site.

Rallies Divided by Cause or Group?

Combining two kind-of-related points together into a rally is definitely in the realm of prudential judgment.  On such matters, Catholics can disagree in good faith. Cathy Ludlum does point out how such a move breaks up a coalition. One could also ask if making a rally both for topics dilutes the voice on the two topics. I think rallies, especially one-time ones, work better when more targeted.

I can’t imagine that legislators or the general public watching the local news (or reading the article above in the local paper) will receive the rally the Connecticut Catholic conference organized versus how they would receive it were they to protest assisted suicide with disability rights people where they disagree on other topics, then next week have a different rally about how pregnancy care centers can advertise. I personally suspect that the Church’s message would be more well-received had they done one rally on assisted suicide and another on pregnancy care ads. Or even if they just assisted CareNet or someone else organizing a rally about pregnancy care center advertising.

I also assume that there was prior communication between the disability rights group, Second Thoughts, and the Connecticut Catholic Conference. In such discussion, I presume the leaders of Second Thoughts made it clear that they would not join the Conference if they rallied against two bills at once. Then what happens, is a double anti-witness. First, those opposing assisted suicide are divided which does not bode well for fighting that law. Second, the Church appears not to stand with the most vulnerable.

Ideas on Working Together

I think a few ideas I put in my prior article on this point more generally can be repeated here:

[Principles:] When I read about disability rights advocates who accept or silently condone abortion, or when I look at pro-life materials and find almost nothing on the disabled, I cringe. Both disability rights and pro-life groups adhere to the same basic principle—that humans have inherent dignity based on who they are, not what they can do—yet they too often disagree.

The two groups should be wayfarers on a common path. […] [Abortion:] Those diagnosed with Down syndrome prenatally are aborted at alarming rates. In the United States, two-thirds of such babies are killed in the womb. That may seem high, but it is low among developed countries: England aborts 77 percent of these babies, Denmark 90 percent and Iceland 98 percent. […]

It is easy to imagine that [greater genetic testing] could lead to parents wanting to “discard”—what a euphemism for kill—those who are predicted to have low I.Q. scores. Also, a current study is investigating the genes of 50,000 families to discover autism genetics, and I can imagine this leading to the search for a prenatal autism test.

Referring to selective abortions in these conditions, Pope Francis stated last year, “We do the same as the Nazis to maintain the purity of the race, but with white gloves.” […]

[Assisted Suicide or Euthanasia] is becoming more targeted toward the disabled. And this is the greatest way the disabled can be discriminated against. Killing someone due to a disability is akin to participating in an attempt to erase the disabled community. Not only is this far worse than, say, refusing to build a wheelchair ramp or to provide signage for the sight-impaired, it works toward removing the disabled community from society’s consciousness and thus makes it more difficult to build support for disabled rights.

Read the rest there.

Disability rights are about human dignity and human rights. The Pro-Life position is about human dignity and human rights. We should find ways to work together for human rights. Politics is the realm of the possible and sometimes we have to create alliances for a goal where members of the alliance disagree on other goals. Every time we vote for a politician, we do that, at least implicitly, as there are members of both major parties and most minor parties who have goals at odds with Catholicism. This is key in issues like assisted suicide but also comes into play in other issues.

Note: Please support me on Patreon to keep writing more like this. 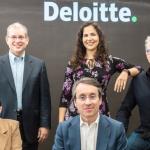 April 9, 2021
From Founding a Startup to Deloitte to the Convent
Next Post

April 18, 2021 The Inconsistency of Moral Lines in Cooperation (Lincare Quarterly)
Browse Our Archives
get the latest from
Through Catholic Lenses
Sign up for our newsletter
POPULAR AT PATHEOS Catholic
1

Catholic
Artificial food, sex and drugs give us an...
Through Catholic Lenses
TRENDING AT PATHEOS Catholic