I’m Jason, I’m the editor here at Patheos Pagan. Some of you probably know me from Raise the Horns* which I’ve been writing since 2012. I took over as Managing Editor here back in March. I wanted to say “hello” back then but also wanted to make sure I wasn’t going to be fired after a month or two after writing an introduction. For the most part it’s been a pretty easy transition from horn-raising blogger to channel manager, and most of that is due to the great staff at Patheos and the amazing and talented writers I get to work with everyday. 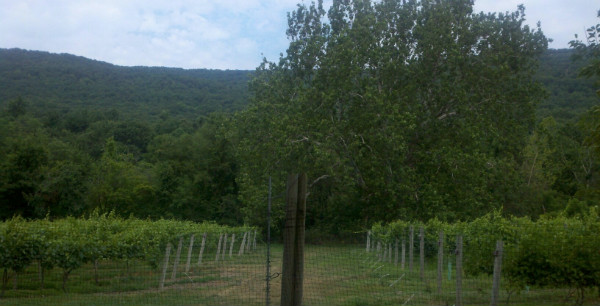 We used to do all of these updates on our Agora blog, but we’ve got so many writers on Agora these days that it’s hard to find a free moment to squeeze in a word edgewise over there. So here we are on Through the Grapevine an old blog we had lying around that seemed liked it deserved a second life.

Originally TtG was a news outlet, but I’m re-imagining it as a place for Pagan voices, conversations, interviews, and whatever else we need to find a home for. I’m still organizing a stable of writers for it, so if you are interested in submitting a stand-alone article or want the chance to interview some interesting Pagans send me an email at jmankey at patheos dot com and we’ll go from there.

Since coming aboard in March I’ve added a whole bunch of blogs. Most of them you’ve probably noticed, but just in case I thought I’d share them all again. I love ’em all so much that I’m always happy to talk about them a little more anyways . . . . . .

Thorn Mooney’s Oathbound was my first addition and was followed by Ian Corrigan’s Into the Mound. I was a reader of Ian and Thorn’s before they moved here and I was so excited to bring them on board. Molly Khan is a long-time Patheos writer who graduated to her own blog with Heathen at Heart. She’s been killing it since coming on board. Agora writers Gwion and Phoenix went full time with The Witches Next Door as did Tom Swiss the Zen Pagan.

Just two weeks ago we made The Busy Witch Jen McConnel much busier with her own blog and like literally now we’ll be launching Annika Mongan’s Born Again Witch, with more blogs on the way. It’s been pretty exciting getting all of these new outlets up and running. 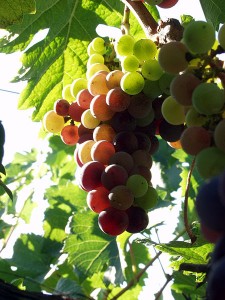 Speaking of Agora, we’ve added lots of new contributors the past few months. Conor Warren, Heron Michelle, Karen Clark, Anne Duthers, Dana Corby, Melissa Hill, Cara Freyasdaughter, Camelia Elias, and Morgan Daimler have all come aboard since March. I feel like I’ve been really busy, but that’s all David Dashifen Kees (or as we call him, just Dash), the editor at Agora.

Patheos has made some changes recently too. All of our pages are now optimized for mobile devices, and our Pagan Landing Page has a sleek new look. It has a lot less stuff on it, and new posts are easier than ever to find. I hope you’ll find the recent changes to your liking. And if you don’t, drop us a line. One thing I’ve learned over the last six months is that Patheos really does care about your experience here. We want to make you feel at home.

If you are a fan of Patheos Pagan the best thing you can do for us is to share our posts in social media and like our Facebook page. And even if you don’t do those things, I’m still glad you are here. Thanks for stopping by! 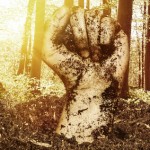 August 11, 2015 Shadow Work and Social Change
Recent Comments
3 Comments | Leave a Comment
Browse Our Archives
get the latest from
Through the Grapevine
Sign up for our newsletter
POPULAR AT PATHEOS Pagan
1

Tarot Poetry of Venus Retrograde Revelations
The recent period of Venus retrograde helped me find my back from...
view all Pagan blogs
What Are Your Thoughts?leave a comment