The Best of Patheos Pagan 2015

First of all I want to say thank you to everyone who contributes at Patheos Pagan. Whether you are a writer, a reader, a sharer, or just an occasional visitor you are a part of the journey. Our bloggers and columnists do an amazing job here, but I often find myself just as excited to read the comments. Nearly everyone who visits this space is appreciated, so again, thanks.

Lots of changes at Patheos Pagan this year. The biggest one was Christine Kraemer stepping down as Channel Editor at the end of February. Enter Jason Mankey (me) as new channel editor, and doing my best impression of a chicken with its head cut off those first few months. I was just trying desperately to keep the ship that Christine, and before her Star Foster, had built from sinking. Speaking of Star, did you know she was back at Patheos? It was Star who gave me my start here and I will be forever grateful.

For me Patheos Pagan is at its best when we write to include instead of exclude, when we take a moment to share our beliefs and practices and offer some insight into why we do them. This list is my own and as such is completely flawed. It only represents what I (Jason) think is “the best” and your list and everyone else’s is probably radically different. However, it’s presented in good faith and I think it represents the rather diverse amount of material and writers we’ve assembled here at Patheos Pagan.

Blessings in the new calendar year.

The Best of Patheos Pagan 2015

Far From Traditional but Still a Wiccan Cecily Joy Willowe at Daughters of Eve. This was my favorite post at Patheos Pagan in 2015. The rest of this list isn’t in any particular order, but this one needed to be at the top. Lost in all the arguments about what Wicca is or is not, is the fact that as a spiritual tradition it should really do two things: provide a structure and/or foundation, and help the practitioner grow as a person. Both ideas were expressed with love and a lot of heart by Cecily in this article.

Paganism For Beginners by Yvonne Aburrow at Dowsing For Divinity. Yvonne’s Paganism for Beginners series was ambitious, timely, and nearly all encompassing. I’ve been doing this for twenty years and found myself learning things throughout the series. Wicca and Paganism as expressed by Yvonne are traditions I can be proud of.

Preparing the Way of the Gods by John Beckett at Under The Ancient Oaks. John Beckett is far and away the most prolific writer at Patheos Pagan, and one of the most popular. Picking a favorite article from John is like asking me to pick an all time favorite Led Zeppelin song, it really can’t be done. However John’s Preparing the Way of the Gods really stood out to me. Part of it is probably because I got to “hear it live” as he presented it at the Many Gods West gathering, but there’s more to it than that. John writes about difficult subjects and yet allows room for everyone under the umbrella.

22 Novels that Popularized (and Influenced) Pagan Ideas by Sable Aradia at Between the Shadows. I like the seldom thought about corners of our history, and this post by Sable is an example of that. We spend an awful lot of time talking about 101 books and influential studies by long dead folks, but we don’t spend a lot of time looking at the fiction that’s shaped us. Which do you think has sold the most copies Margaret Murray’s The Witch Cult in Western Europe or The Mists of Avalon?

Life After Teen Witch by Thorn at Oathbound. Speaking of 101 books, periodically I think there are moments and authors that need to be re-evaluated and Silver Ravenwolf is a shining example of that. Frequently dismissed in many Pagan circles Silver has had a tremendous impact over the last 20 years. While Thorn wrote this as an introductory post, it’s more than that. I think it served to help make Ravenwolf’s a part of the discussion again. I know it changed how I look at things.

Why I’m Boycotting Lughnasad by John Halsted at The Allergic Pagan. Love him or hate him, John Halstead always makes you feel something. I think a lot of John’s best work revolves around the turn of the seasons and the Wheel of the Year. Instead of simply accepting what’s come before him, John is always challenging the status quo and finding ways to make Paganism work for him and the world he lives in.

Witches at a Pentecostal Church-Sensing the Energy by Annika Mongan. I was talking to one of my bosses at Patheos last month and she told me that a friend of hers “loves the Born Again Witch blog” and that “it was her favorite on Patheos.” This friend wasn’t a Pagan either, just a lover of religious dialogue and different perspectives. I’ve often found the energy of a revival similar to some Pagan rituals, reading about a few Witches experiencing that energy themselves made for some fascinating reading. This was one of our most read posts of the entire year and all these months later it still gets picked up and shared in various odd, non-Pagan, corners of the internet.

6 Tips for Dealing with Unwanted Ancestors by Lilith Dorsey at Voodoo Universe. Practicality is something we sometimes miss in the Pagan Blogosphere, but it never escapes Lilith at Voodoo Universe. I thought this article was a great example of that. On a weekly basis Lilith shares content that’s both historical and practical, all while helping to bridge the gaps between Voodoo and the wider Pagan community. Since this is my list, I’m going in include one more article from Lilith here, this one about Zora Neale Hurston, one of America’s greatest writers and historians.

Samhain Is My Fertility Festival by Cat Chapin-Bishop at Quaker Pagan Reflections. My favorite writer at Patheos Pagan over the last few months has been Cat Chapin-Bishop. If you receive our newsletter in your email or visit our homepage, Cat’s articles are often featured in prominent places. Perhaps this article simply speaks to my love of the Horned/Antlered God and his place in my life, or maybe it just illustrates larger truths that often feel forgotten, but this was the rare piece I read half a dozen times this year. Instead of simply accepting what we are taught about the sabbats (or anything really) Cat wants us to dig deeper and see what lies beyond the surface. “Blood red leaves fall on bare black ground. Sex and death, death and sex. The season of the deer, the season of life.” (And honorable mention to Grief, Death, and The Wheel of the Year, a beautiful reflection on a painful subject.)

Why Did the Pagan Go to Church? by Alison Leigh Lilly at Nature’s Path. I’ve always been familiar with the Unitarian Church. Over the past few years I’ve rented rooms from them, attended their Christmas Eve services, and met many people affiliated with the Unitarian Universalist Association. However, it was always something somehow in the distance. I knew that we had similarities and were often allies, but I did often wonder why anyone would want to go to church when a magic circle in the living room does pretty well for me. Nature’s Path has provided some much needed insight into the ways Paganism and Unitarian-Universalism can be practiced together, and Alison was more than up to answering why some Pagans “go to church.”

Caitlyn Jenner and Still Knowing Goddess by Erick Dupree at Alone in Her Presence. Over the last few years the Pagan Community has been at the forefront in the fight for the rights of our trans brothers and sisters. It’s a conversation we were having long before Caitlyn Jenner and the accompanying media spotlight this past Spring. Jenner’s announcement was greeted with a whole lot of negativity in many parts of the world, and there were some truly awful articles written about it here at Patheos (though all outside the Pagan Channel of course). There was something reassuring about seeing writing here at Patheos Pagan that embraced and didn’t attempt to push away (thanks Erick). That’s when we as a community are at our best. 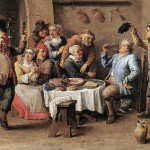 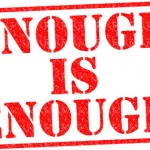 January 16, 2016 Enough is Enough
Browse Our Archives
get the latest from
Through the Grapevine
Sign up for our newsletter
POPULAR AT PATHEOS Pagan
1

Is it Lughnasadh without Lugh?
John Beckett
Related posts from Through the Grapevine