Thatcher on Thatcher: The Ten Most Rousing Quotes from ‘The Iron Lady’

Thatcher on Thatcher: The Ten Most Rousing Quotes from ‘The Iron Lady’ January 9, 2012 Rebecca Cusey 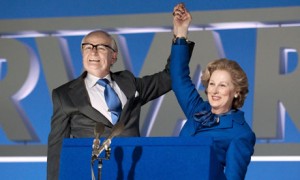 The Margaret Thatcher biopic ‘The Iron Lady,‘ opening nationwide on Friday, contrasts the former British Prime Minister’s feeble elderly state with her powerful political presence. Because the makers respected their subject and let Thatcher be Thatcher, her unapologetic conservatism and sharp mind comes through, at times triumphantly.

Here are the best ten Thatcher quotes from the movie:

On Feelings versus Ideas: “What? What am I ‘bound to be feeling?’ People don’t think anymore. They feel. ‘How are you feeling? No, I don’t feel comfortable. I’m sorry, we as a group we’re feeling….’ One of the great problems of our age is that we are governed by people who care more about feelings than they do about thoughts and ideas. Thoughts and ideas. That interests me. Ask me what I’m thinking.”

On Self-Reliance: “What I do think is a man should be encouraged to stand on his own two feet. Yes, we help people. Of course we help people, but for those who can do, they must just get up and do. And if something’s wrong, they shouldn’t just whine about it. They should get in there and do something about it. Change things.”

On Foreign Policy: “May I make plain my negotiating position? I will not negotiate with criminals or thugs.”

On Free Enterprise and Jobs: “You are the backbone of our nation. Small firms, like Ludley’s Ice Cream. I passionately believe that it’s the growth of small businesses into large ones that is critical for Britain’s future. And the only way we will produce jobs, real jobs, jobs that sustain.”

On Unpopular Government Spending Cuts: “Gentlemen, if we don’t cut spending we will be bankrupt. Yes, the medicine is harsh, but the patient requires it in order to live. Should we withhold the medicine? No. We are not wrong. We did not seek election and win in order to manage the decline of a great nation.”

On Leading a Nation to War: “With all due respect, sir, I have done battle every single day of my life and many men have underestimated me before. This lot seem bound to do the same, but they will rue the day.”

On Principle: “We will stand on principle or we will not stand at all.”

Watch the movie to hear her views on unions (she fights ’em),  America (she likes it), and her father’s rousing World War II speech about why small businessmen provide the strength of England that will beat Hitler. “We conservatives,” he says, “Believe in giving people the freedom and opportunity to fulfill their own potential.”

Read my full review and see why ‘The Iron Lady’ made second place on our list of the best films of 2011. 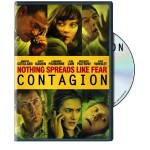 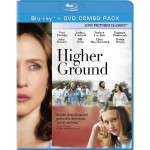 January 10, 2012 Higher Ground
Browse Our Archives
get the latest from
Family
Sign up for our newsletter
POPULAR AT PATHEOS Family
1

Common Body Language Mistakes That Destroy Relationships
Your words may say you're crazy about your spouse, but your body...
view all Family blogs
Copyright 2008-2020, Patheos. All rights reserved.