Ridley Scott talks God, Prometheus and his next (Biblical!) Project 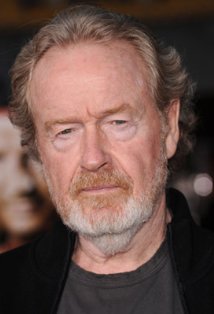 When you see Prometheus this weekend, if you pick up on themes about God, faith, religion, and creation, well….they’re all intentional, according to an interview with director Ridley Scott in Esquire Magazine. (warning, some explicit language)

ERIC SPITZNAGEL: I got kind of an Old Testament vibe from Prometheus.

ES: So that was intentional?

RS: Oh, yes. I’m really intrigued by those eternal questions of creation and belief and faith. I don’t care who you are, it’s what we all think about. It’s in the back of all our minds.

ES: In the Old Testament, God is kind of an asshole.

ES: Humanity’s creators in Prometheus aren’t much better. The “Engineers,” as they’re called, are really prickish and hostile. Are they a metaphor for your feelings about God?

ES: Yeah. Do you believe in a supreme deity who’s sadistic and cruel and maybe hates us?

ES: You think Milton got it right?

RS: I don’t think so literally, but it seems analogous sometimes. The only guy in Paradise Lost having a good time is that son-of-a-bitch dark angel.

ES: My favorite part of Prometheus is when a battered and bloody Noomi Rapace reaches for her crucifix necklace, and the decapitated robot head says to her, “Even after all this, you still believe.” In that scene, are you Noomi or the robot head?

RS: That’s hard to say. [Long pause] I do despair. That’s a heavy word, but picking up a newspaper every day, how can you not despair at what’s happening in the world, and how we’re represented as human beings? The disappointments and corruption are dismaying at every level. And the biggest source of evil is of course religion.

Scott goes on to reveal, perhaps inadvertantly, that he’s working on a movie about the Biblical Moses. Read the rest of the interview here. 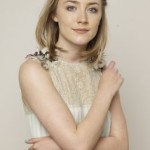 June 5, 2012
Guess what? All your ancestors are white: Aronofsky Casts All Europeans for 'Noah'
Next Post 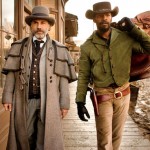 June 7, 2012 Trailer: 'Django Unchained' exacts Vengeance for Slavery
Recent Comments
2 Comments | Leave a Comment
Browse Our Archives
get the latest from
Family
Sign up for our newsletter
POPULAR AT PATHEOS Family
1

2 responses to “Ridley Scott talks God, Prometheus and his next (Biblical!) Project”