Review: Beware! Don’t be ‘Taken’ Too

Listen to me very carefully. We don’t have much time.

In your theater there is a movie. Some very bad men have made this movie. They may be good husbands, good fathers, maybe even good actors. But they have made a movie so bad, so utterly devoid of suspense but so full of unintentional hilarity that it will stand forever in the annals of bad, bad movies.

Listen. Are you listening?

At your theater there will be a ticket counter. Walk to it. Casually. Do not attract attention. Hold your wallet in your right hand. This is important. Hold it tightly.

Walk to the counter. Avoid eye contact with the clerk.

Listen. This is vital.

THIS IS NOT A GAME!

If it all goes wrong, if somehow you are discovered and they are on to you, if they come for you and make you buy a ticket to Taken 2, I want you to drop everything and run.

Drop your wallet. Drop your cell phone and your keys and your iPod. Kick off your shoes, throw off your jacket. Strip down to your skivvies if you have to. Run to the nearest Canadian embassy. You’ll be safe there.

This is vitally important. It is too late for me. But there is hope for you.

It may be cold and filled with aggressively nice people, but no one will make you watch Taken 2.

Liam Neeson has no power there.

He has no power in Taken 2, either, despite dispatching a regular stream of indistinguishable bad guys. Members of an extended – vastly extended – Albanian family, these thugs have taken offense to the previous well-deserved killing of their villainous son/grandson/brother/cousin/nephew/cousin-once-removed/next-door-neighbor-related-but-we-don’t-talk-about-how.

You see, in Taken, an actually good movie, Neeson’s Bryan Mills tracks his kidnapped daughter Kim (Maggie Grace) across Paris, slaughtering any human slime that gets in his way, including this one Albanian dude who seems to be related to each and every other Albanian on earth.

Then, in this film, for reasons that seem foolish at best, Mills takes his daughter and conveniently single again ex-wife (Famke Janssen) to, of all places, Istanbul for a little trauma recovery time. Before you can say “Hagia Sophia,” those pesky Albanians have hoods over Mama Bear and Daddy Bear’s heads are are gunning for little Goldilocks too.

Now it’s her turn to save the family.

Mills has managed to smuggle a phone into the dank, weirdly deserted Turkish warehouse in which he’s chained, and gives Kim directions in a sort of play-by-play style.

Some of those directions run like this: “Listen. This is important. I don’t have time to explain but I do have time to give agonizingly detailed instructions. [Ok. I put that part in.] Get out of the car. Walk through the bazaar. You will emerge on a street. Turn right. Go two blocks. There will be a set of stairs. Climb them. Look for a red door. Go through it. Look to your left. There will be a taxi stand. Run to it.”

Seriously. I am not making this up. You might want to bring a notepad to keep up. Or maybe Google Maps. Heck, even Apple Maps. Maybe it’s better with Istanbul than with New York City.

Better yet, however, are Daddy’s other instructions to little Kim. He’s a security expert, so he has a convenient stash of weapons available. His brilliant idea to determine his location is to have her…wait for it…THROW A GRENADE out of her hotel window.

He hears her throw, counts the seconds until the boom, and knows how far he is.

Not just once. That would be too easy.

So there’s little Kim, merrily running along the rooftops of Istanbul, lobbing grenades in random directions.

Now it is Istanbul. Heaven knows they’ve had their problems over the course of centuries. But I’m thinking someone might, oh I don’t know, notice?

Someone might just object to an American teen, all decked out in hipster flannel, BLOWING UP THEIR ROOF.

Not in this movie. Nobody bats an eye.

I could go on about the wild laughter that filled the theater when a bad guy menaced mommy with what, to the naked eye, looked to be haircutting shears, giving the impression that he just wanted to give her some light bangs, maybe a little definition around the face, as she squirms and squeals in terror.

Take my daughter if you must, but don’t touch the hair!

Or how little Kim crashes a stolen taxi through a gauntlet of United States Marines with fully automatic weapons AND their flimsily constructed guard house to arrive safely in the US Embassy.

I could go on and on.

But there isn’t time. Resist, I tell you. Resist! Once they have you in the theater, there is no rescue.

If there was any logic in the world, this is the movie that would inspire mass riots. 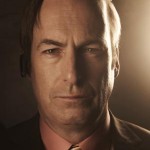 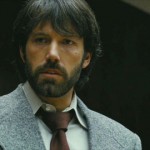 October 11, 2012 Interview: Ben Affleck on the Sweet Nostalgia of 'Argo'
Recent Comments
3 Comments | Leave a Comment
Browse Our Archives
get the latest from
Family
Sign up for our newsletter
POPULAR AT PATHEOS Family
1