Interview: Ben Affleck on the Sweet Nostalgia of ‘Argo’ 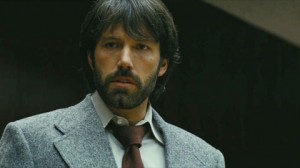 When Ben Affleck set out to direct a movie about the untold true story of an unlikely Hollywood rescue of American foreign service workers in revolutionary Iran, he ended up making more than a very good movie. He made an homage to 1970s America.

Using period costumes, footage, and even camera techniques, the movie feels very real to anyone who remembers those times.

“I’m the age of the kid in the movie so I definitely identified with the child and with the father,” Affleck told a small group of reporters in Washington DC this week, “But really when I went into that room and saw all the action figures, Star Wars and stuff, it really hit me: This is my childhood. I got really fastidious about sheets and everything.”

Things have changed since that time, but Affleck remembers it with a warm nostalgia.

“I think there’s something remarkably innocent about that era. We think of the 70s as being slightly debauched, but [they had] none of that technology… There was something kind of sweet about it. Sweet about the answering machine. You just leave the house and that’s it. No one can find you until you come home. Put a quarter – or a dime – in the phone slot. I found something sweet about it.”

As director and main character with a fully 70’s shag and beard, he certainly captured the time. From posters on the wall to boxy cars to phones with cords, the film not only depicts the late 70’s, but feels like them.

His story is more than that, though. The beginning of the film shows the tense and desperate actions of US Embassy employees as Iranian revolutionaries storm the compound and take Americans hostage. Even as the mob breaks through windows and doors, they shred and burn, inform and simply wait.

The new part of this story is that six employees escaped to the street and found refuge in the house of the Canadian Ambassador. Affleck plays CIA agent Tony Mendez, who hatched and executed a hair-brained idea to smuggle out the Americans posing as a Canadian movie crew.

It was just crazy enough to work. With the help of Hollywood makeup artist John Chambers (John Goodman) and a bigtime director (Alan Arkin), Mendez set up a phony movie company in desperate need of exotic locales.

Truth be told, the setting and story turned out to be a little too real. The Embassy scene eerily reflects the events in Lybia last month. The unanticipated connection turned the film into a greater homage.

“I was kind of stunned, naturally, to see that the material I looked at for research from 30 plus years ago all of a sudden looked exactly like what was on TV,” Affleck said. “I expected the movie to be resonant…but it ended up being more of an homage to our clandestine service and our foreign service folks who, as illustrated by these tragic events, do a lot, sacrifice a lot, put themselves in harms way, to go overseas. Our foreign service folks are doing a lot, making a lot of sacrifices for us.” 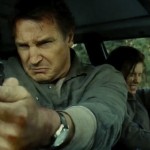 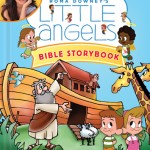 A Husband's Expectations in Marriage
MarriageToday
Related posts from Tinsel