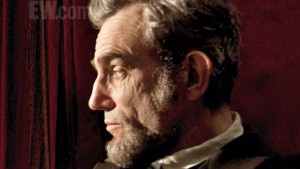 We have all heard the saying about politics: “Laws are like sausages. It’s better to not see them being made.”

However, in Steven Spielberg’s fantastic biopic of President Abraham Lincoln, not only does Daniel Day-Lewis present a winning portrait of a great man, but Spielberg finds beauty in the very muck of the sausage being made.

This is democracy and it is messy and beautiful.

As we lick our wounds from a contentious election and gird our loins for the legislative battles to come, this movie reminds us of the bold and desperate experiment of American democracy, a system that stinks but is better than anything else the world has to offer.

The film covers just a segment of Mr. Lincoln’s life. In 1865, the war rages on and Lincoln’s desperate battle to save the Union is still in doubt. The Battle of Gettysburg, and the inspirational speech given there, is a raw memory. Lincoln has won and begun a second term as President. His Emancipation Proclamation, a war-time edict freeing slaves, has been in effect for two years.

So many have died, yet the war bleeds the country dry and the people are weary.

In this context, Lincoln embarks on a quest to amend the United States Constitution to permanently outlaw slavery.

The proposed Thirteenth Amendment has mixed support: Conservatives want an end to the fighting above all else. Some radicals want full enfranchisement of former slaves and will accept no partial solutions. Most want the war to end and see the Amendment as a distasteful and frightening, but necessary step to break the Confederacy, much like dropping the Atomic Bomb on Hiroshima.

His Republican Party is divided into factions that will bargain and horse-trade in order to win their support. Not only that, but he is short on the votes needed to pass a Constitutional Amendment and must convince Democrats, by hook or by crook, to change their votes.

Some viewers will be surprised to hear that the Republican Party was the party of Abolition and the Democratic Party fought with every means at their disposal to block the Amendment granting freedom to slaves. The film, fairly, makes that quite clear.

Lincoln remains clear on his eventual goal as well as the great swamps of resistance and danger between himself and the goal. He sets out to use every legal and semi-legal method to reach the goal he knows is just. He is willing to compromise. He is willing to cajole others to compromise their dearly held positions, based on their firm moral beliefs. He boldly asks them to lie.  He does not shy away from unsavory tactics, buying votes with political appointments, withholding information from some parties and using the same information to prod others.

In this way, he tenderly and carefully builds a coalition that may, possibly, pass the Amendment making his dubiously legal Emancipation Proclamation the Constitutionally- inscribed law of the land.

It sounds boring, but it’s not.

The screenplay is by Tony Kushner, who also co-wrote Spielberg’s Munich, with consultation by Harvard historian Doris Kearns Goodwin. Goodwin wrote Team of Rivals: The Political Genius of Abraham Lincoln, on which the movie is based. There is plenty of humor, plenty of gee-wiz historical contrasts, such as when aides literally sprint from the Capitol to the White House to consult with Lincoln, arriving sweaty and out of breath in those days before email and Twitter.

Life is never just one thing: Profound, heavy, fun, or silly. Day-Lewis gives a fantastic performance of a great man trying to keep all sides of his life going. He speaks gently and truely to soldiers on the eve of battle. He wrestles with his little Tad. He calms Seward and speaks hard truth to Stevens. He manages a thousand threads, then goes home to talk sanity into his distraught wife. It works, but barely. One cannot imagine how he keeps going.

In the midst of this, however, Day-Lewis portrays him as a man you would want to be around. He tells funny stories to calm tense nerves as they wait for news of battle. He asks lowly telegraph clerks their thoughts on the meaning of life, then shares with them his reverence for a line from Euclid.

He is firm where he needs to be, kind when he can be, and fully human.

Rated PG-13, the film begins with a disturbing battle scene, showing the muck, desperation, and savagery of this war between brothers.  The film does not focus on the war, but it is always in the background. Other shots include Lincoln touring a battlefield strewn with the dead. These scenes are pure Spielberg and will be disturbing to younger children. Parents should use caution about whether their children are prepared to handle them. Other than that, there is no sexuality at all and only brief language.

The greatest blessing of this film for us, three days after the election, is perspective. Our election was contentious, yes, but not a single person died as a result of it. American Democracy works, not well, but better than armed conflict or totalitarianism.

The second message is for the electorate not to be afraid of the sausage being made. As we battle Health Care Reform, Social Security, different methods of stimulating the economy, freedom of speech and freedoms of religion, we should realize that strong men and women with strong opinions will disagree. They will disagree and use every tactic to win. They will obstruct. They will threaten and spin and withhold truth. They will destroy character, slander, imply.

It matters. Our country matters. And we would expect no less from our representatives than they try their best within the confines of the law.

We need more Lincolns, with clear vision and determination to right wrongs.

This is the sausage. And it is good. 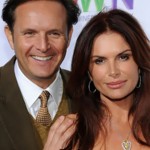 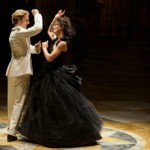 November 16, 2012 Review: 'Anna Karenina' Simply Stunning Exploration of Love in Many Forms
Recent Comments
2 Comments | Leave a Comment
Browse Our Archives
get the latest from
Family
Sign up for our newsletter
POPULAR AT PATHEOS Family
1

Do This One Simple Thing When Your Husband...
Do you ever think, "Why does my husband irritate me so much?"...
view all Family blogs
What Are Your Thoughts?leave a comment

2 responses to “Review: Spielberg’s ‘Lincoln’ Timely Portrait of Politics in its Unsavory Glory”