One of my esteemed readers has left an astute and interesting hypothetical in the comments section of another post. If Walter White, whose cancer diagnosis was the catalyst to turn into a meth cook, had free health care, would he have, um, broken bad?

This idea – the medical costs made him do it – has been bouncing around, including in this widely circulated cartoon by Christopher Keelty.

So, what about it? Would socialized medicine have prevented Heisenberg? Would it have saved Jesse from deep soul torment (the kind that brings most of us to religion), Brock from ricin poisoning and whatever the heck happened to Hank and Gomez in that interrupted shootout last episode?

Could it be that easy?

Let’s break it down.

Walter White was a long term high school chemistry teacher in New Mexico*. Public school teachers, God bless ’em, have some of the sweetest benefits in the country, including retirement, long term disability, and a stellar health care plan. New Mexico is no exception. Seriously, we should all be so lucky as to have such benefits. The private sector is not nearly so generous. (And, we all know, pensions and benefits for public employees is one of the things bankrupt states are fighting over to try to balance the books.)

So as much as anyone is in life, Walt was set with the best medical care money could buy.

As an aside, the same would be true for his D.E.A. agent brother-in-law. His medical care would cover treatment for the bullet injury to the leg of Ole Hank (may he rest in peace if the shootout didn’t end well). The show dealt with this relatively fairly, because his wife Marie wanted different, more expensive treatment than what the insurance provided.

That happens under socialized health care. Like, a lot. The wealthy buy their way out of the system and into better care. Ask anyone from England.

So Obamacare wouldn’t have helped Hank either.

In fairness to the show, it wasn’t so much the medical bills that lured Walt into a life of crime. It was the desire to leave his family financially secure.

That’s a different issue than medical bills, isn’t it? One that Universal Healthcare couldn’t fix.

But it’s not unfixable. This is exactly why responsible people buy life insurance. If you roll the dice and don’t have that protection, that’s on you.

Also, that’s why responsible mothers like Skyler keep their accountancy skills up to date and perhaps keep their tabs on jobs. What was Skyler? Incompetent? Helpless?

We all know now she’s not. She’s pretty ruthless, truth be told. In fact, she would have been better off if Walt had died an honorable cancer death. At least she wouldn’t be looking at serious prison time.

The bottom line is that it was Walt’s pride, not his access to medical care, that led him down the road to perdition.

Which makes for a great, rich, deep story.

Just don’t try to base health care policy on it, m’kay?

*Like an idiot, I said in my first version of this post that the show was set in Arizona when anyone with half a brain knows it’s New Mexico. The error has been corrected. I blame Miley.

Vote on how the series should end here. 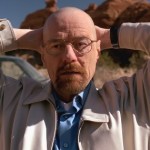 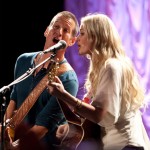 65 responses to “Would Obamacare Have Prevented Breaking Bad’s Walter White from Becoming Heisenberg?”