Review: Mediocre ‘American Hustle’ Does Not Jive with Oscar Expectations 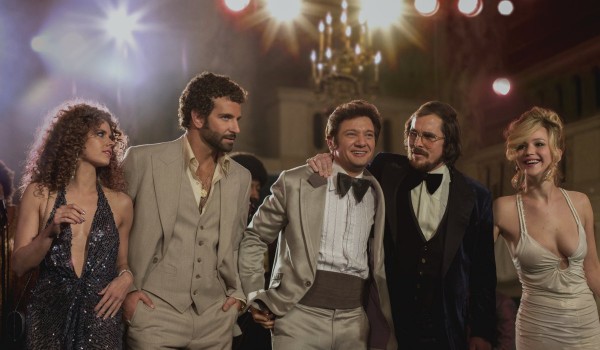 Create a movie with a fantastic cast, wonderful character development, and a wry take on past government scandals in a time of current frustration with government, and you’re sure to have a huge hit and Oscar contender, right?

On paper, American Hustle should be the movie of the year, but its supreme promise fades once the lights go down in the theater. The romp through the real-life 1980s political ABSCAM scandal, 70s and 80s disco fashion, and casino-mob scene is fun. It’s often funny. It’s a good movie. But it is not great and should not be an Oscar contender.

Overweight, bald, and bold Irving (Christian Bale) is a con man with a gold core. He finds his perfect match in Syndey (Amy Adams), a stripper who has found her power over men can lead to more than just singles in her g-string. Their union as man and mistress leads to great things, con-job wise.

Just as the future looks rosy and all is merriness and joy, two flies land with a thud in their ointment. The first is Irving’s wife Rosalyn (Jennifer Lawrence), a necessary evil in order for Irving to keep his beloved son close at hand. Unpredictable, manipulative, and beautiful, she’s itching for some excitement even if means added risk of violence in Irving’s life. Especially if it means added risk of violence in his life. 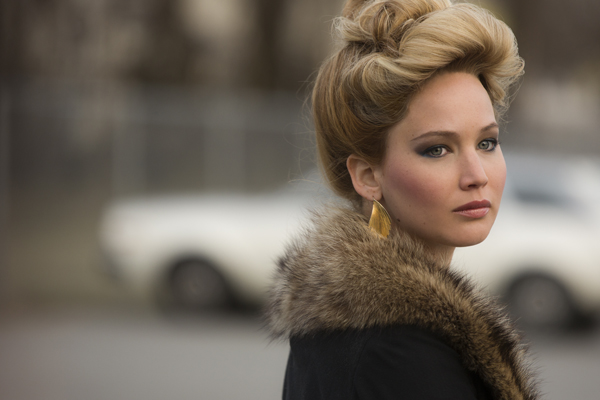 The second burr under the lovers’ saddle is FBI agent Richie DiMaso (Bradley Cooper). His low level bust of the con couple has him dreaming big of fame, fortune and excitement of even bigger busts.

As Irving would say, someone has him by the cajones. More accurately, Rosalyn has one and DiMaso the other.

DiMaso’s ambition leads to Jersey politician Carmine Polito (Jeremy Renner) and even bigger politicians in his sights. Rosalyn’s own game means not only the Feds but also the Mob may come down on his head.

All this and Bradley Cooper in a tight perm and polyester too? What a movie!

The acting is stellar. Christian Bale particularly shines as a doofus who just oozes sincerity and trust-worthiness, all the while sneaking his hand into unsuspecting friends’ pockets. Amy Adams sizzles with a sexiness we have not yet seen from her. It’s easy to see why both Irving and DiMaso would risk all for her. Bradley Cooper completely convinces as an overly-eager, overly-self-assured good boy gone rogue. The real star, however, is Jennifer Lawrence, who takes silly, vapid, dangerous, and slightly vulnerable Rosalyn to a whole other level.

That said, the problem with the movie is three-fold.

First, if this awards season is teaching us anything, it’s that good characters do not a fantastic movie make. See Inside Llweyn Davis. See the upcoming Wolf of Wall Street. A story needs characters, but it needs more than just characters. It needs plot. The plot of American Hustle peters out. Too much stock is placed in the characters rather than in the story itself.

Secondly, Director David Russell loves his characters a little too much. They’re good and gripping characters, but they’re not allowed to be complicated. For all his con-artist ways, Irving has a pureness of heart that is a little too perfect for a movie with these ambitions. It doesn’t jive right. He should be darker, really darker in ways that matter.

The most stark example of this overindulgence to the characters is the sympathy in the film that is built up for the politicians caught in ABSCAM’s web. The movie is so totally on their side that it excuses the fact that these characters, each of them, walked out of a room with suitcases of cash. They accepted bribes and are hardly innocent. The film does not address this, either to excuse them somehow or allow them some darkness. They are victims. The actual scandalness of the scandal is almost a side note, hardly worth the movie’s attention. It could have been more deftly handled, more courageously handled, and been a better movie.

And that leads to the final, fatal flaw. The film sets up all sorts of heavy-duty Oscar-alert themes. What is reality, it asks. Aren’t we all really mini con artists, it asks. Do we really know the people we love? Now that we mention it, what is love, anyway? What is ambition? Can those things exist with open polyester shirts and lots of gold chains?

It suggests ideas about the role of government and whether it’s a beneficial or detrimental force in our lives.

And then, it just whiffs.

Those themes, those questions, once raised, fade away like the one-time popularity of macramé plant holders.

There’s no there there.

Go, enjoy the movie. Laugh and the fashion and marvel at the acting. Don’t expect any more than that.

American Hustle is rated R for pervasive language, sexuality (implied and not realized but pervasive) and some violence. 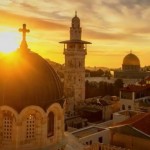 December 19, 2013
Director of 'Jerusalem' IMAX movie: 'Jerusalem will Surprise You'
Next Post 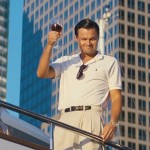 Restoring Emotional and Sexual Intimacy in Marriage
In my practice, I’ve worked with many couples who complain that the...
view all Family blogs
What Are Your Thoughts?leave a comment

13 responses to “Review: Mediocre ‘American Hustle’ Does Not Jive with Oscar Expectations”