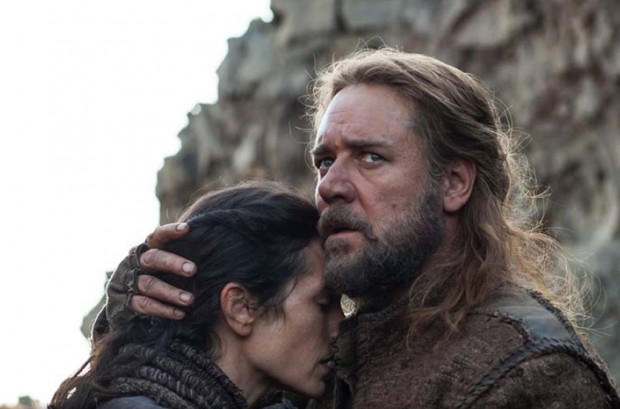 When Noah Director Darren Aronofsky and his co-writer Ari Handel sat down with me in New York March 15, they were passionate about their movie and more than a little baffled by the strong preemptive reaction to it.

“We want conversation,” Aronofsky explained, “because I think there’s a lot of nervousness about Hollywood, but this is not a ‘Hollywood’ movie. This is something that I’ve been passionate about my entire life. This is something Ari and I spent a decade studying and thinking about and trying to think about a way to bring it to life. There is no, like, agenda of some you know people trying to make money off of Bible stories.”

Instead, they are something that defies previous categories: Talented filmmakers who take the source material seriously on its own terms and apply a level of theological and cinematographical exploration unprecedented in movie culture. Neither the great Bible epics of the 1950s nor the religious subculture of current day offers something like this.

This is a Bible movie for the 2010s: serious, pondering, stunning, and challenging.

Handel added: “The only agenda is like these themes: the relationship between man and God, the relationship between goodness and wickedness, mercy and judgment. We went to the story to find those themes of what those stories are about, what questions is it asking, why is Babel next? Is wickedness and goodness between people or in every person? Those are the questions we saw there and that’s what we were trying to bring forth into the film and dramatize and that’s what we’d love people to be talking about.”

Talking about specific details of what Noah looked like or who the Neliphim were are missing the grander, more important questions.

To be fair, however, Handel and Aronofsky were devoted to the text.

“Not making a joke now, the text was paramount, not talking about the studio, it was the final word on everything. We worked very hard not to contradict anything in the actual text. And if you go through the film, you can see there’s nothing that contradicts the text, but the text is four chapters long. There’s no way [to make] a two hour movie in those four chapters,” said Aronofsky.

Later, he added, ” You know, it’s interesting because people have a lot of preconceptions about Noah, they think he’s all good, a good old man, but it doesn’t actually say that he’s good, it says that he was righteous in his generation. And there’s been a lot of Jewish thought for centuries about what that means.”

For Aronofsky, it ultimately meant not that Noah was blameless, but that Noah demonstrated a good balance of justice and mercy.

That’s just where Noah starts, however. His balance is challenged by the very knowledge that God is going to destroy humanity, and by the realization that humanity, including his own family, is tainted by selfishness, pride, ego, sin.

This is a conflict a little beyond the usual surface reading of the story. For that depth, we should be thanking Aronofsky and Handel rather than berating them.

Aronofsky: For us, the film’s for everyone. It’s for believers and nonbelievers. And I hope it creates conversation between both sides. One thing I’ve noticed is how much anger there is out there between those two sides, just seeing some of the articles written on the internet and seeing comments, there’s a big battle, and I hope this film can actually make the conversation civil, it can bring people together to talk about these ideas. Because I think believers are not, if they let go of their expectations that this isn’t exactly how they imagined it, but actually look a little bit beneath the surface and look at the themes of this story, they’re going to see the same themes of hope, second chances, survival, family. They’re all values that I think believers find in the story and that definitely preachers and pastors can talk about it and relate it back to ideas that they’re trying to discuss.

Handel: And they can have the feeling that just because a story is in the Bible, doesn’t mean it’s a not story that they’re interested in, and those same themes that we’re talking about, they don’t have to have a religious stance to being completely invested in those themes as human beings because they’re universal themes.

Noah is in theaters March 28.

Read the transcript of the interview.

My review of the film: The kind of movie Christians, and everyone, should want Hollywood to make

An Invitation to Listen: How Christians Should Think About ‘Noah’ 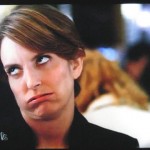 March 24, 2014
This Makes Me Furious - So Called 'Noah Experts' Flacking for Exposure
Next Post

One response to “‘Noah’ Interview: Aronofsky and Handel Creating Conversation, Not Agenda”