The Top 5 Most Fascinating Documentaries That Will Screen at the AFI DOCs Festival May 22, 2014 Rebecca Cusey

Yesterday I attended the luncheon to announce the slate of films screening at the American Film Institute Documentary Festival (formerly Silverdocs). The festival runs June 18-22 in Washington, DC and Silver Spring, Maryland. With 84 films scheduled to run, there’s lots to choose from, but here are the five that look best to me:

I usually don’t like films in which Hollywood celebrates itself, but this is an exception. This documentary looks at the life and work of Roger Ebert, someone with whom I often disagreed but always respected.

As a sidejob, a documentarian videographed weddings for decades. Now he goes back and sees how those marriages turned out. This trailer made me choke up a few times, seeing the emotion on people’s faces. I am curious what he found. I can’t wait to see it.

I’ll be honest…five years ago I would have rolled my eyes at this story of hippies breaking into a FBI office to expose the way the government was spying on its own people. After Snowden, the IRS scandal, the phone tapping scandals, the email hacking, and so on, I wonder why we’re not all fighting back.

If 1971 is about privacy from the government, this documentary about performers who speak out against a restrictive regime is about freedom of speech. It’s a value I never thought would be questioned in America, but I’m beginning to wonder.

Caroll Spinney has been portraying Big Bird and Oscar the Grouch since the beginning, and still keeps going at 80. This story is more than an actor. It’s the sweet, gentle, optimistic thing that somehow became Sesame Street and Muppets. I quibble with Sesame Street from time to time, but in general, it is the best of what the Baby Boomer generation wanted to be. 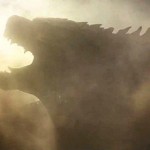 May 23, 2014 Review: X-Men Days of Future Past Fun for Fan and Novice Alike
Browse Our Archives
get the latest from
Family
Sign up for our newsletter
POPULAR AT PATHEOS Family
1