Though I’m no longer enticed by U2’s sermonizing and self-importance, I still give them props for creating some memorably incisive lyrics. In commemorating the victims of a Northern Ireland car bombing in the song “Peace on Earth,” Bono sings that “their lives are bigger than any big ideas.”

In much the same way, Kill the Messenger is a very good cautionary tale against privileging ideology above human lives, in this case those who have died in our subsidized wars in Central America and the inner city U.S. drug wars.  Director Michael Cuesta has crafted a fine story, and its poignancy is further enhanced by the fact that it’s a (largely) true one.

Kill the Messenger opens with footage of four U.S. presidents – Nixon, Ford, Carter, and Reagan – intoning that they take the “War on Drugs” VERY seriously. We then fast forward several years to 1996, as journalist Gary Webb begins exploring a source’s extravagant claims about U.S. government misdeeds in this ongoing struggle.

Through his travels to South Central L.A. and Nicaragua, where he interviews major players in the drug trade (bankers, smugglers, and dealers), Webb fleshes out a distressing Reagan-era narrative. To his shock, he discovers that in order to bankroll the anti-communist Contras, the CIA facilitated billions of dollars of drug smuggling to major U.S. cities, whereby Nicaragua’s so-called freedom fighters received cash and weapons in exchange.

Working for The San Jose Mercury News, a newspaper so small that it lacks an international desk, Webb succeeds in outscooping bigger fish in the media world.  As a result (surprise, surprise), envy and resentment break out at outlets such as The Washington Post and The Los Angeles Times.  CIA sources for these newspapers exploit these inevitable fratricidal urges, resulting in a vile personal campaign to discredit Webb.

Much credit is due to Kill the Messenger’s director and creative team for making what could’ve been a crazily labyrinthine story comprehensible, emotionally rugged, and suspenseful.  Cuesta’s camera often shoots lead actor Jeremy Renner from behind or in a boxed in fashion, powerfully imparting the trapped and paranoid feelings that Webb increasingly experiences.  And while I don’t typically single out a film’s editor for praise, Brian A. Kates adroitly intersplices footage of talking heads, angry politicos, and crack babies with the film’s main action, effectively situating the film in its time and place while maintaining a brisk momentum.

Jeremy Renner turns in an excellent lead performance, convincingly transmitting Webb’s flawed yet admirable humanity. When Renner’s most visible roles of late have been as the blandest member of superhero ensembles in throwaway entertainment such as The Avengers and Mission Impossible: Ghost Protocol, it’s easy to forget that he possesses legitimate talent.  (Please see The Immigrant or The Assassination of Jesse James by the Coward Robert Ford if you need a reminder.)  Webb by way of Renner is an adrenaline junkie with a short fuse, but at the same time, he adores his wife and deeply connects to his children.

Despite the above plaudits, two flaws substantially diminish Kill the Messenger.  For starters, the screenplay earns a B or B- from me, for two main reasons.  First, while I understand that viewers need plenty of prompts to recall Central American misdeeds dating from the 1980’s, the distracting surfeit of expository dialogue violates the cinematic “show, don’t tell” rule.  Second, periodic bits of dialogue wincingly cross into cliché territory.  The newspaper switchboard is “lighting up like a Christmas tree!”  Ugh…

More damagingly, in its coda, Kill the Messenger implies a conspiracy where there most likely wasn’t one.  While not a fatal flaw, this will unquestionably provide fodder for doubters of the well-documented misconduct by the CIA.  (Recent reportage in The Huffington Post and The Nation persuasively make the case that Gary Webb got his facts right, though if you want to stay out of spoiler territory, you may want to forego clicking those links until after you’ve seen the film.)

Nonetheless, it would be a shame if these deficits kept moviegoers from watching this solidly made film. Since U.S. presidents (no matter their party affiliation) remain addicted to propping up nasty leaders worldwide in a sickly Machiavellian calculus, Kill the Messenger is a salutary prod to voters and activists who care more about people than realpolitik.

(Parents’ guide: Kill the Messenger is rated R and contains a fair number of F-bombs and mature situations.  I’d recommend steering those 14 and under to lighter fare.) 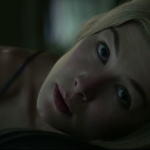 October 3, 2014
Review: Nothing is Missing in 'Gone Girl'
Next Post 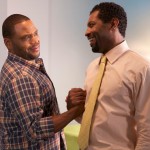 October 16, 2014 Black-ish Recap: 'The Nod'
Browse Our Archives
get the latest from
Family
Sign up for our newsletter
POPULAR AT PATHEOS Family
1