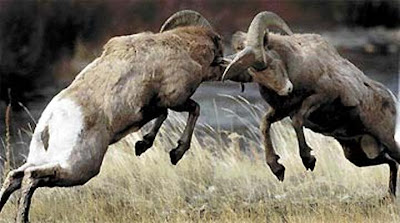 UPDATE: Two Christians have contacted me to tell me they’re interested.  Please suggest format ideas for us to talk over and let me know if you’d like to join in!

While picking a fight with Paul Krugman, Bryan Caplan came up with an interesting idea. Both Caplan and Krugman thought that, on average, their own side of the libertarian/liberal split had done a better job considering the other side’s ideas before rejecting them. Inspired by the Turing Test for machine intelligence*, Caplan proposed an ideological Turing Test as follows:

I’m completely in agreement with both Caplan and Krugman about the need to be able to understand the arguments of the other side, both in order to be better prepared to rebut them, but also as a guard against sticking to your own side out of ignorance and pride. (In fact, this was the crux of my final column for The Yale Daily News.

One of the greatest gifts of my time at Yale has been living, writing, and arguing in a community of smart people with whom I fiercely disagree… The imitation test has helped me make sure I really understood what I was rejecting and, in the end, embracing.

Unless your enemies are purposefully contrarian (and I’ve met more than a few of those here) there is something they find uniquely compelling about their ideology. To imitate them, you need to know what that is and understand why it moves people. It doesn’t matter if the benefits of an ideology are outweighed by its drawbacks; unless you can recognize the good as good, no partisan will ever trust your analysis of their creed.

And, unless you’re uncommonly brilliant and perceptive, it will do you a lot of good to confront the merits of the other side. Just because your position is better on net than your opponent’s doesn’t mean there aren’t some pretty hefty costs to the legislation you yourself endorse.

Just like Caplan, I’d like to put my money where my mouth is and play in an Ideological Turing Test against a Christian blogger. We could both answer a selection of questions posed by Christians and atheists or we could each write an argument for and against the side we support and then briefly rebut the two arguments the other one had produced. I’m flexible and open to suggestions.

I’m certainly not a particularly authoritative atheist, so I don’t think a victory for either side proves anything. I think it’s a good exercise to make sure we know what we’re trying to oppose and I imagine the posts would provide good fodder for later argument and discussion. If you’re interested, comment below or drop me a line at leahDOTlibrescoATgmailDOTcom. Even if you don’t want to participate, I’d appreciate it if you threw up a link at your blog, to help me recruit a Christian sparring partner.

*As a fun, semi-related bonus, I have to include a link to Brian Christian’s article “Man vs. Machine” in The Atlantic.  He participated in a Turing test for conversation bots as one of the human ringers the computers had to beat.  It’s a great article and he’s written a book The Most Human Human using the experience as a launching point into neuropsych and philosophy.