Over at Virtuous Pla.net, Father Ryan Erlenbush has posted a primer on guardian angels. Generally, this whole topic tends to fall into the same category as the Trinity in yesterday’s post: it’s a hypothesis so dependent on Christianity already being true that it feels pretty irrelevant to comment on here. The reason I remark on it at all is because the specifics of the piece are setting off my scriptural fanfiction detector. Here are some of the specifics Fr. Erlenbush discusses:

When did I receive my angel guardian?
At the moment of conception. Your angel was given to you even before the graces of baptism! This is because angels are given to human beings on account of our reason, not on account of baptismal grace.
Was my angel someone else’s guardian before mine?
Probably not. Every human being receives one angel. It is, however, theoretically possible (though not at all likely) that an angel could be re-assigned if their first human was condemned to hell.
Does my guardian angel know everything I do and everything I think?
Yes, your angel knows everything about you and can “read your soul”, as it were. Still, the most intimate recesses of your heart are known by God alone – this is why Mary’s angel (probably Gabriel) was amazed when her glory was revealed at the Assumption.
Do my sins make my angel sad?
Not really. Your angel enjoys the perfect vision of God and so cannot be sad; for all who see God are perfectly happy. Just as God wills to permit you to sin, so too your angel permits your fall – this does not make him sad, for he takes joy in God’s plan. Still, it is likely that your angel experiences a general displeasure at your sins.
Can my angel guardian change the physical world around me?
Yes. St. Gemma Galgani would regularly ask her guardian angel to mail letters for her – many letters were sent back and forth to her spiritual director while he was in Rome. 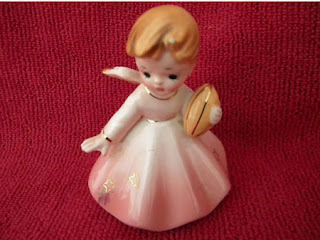 Ok, can anyone give me the foggiest idea where Fr. Erlenbush is sourcing this all from?  We’re only up to Jeremiah in the King and I Project, but between that and Mass readings I can’t come up with anything giving this level of detail on the topic.  I might write this off as Dante-like embroidery of doctrine, but, given that the author is a priest, should I assume he’s going on more than whimsy?

This kind of theology always seems especially suspect to me because of its self-indulgence:  human beings as so important that they merit the constant attentions of divine beings.  I almost imagine the colossal importance of humans warping the fabric of spacetime (soultime?) to keep angels in perpetual orbit.  It sounds like the kind of story people would invent, whether or not it were true. 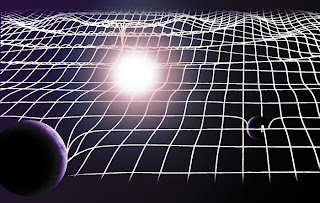 Anyone have an explanation of where this is coming from and if it really is intrinsically bound up in Catholic theology?

October 6, 2011 Bug Hunting!
Recent Comments
90 Comments | Leave a Comment
"Oh! And you can get there via Naval Gazing.(probably not by Navel Gazing...)"
TheSparksFlyUpward Too Sucky To Be True
"Hello, Deiseach!1. This is not an ad. (It always reassures me when someone says that!! ..."
TheSparksFlyUpward Too Sucky To Be True
""Do you honestly think that a child raised by a woman has no exposure to ..."
Zorin 2012 Queer Blogathon [Index Post]
"I'd love to see a video of how it works. keranique shampoo reviews"
Marlene Garza Welcome Camels with Hammers to Patheos!
Browse Our Archives
Follow Us!