Irrational with Respect to What?

Irrational with Respect to What? April 19, 2012 Leah Libresco

In Thinking Fast and Slow, Daniel Kahneman draws on a lot of empirical studies where subjects make clearly irrational decisions.  A choice throws an exception in an otherwise functional heuristic, and the subject takes an action that doesn’t promote his or her stated goal.  But one of the studies Kahneman cites doesn’t seem to fit into this model. 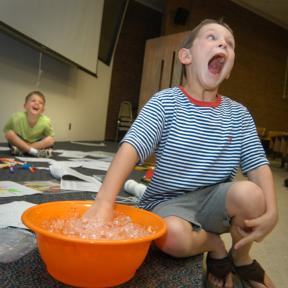 In the experiment, subjects placed a hand into painfully cold water and had to keep it there for 60 seconds.  After a break, they put their other hand into an identical water bath, but after the 60 seconds were up, they kept their hands in for an additional 30 seconds and the temperature of the bath was raised so that it was still uncomfortable, but not as painful.  (For the methodology nerds: the order of these experiences were randomized, the right/left assignment to the treatment conditions were randomized, and the subjects were just told they needed to keep their hand in the bath until the experimenter said to take it out.  The subjects didn’t have the description of the differences between the conditions)

After experiencing both conditions, the subjects were told that they had one more round, but they could pick which condition they would repeat: the one they’d had on their right hand or the one on their left.  Overwhelmingly, the subjects chose to pick the longer trial, even though it was an extension of the discomfort in the shorter experience.

This kind of preference is known as the peak-end rule.  We don’t tend to remember experiences as the average of pleasure and pain, multiplied by the length of the experience.  Instead, we seem to rank them according to two criteria: how bad (or good) was the most intense part of the experience and what did we feel right before the experience ended.  Both water baths had the same unpleasant peak, but the longer condition had a less awful feeling right before the trial ended, so it was preferred.

Decisions that do not produce the best possible experience and erroneous forecasts of future feelings — both are bad news for believers in the rationality of choice. The cold-hand study showed that we cannot fully trust our preferences to reflect our interests… Tastes and decisions are shaped by memories and the memories can be wrong.

This sounds like a weird objection.  We know that humans lay down memories according to the peak-end rule.  Is it really rational to optimize according to how we think we should record and rank experiences rather than how we actually do?  Eliezer Yudkowsky writes about this kind of problem in his analysis of Newcomb’s Problem (it’s a little long and complex to excerpt, so I recommend just reading the whole thing).

The first place I ran across an example of the peak-end properties of memory was in a discussion of colonoscopies.  By leaving the probe in the patient for an extra minute at the end of the exam, doctors ensured that the end of the experience was less awful than the more active parts of the exam.  Patients in this condition remembered their exams as less unpleasant than did the patients whose doctors hadn’t extended the experience.

So what I’m wondering is, if Daniel Kahneman were going in for a colonoscopy, which technique would he prefer the doctor use?  Would he really rather feel reasonable than feel comfortable?

I guess Kahneman could sidestep some of these problems if he’s willing to operate in the constraints of how his memory works now, but plans to go full-bore transhumanist and work on rejiggering how human memory encodes sustained sensation.  I really doubt that’s his project, but if it were, I’d be really interested in what criteria he or anyone else would use to compare different memory schema.

April 20, 2012 7 Quick Takes (4/20/12)
Recent Comments
130 Comments | Leave a Comment
Browse Our Archives
get the latest from
Catholic
Sign up for our newsletter
POPULAR AT PATHEOS Catholic
1

What Not to Say to a...
Steel Magnificat
Related posts from Unequally Yoked