Clawing out of the Cesspool

Clawing out of the Cesspool August 8, 2012 Leah Libresco 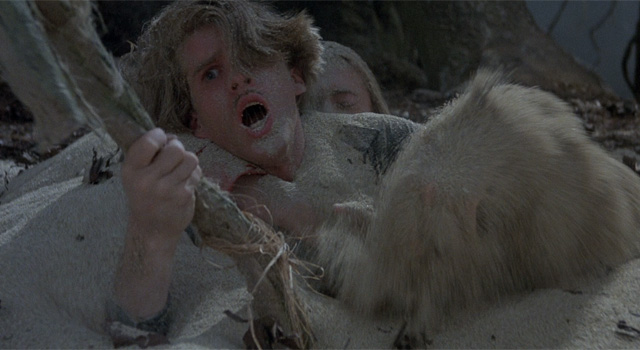 Thanks all for the mostly good behavior on the two preceding posts on queer issues.  I know I’ve got a fairly diverse audience, and it can be hard to negotiate different frames of reference without misinterpreting or even just taking offense at the wrong thing (and thereby missing the insult your sparring partner spent a while crafting!).

After looking at comment thread in the last post, Adam Lee was pretty put off by what he termed the “cesspool of anti-gay hate” that bubbled up.  I can guess some of the specific comments he was referring to, so, just as a reminder: My comment policy is not to call out every comment I disagree with (that would mean disruptive or unpleasant people got first dibs on my time), and you all are free to walk away from a fight that feels unproductive.

I usually prefer to write for the people I disagree with.  It’s easier for me to write targeted to some specific idea of an audience, and a mildly hostile interlocutor is a good match for my (probably a little excessively) pugilistic style.  So I can’t be surprised when the people I’m tailoring my posts for show up and get a mite, well, disagreeable.

Before and after my conversion, people have accused me of being accomodationist of some pretty awful ideas, and I guess that’s true to an extent.  I don’t make an effort to make these comment threads a safe space, and, if I’m going to bother to engage someone who tees me off, I work really hard to not give them an excuse to write off my arguments, so I tone down my outrage.  I’m not universalizing this strategy, but it’s what I like doing and sometimes it pays off.  I’m trying to make it easier for people to change their mind and encounter the information that might help them do it.

And speaking of which: If you notice people think your comments are hateful, that is data.  It may not mean that your rhetoric or position is actually wrong, but it’s extremely likely that the way you’re expressing it isn’t winning over the people you’re trying to help (and you are in the conversation to be helpful, not to vent, right?).      People are usually telling you the truth when they say they’re angry.  That’s a fact about the world.  Whether they’re ‘right’ to be angry is a different question, but whatever the answer is, it doesn’t change the fact that, while they’re angry, it’s harder for them to engage with the content of your argument.

This is what I like to call “handing weapons to the enemy.”  If your interlocutor doesn’t want to change his mind, there are two ways for him to stay safe: rebutting you and coming up with a reason to not engage with you.  The content of your arguments is supposed to take care of the first, and your tone is what takes of the second.  When you go too aggressive, or match the abusive tone of the person you’re speaking to, most people will mentally downgrade the soundness of your argument.  It doesn’t matter that they started it.  And remember that most people, yes, you included, are bad at calibrating a match to the interlocutor’s tone.  We usually intensify.

It’s not required that everyone play in my style on my blog, but don’t be surprised that the general approach means some nasty stuff comes into the sunlight.  Ignore it if you like, but, if you want to engage, I’d challenge you to draft one comment as you would if you were talking to your objectionable uncle or anyone you loved and you wanted to correct them charitably.

Read over the draft and try to decide what has to go and why.  What are you losing by not getting angry?  If you’re worried you sound too conciliatory, could you just preface the whole thing with “I really, vehemently disagree with what you said.  Let me try to explain why.”  I promise to still believe you’re frustrated, even if everything that follows is pleasant.

August 7, 2012
What would someone have to say to you to get you to break up your family?
Next Post

August 8, 2012 Finding the right amount of unpleasantness
Recent Comments
194 Comments | Leave a Comment
Browse Our Archives
get the latest from
Catholic
Sign up for our newsletter
POPULAR AT PATHEOS Catholic
1