Why Won’t You Argue What I Know You Believe?

Yvain has been reading Feser’s The Last Superstition, and he has an excellent gloss of one of Feser’s main points:

Feser’s argument is that most atheists arguing with Christians are pretty much the equivalent of a Calvinist going up to a Hindu saying “Look! John Calvin’s writings totally oppose abortion! Why can’t you see that?!”.

Atheists used to arguing with Modern Christians share most of their worldview with them. Atheists usually win these arguments, because the modern worldview logically implies atheism. The modern worldview is so pervasive that it is practically impossible for moderns to imagine anything else, and so if they meet a Traditional Christian, they will usually misinterpret everything they say and round off all of their arguments to the nearest Modern equivalent. These arguments almost but not quite make sense in a modern context, and so the atheist assumes the Traditional Christian has made a simple error and is just stupid.

This is pretty much the process I went through when I started arguing with smart, trad-y Christians in the Yale Political Union.  My arguments were those of Dawkins and new atheists, and they didn’t match the claims and beliefs of my new interlocutors.

What’s worse, the Catholics and Orthodox I was talking to used some of the same words as the Modern Christians, but they meant radically different things.  It’s basically like having an argument in French, except this dialect of French is composed almost entirely of false cognates, so it’s pretty easy to fail to notice that your opponent is speaking French instead of English.

Yvain is going to continue blogging through The Last Superstition intermittently.  I think his distillation of Feser here (which mercifully lacks the insults to Dawkins and others you’ll find in the book — it’s hard to notice that your opposite number is speaking False Cognate French!) should make atheists a little curious about what exactly the Catholics are proposing.  I basically shifted away from Modernity in Yvain’s diagram, and found that I’d ended up in Catholicism.

I’m noodling over the idea that atheism and Modern Christianity are much closer to having a common frame of reference than either is to Catholicism or Orthodoxy.  Certainly, working off the same conceptual data set as many atheists, a lot of Christianities spiral down into Moral Therapeutic Deism or just really epistemologically modest pomo bible study groups.  Given the assumptions of the modern view, atheism seems like a much more stronger attractor.

Part of Feser’s argument is that we gave up a lot of our philosophic vocabulary during the period where empiricism got really interesting really fast, and eclipsed some of the other questions we were interested in.   It’s a big lift to get someone to study a new language, when you need the vocabulary they’re about to learn to explain why it’s so cool.  (I hit this problem a lot recommending math/CS classes).  The Last Superstition and Feser’s Aquinas are basically trying to make us deracinated moderns fluent again in their old native tongue. 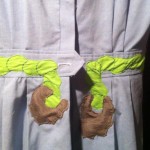 October 24, 2012 Bob, can I interest you in Transhumanism?
Recent Comments
2,153 Comments | Leave a Comment
"On that note... I recommend every Catholic and Christian have that post a read. Click ..."
Oktavian Zamoyski Effective Altruism and Caritas [Radio Readings]
"I think too many people have grandiose and unnatural ideas about charity. It becomes a ..."
Oktavian Zamoyski Effective Altruism and Caritas [Radio Readings]
"Jesus wasn’t resurrected as a great miracle simply in order to convince people to believe ..."
John The Two-Lazarus Problem
"The cartoon is amusing, but flawed. One of the four virtues of Stoicism is Justice; ..."
Vulpes Inculta 7QT: Stoicism Man, Semi-Imaginary Money, and ..."
Browse Our Archives
Related posts from Unequally Yoked