I’m always delighted when life imitates xkcd (after all, that’s why I dressed up as a ninja and attacked Richard Stallman freshman year).  After xkcd explained the Saturn V using only the thousand most common English words, someone put together The Up-Goer Five Text Editor, that will let you try and explain ideas using only the top thousand words.  It’ll flag you when you go wrong.

About 3:30 p.m. on April 1, Sir Rex received a cable now widely considered remarkable even by the standards of British sang-froid. It read:

“We now believe that the Argentine task force will assemble off Cape Pembroke by dawn tomorrow stop no doubt you will wish to make your dispositions accordingly.”

“It is very ungentlemanly of you to refuse to shake my hand,” General García said, in a widely reported exchange.

“It is very uncivilized of you to invade my country,” Sir Rex replied.

Exiled immediately, Sir Rex chose to depart with all due imperial pomp, donning his ceremonial uniform: tunic, sword and hat plumed with ostrich feathers. The figure he cut was rendered all the more evocative by his 5-foot-4 stature.

Melinda Selmys is writing a series on natural law as a series of dialogues.  Here’s a quote from the first installment:

C: I see. Well to me this entire “kind of being” notion seems like an an abstract invention. An intellectual trompe l’oeil.

G: Catullus, everyone believes in “kinds of beings.” You believe that an orange is different from an aardvark. That they’re different kinds of things. By nature.

C: By convention. They are both basically assemblages of carbon atoms and H2O with a little of this and a little of that mixed in to give some local colour. The carbon and water and what-not are basically just wavelengths of a primordial energy that we call light. Our minds look upon the light and form the impression of a four legged eater of ants. Then we invent a word to group together similar impressions and thus, presto chango, the category of aardvark is produced.

G: Well in that case a human being is the kind of rational subjectivity that is capable of deducing aardvarks from the primordial light. He’s still, by nature, a rational being.

C: So the objective truth is that a human person is an absolute subjectivity who uses his reason to produce reality and then imagines that his, or her, productions are objective. Yes, all right. I think I can agree to that.

G: That’s not what I said. I wasn’t denying the existence of any other kinds of objective truth. I was just pointing out that even if we were to assume all of your premises we would still get the conclusion that there is objectively such a thing as human nature. I’m saying that it’s an inescapable conclusion, not a self-referential fallacy.

Over at the charmingly named Galleycat blog, there’s an announcement that Simon & Schuster is having a book jacket design contest for the 60th anniversary of Ray Bradbury’s Fahrenheit 451.  These were my favorites in the gallery. 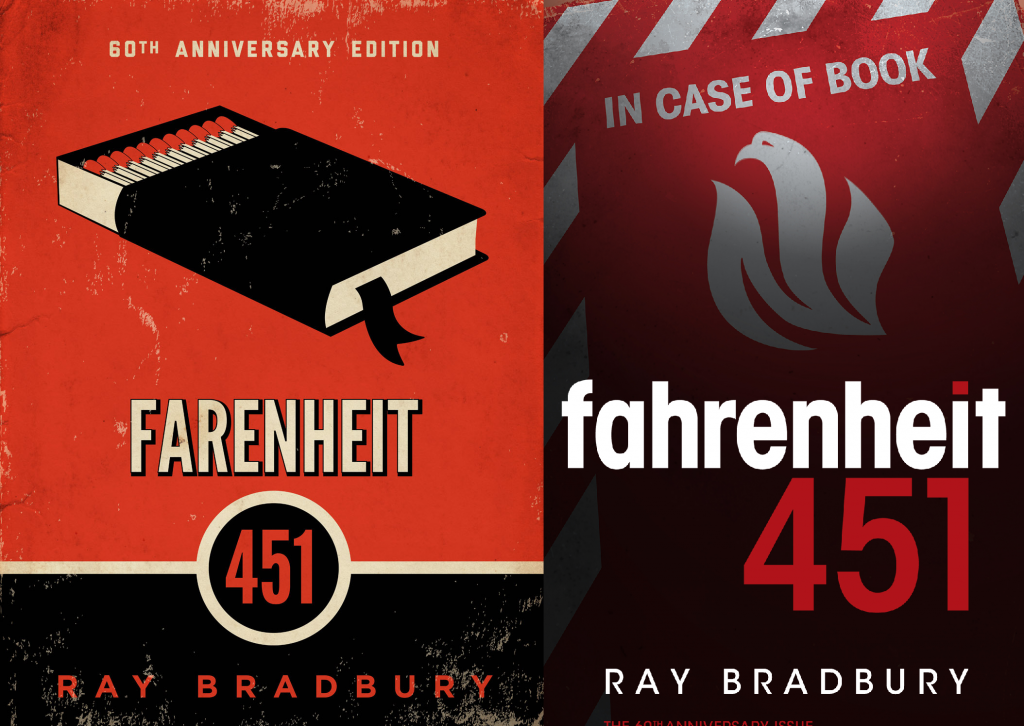 (Credits for the first and second covers)

Coffee aficionados often claim that the spread of its popularity is due to Pope Clement VIII’s influence. Being pressured by his advisers to declare coffee the “bitter invention of Satan” because of its popularity among Muslims and it being a sort of antithesis or substitute for wine (which was used in the Eucharist), upon tasting it he instead declared that, “This devil’s drink is so delicious…we should cheat the devil by baptizing it.” The year often cited is 1600. It is not clear whether this is a true story, but it may have been found amusing at the time.

Fun fact: according to a priest I spoke to, baptizing with anything that is not water is not allowed, but only beer is specifically proscribed.  From New Advent:

[I]t is never allowable to baptize with an invalid liquid. There is a response of Pope Gregory IX to the Archbishop of Trondhjem in Norway where beer (or mead) had been employed for baptism. The pontiff says: “Since according to the Gospel teaching, a man must be born again of water and the Holy Ghost, those are not to be considered validly baptized who have been baptized with beer” (cervisia).

DarwinCatholic has some good comments on Anthony Esolen’s lament for the demise of flirting.

Just as many overlook that underlying the edifice of the vibrant culture of family life in the 1950s was a deeply unstable moral foundation which was a direct contributor to the widespread acceptance of changing sexual and social mores in the 1960s, so many Catholics sigh for the romanticism of earlier eras in which relations between the sexes were more defined and regulated without considering that the climbing divorce rates of later years and decades were fueled at least in part by the dissolution of some of these marriages. The question should be, though: do these external features actually function to produce not just higher rates of marriage but better marriages?

…There’s something charmingly retro about calling for the return of dances and social structures that throw men and women together, but Church-sanctioned socials or what-have-you, while (as Brandon points out) a lovely way to build community, can be an excuse for pushing out onto others the responsibility for virtuous marriages, whereas personal virtue is a change that starts right now, instantly, in the choices one makes every moment, in how one relates to every person one meets, man or woman.

And, finally, via dy/dan, a nice video on our intuitions about randomness: 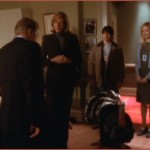 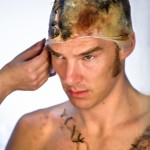 November 24, 2012 The Man is Father of the Monster
Recent Comments
54 Comments | Leave a Comment
Browse Our Archives
Related posts from Unequally Yoked