Does Anyone Else Pray for Fictional Characters?

In a Catholic Mass, the whole ritual is subdivided into two basic parts: the Liturgy of the Word (where we read parts of the Old and New Testaments) and the Liturgy of the Eucharist, where Christ offers us his Body and Blood.  During the hinge point, where we move from one part to the other, is a section called named the General Intercessions or Prayers of the Faithful where someone will read out a list of prayer intentions for the congregation.

I don’t quite zone out during this section, but it can be hard to feel as focused or engaged, since the list might be very repetitive week to week. We almost always pray for the sick and suffering, for an increase in vocations to the priesthood and consecrated life, and for the safety and peace of servicemembers and civilians working abroad.  And I tend not to feel much more than the words.

I didn’t really notice how disengaged I felt until I was watching the “Resistance” webisodes from Battlestar Galactica.  I want to avoid spoilers (because I would quite like for everyone to watch BSG), but I think I can get away with saying that one of the resistance fighters (named Jammer) thinks his side might be going pretty seriously wrong, and wants to find a different way to move forward.  And then things gang aft agley, and he’s left wondering whether he’s made things worse, but now is keeping too many secrets to be able to look for counsel or comfort from his friends.

I felt an urgency about Jammer’s situation that I never felt about the generic prayers for soldiers.  Now, I’m not such a fan of the show that I could think that praying for Jammer specifically would do him much good.  After all, the show’s already wrapped, and, well, he doesn’t exist!  But, thinking about Jammer specifically instead of a more abstract reference class (resistance fighters, people who feel like they’re in too deep, people who are trying to make peace unsuccessfully) made me think more concretely about what I wished for him.

I didn’t just want generic safety for Jammer, I wanted him to be able to channel his will for peace better.  I wanted him to be able to work against the tactics of the resistance in a community.  I wanted for him to be able to take the people whose tactics he was trying to subvert and make them part of this growing community.  Bringing to mind the specific things I wanted for Jammer made me think about how many of them were shared across the whole reference class, and whether there was anything I could do to provide help or support for one of these specific problems.

But even as I was able to think more about what actions I could take to help Jammer, or the people like him, I was also able to think of the whole reference class I’d pinned to Jammer as more than their problem.  When we say “the sick and suffering” it’s hard not to avoid using the reference as a Homeric epithet, summarizing a fundamental part of their identity.  But meditating on Jammer made me think that the part of him that felt most suited to be a Homeric epithet was his strong sense of wrongness and his inability to shut it off.  That feeling made his life harder, but it was something I envied a little.  Instead of just thinking of Jammer as someone I could help, I could also recognize that he could help me, and, in fact, he had. 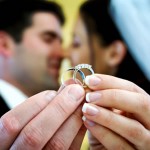 January 20, 2013 The Gay Marriage Debate I'm Looking Forward To
Recent Comments
113 Comments | Leave a Comment
"Despite the differences in level, it's still an excellent manga.pt.2632W.US/U5573xM"
Pilzkeks Dissecting the Catholic Vote for FiveThirtyEight
"Omg is that nathanlil Or whatever the ml name is?"
Parzivall I’m keynoting at a Con for ..."
"Lol. Then why did you argue that she agreed to an exchange? If she had ..."
Manmaker Lenten disciplines draw on our weakness, ..."
"What the bell inu x book all this time I was trying mina x goku ..."
MemeMan Books on deck for me for ..."
Browse Our Archives
Related posts from Unequally Yoked