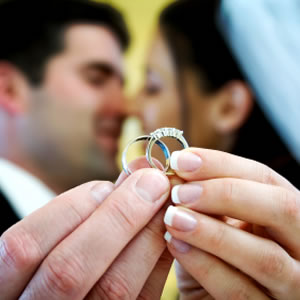 The Modern Love column that appears this week in The New York Times is written by a woman who found that gay marriage did have a big change on her own marriage: it made her feel more married.  I’ll pull a few quotes, but pop over and read the whole thing.

For me, marriage-role terminology carried too much baggage of a history I didn’t want. Although I could imagine the pride with which a new bride might have worked the words “my husband” into every sentence 60 years ago, I couldn’t get there myself. The words “husband” and “wife” didn’t conjure cozy commitment and togetherness, the comfort of a partnership I could count on for all my days. Instead, “wife” smacked of “old ball and chain.” And don’t even get me started on the fact that the word “husband” had no negative colloquial equivalents.

…For years I tried alternatives, hoping to convey a modern sensibility. At various times I was a “partner,” a “co-parent,” a “best-friend-who-also-shared-his-bed.” But I always felt as if I were stealing — either from my gay and lesbian friends who were denied use of the words I was eschewing, or from braver, nonconforming straights.

…No one could accuse the gay community of being stuck in a tired paradigm or of following old habits and expectations. And yet here they were, claiming the old language. Using the lexicon of traditional marriage not as I had, to poke fun and create distance, but in the spirit of the vows they now got to speak. I watched in wonder as my friends claimed the words “husband” and “wife” with reverence and delight and gusto.

Language and names are a funny thing.  (And oh man will we be dwelling on that topic in the math-and-theology bookclub).  When I read this essay, I kept wondering how the different names this woman used changed the way she thought about her relationship.  She’s talking mainly about the way that more casual terms eschew the history and traditional baggage of husband-and-wife, but I also wanted to know what was encapsulated by “co-parent” that was left out of “best-friend-who-also-shared-his-bed.”

According to common sense and Nate Silver, it looks pretty likely that the answer to “Will the State license marriage between two people of any gender?” will be yes.  And some of the consequences of that are obvious and important — legal marriage changes taxes and hospital visits and the structure of splitting up.  But, while we’re focused on civil marriage, we’re mainly focused on the rights that go with marriage, not the responsibilities.

The NYT writer noticed that, in addition to giving her new legal rights, entering the category of marriage changed how she thought about her relationship.  We don’t have this conversation often enough.  It used to be that the definition of marriage was fairly narrow, and that cultural expectations were as clear (and occasionally constricting) as it feels.  Now, it’s harder to be sure that two people are talking about the same thing when they’re both using the word ‘marriage’ (which seems like it could be especially problematic if the two people are planning to get married.

When the pressure is off and we’re all less focused on the way the State shapes marriage, I think we’re going to have an easier time discussing how marriage shapes us.  The growing diversity of models of marriage is going to force us to get specific about what kind of relationship we’re about to enter and begin it deliberately and joyfully. 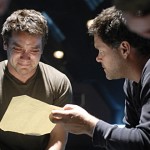 January 19, 2013
Does Anyone Else Pray for Fictional Characters?
Next Post 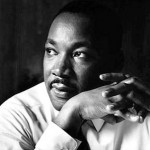 January 21, 2013 Waiting for Enemies to Die
Recent Comments
251 Comments | Leave a Comment
"Jesus wasn’t resurrected as a great miracle simply in order to convince people to believe ..."
John The Two-Lazarus Problem
"The cartoon is amusing, but flawed. One of the four virtues of Stoicism is Justice; ..."
Vulpes Inculta 7QT: Stoicism Man, Semi-Imaginary Money, and ..."
"Do You Know what isn't Fair? Calling Atheism a Religion. Or saying Dawkins is a ..."
skwills Who Gets to Give the Courtier’s ..."
"Oh! And you can get there via Naval Gazing.(probably not by Navel Gazing...)"
TheSparksFlyUpward Too Sucky To Be True
Browse Our Archives
get the latest from
Catholic
Sign up for our newsletter
POPULAR AT PATHEOS Catholic
1