“You’re Gonna Have to Serve Somebody” 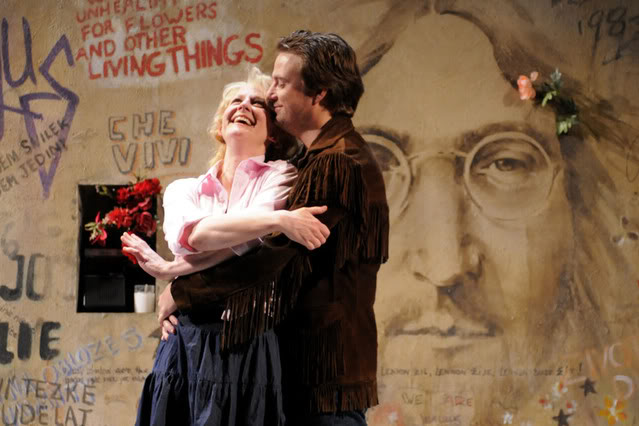 In yesterday’s post, I talked about the unenviable invulnerability of indifference, and, it so happened that the play I saw this weekend (Tom Stoppard’s Rock and Roll at the Actors Ensemble of Berkeley) touched on similar themes.  The play is structured around (among other things) resistance to Soviet-dominated Communism in Czechoslovakia.  At one point in the play, Jan gets into an argument with his friend Ferdinand (recently released from prison) about who represents a larger threat to the government: Ferdinand and his band of intellectual dissidents or the banned band Plastic People of the Universe and their manager Ivan Jirous.

Jan: Why do you think you’re walking around and Jirous is in gaol?

Ferdinand: Because he insulted a secret policeman.

Your friend Havel cares so much he writes a long letter to Husak. It makes no odds whether it’s a love letter or a protest letter. It means they’re playing on the same board. So Husak can relax, he’s made the rules, it’s his game. The population plays the other way by agreeing to be bribed by places at university, or an easy ride at work… they care enough to keep their thoughts to themselves, their haircuts give nothing away.

But the Plastics don’t care at all. They’re unbribable. They’re coming from somewhere else, from where the Muses come from. They’re not heretics. They’re pagans.

I didn’t love the show, and I think part of the reason is that I could never quite figure out what kind of paganism Jan and his heroes aspired to.  The show told me, at length, what they didn’t care about and couldn’t be compelled by, but I remained unconvinced that they really worshiped or loved anything.  (About Jan’s romantic subplot, in my opinion, the less said the better). I had too much sympathy for my age with the stodgy character who declared, “I was embarrassed by the sixties. It was like opening the wrong door in a highly specialized brothel.”

The anti-war, civil rights, and social justice movements were turned outwards, in the service of others.   But the tune-in, drop-out culture to which Jan and other characters in the play felt sympathies for found freedom by turning inward and writing off more of the world as irrelevant.  The more disconnected the characters were from the outside world (whether because of drugs or deadening cynicism) the less vulnerable they were,  But I felt more frustration and pity for them than the aging Communist Max, who kept loving his idol and trying to serve it, even as it kept breaking his heart.

The Plastic People of the Universe may be pagans (Jan is an aspiring pagan), but, in the cozy Cambridge scenes, one of the Classics students translates Plutarch to warn us, “The great god Pan is dead.”   Plutarch goes on to tell us that a great lamentation went up at this news, but I’m not confident Jan has something specific enough to miss or mourn.

As usual when writing about a play that touches history, I’m mostly limiting myself to the representations of real people in the play, as I know nothing about Real!Jirous.  Also, fellow Patheos blogger Eve Tushnet saw and loved a production of this play in DC, if you’d like her review for contrast. 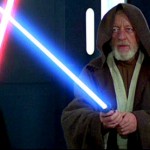 April 21, 2013
Emotional Weapons for a More Indifferent Age
Next Post 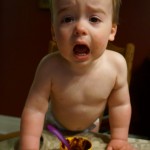 April 23, 2013 The Sin of Inconvenience
Recent Comments
168 Comments | Leave a Comment
Browse Our Archives
get the latest from
Catholic
Sign up for our newsletter
POPULAR AT PATHEOS Catholic
1