Since I’ve had two posts this week (and two more scheduled for next week) on oath-keeping and rule-breaking, I have the perfect excuse to include the Tony Awards performance from Catch Me If You Can: Norman Leo Butz in “Breakin’ All the Rules”

Father’s Day is coming up this Sunday, so, if you’re planning to join me in giving the gift of stealth compliments to your friends’ fathers, you’ll need to set aside time, ASAP.  I’m not doing too many this first year, so the size of the task won’t stop me from starting the habit.   Over the next year, I’ll try to write one a month and just send half on Mother’s Day and half on Father’s Day.

And speaking of stealth anything, Wired recently had a little feature on a browser extension that lets you use steganography to hide content inside images on Facebook.

Secretbook has to be subtle. It uses Google Chrome’s web extension platform, since Facebook’s in-house apps publicly list their users — which would defeat the purpose of a secrecy tool. Since the extension runs through a web browser without a server connection, the users can’t be detected by network analysis. It’s also hard for Facebook to block or remove permissions, as the extension doesn’t rely on a Facebook API key.

Steganography tools can benefit terrorists as much as they can protect privacy. Campbell-Moore believes steganography certainly can be used by terrorists in a general sense — but terrorists may avoid his method as it’s not entirely foolproof. Since the images contain a large number of changes, someone looking for them could conceivably write an algorithm that tracks down manipulated images. That could limit the extension to “hobbyists and researchers,” he says, rather than militants, or maybe not.

“A researcher could certainly build a simple system for detecting which images have secret messages hidden in them although they would first require access to all 300+ million photos being uploaded to Facebook every day,” Campbell-Moore says. “Which I suspect even the NSA doesn’t currently have, and performing detection on that scale would be very difficult.”

Um, that last line may be a little dated.

Christian H had two really great blog posts a little ways back that were also kinda sorta about how messages are changed when you change the medium they’re expressed in.  In “Other People’s Epics” he wrote:

What makes the epic so amusing to me, then, is that as a genre the epic is almost like a fill-in-the-blanks for ideology. You have all these empty fields which you fill in with content; once you’ve filled in the fields, you have an epic. What’s interesting, of course, is to see how the different features change based on what worldview is slotted in. For instance, in Paradise Lost, the katabasis is Satan’s flight into Hell after losing the War in Heaven. In The Faerie Queene, the talking tree is a man who was seduced by a witch (who signified the Catholic Church) and was turned into a tree when he discovered who she was, but in The Lord of the Rings, written by an environmentalist, the talking trees were Ents, early eco-warriors. In The Faerie Queene the hero is a gentleman-knight; inLord of the Rings he is a hobbit, an analogue for the simple rural men-at-arms in WWI’s trenches; in One River the hero is a revolutionary ethnobotanist who has what Davis calls a taxonomic eye, the innate ability to identify taxonomy at a glance. Good epics of course are not really just highly stylized Mad Libs; a skilled epic poet or writer will make creative use of the genre’s constraints rather than be a slave to them. So what I like to do is imagine what different kinds of epics would look like. What would an environmentalist epic look like? (Probably a lot like The Lord of the Rings.) What would a Canadian epic look like? What would an Anglican, or Catholic, or Mormon, or Muslim epic look like? What would a librarian’s epic hero’s virtues be, or an engineer’s, or a home-maker’s? What would be the Underworld in a Dutch-Canadian epic, an Asian-Canadian epic, an Inuit epic?

I also think about the sorts of world-views that make me uncomfortable. What would an Islamaphobic epic look like? A homophobic epic? A white supremist epic? An anti-feminist epic? This is less fun, but it might be a helpful exercise.

So if I’m thinking about a worldview or some other philosophical position, I not only think about what kind of epic a person could write for it or what kind of mystery a person could write for it, but also which genre would represent it best. If I’m a communist trying to improve my economic system’s aesthetics, should I make a communist mystery novel, or a communist epic, or a Marxploitation flick, or a comromcom (communist romantic comedy)? (I made up those last two designations.) This is a question about the content’s relation to form, but I mustn’t forget that it’s also a question about my audience. An exploitation flick might be insightful and critical to some but offensive to others; a romantic comedy might help one person understand but might alienate another. And so on.

And now, not only do I want to read material from the subgenres he invented, I’m sorely tempted to make the last question in this year’s Ideological Turing Test be “What literary genre best expresses your beliefs?”

And now, thinking about how the audience shapes our content, Calah has further thoughts on the harm done by many abstinence only programs:

These metaphors, as many of my commenters pointed out, are rooted in the Christian idea of sin. In Christianity, the concept of sin is inextricably linked to the promise of forgiveness. Not so for a secular kid. If there is no sin, there can be no forgiveness. So what happens when they are dirtied, or chewed and spat out, or when they lose their “stick”?

They’re ruined, that’s what. If there’s no one around to explain sin, forgiveness, and redemption, there’s no one to explain the ultimate reality that these metaphors are trying to disclose. If there’s no one around to explain sex to them at all, if all they’re getting is a necessarily limited sex ed class, who will be around to reassure them of their self-worth if they do have sex? Additionally, as many of my commenters pointed out, pre-marital sex (especially the first time)  is often accompanied by a sense of shame no matter what these kids have been taught. I think that’s evidence of an inborn moral conscience, others think it’s cultural conditioning, but whatever the case, these kids don’t have someone telling them about forgiveness.

Here’s a unexpected piece of analysis about the stories we tell: The Guardian reports that Lego faces have gotten angrier.

The first Lego figures were developed in 1978 and had a classic yellow face with a broad, simple smile, but from 1989 onwards facial expressions began to be more complex as new themes – such as the early Little Pirates – were added to the range. Now a range of expressions including happy, angry, surprised, scared and enigmatic are included in the range.

“It is our impression that the themes have been increasingly based on conflicts. Often a good force is struggling with a bad one,” said Bartneck. “The number of new faces that the Lego company introduces every year is increasing steadily. Lego started producing a greater variety of faces in the 1990s. Happiness and anger seem to be the most frequent emotional expressions.”

Bartneck added that both “good” and “bad” characters now carried a larger range of facial expressions – giving rise to speculation that the figures may just be more in touch with a greater range of emotions.

When I read this quote, I did think the explanation sounded reasonable.  How much fun could you have storytelling without conflict?  And it’s much nicer to implement this with Lego’s swappable heads than to have, say, a permanently sneering Barbie.

But then I remembered that I’m still in the middle of Bernard Mandeville’s The Fable of the Bees as part of my ongoing bookclub with my gentleman caller and, given that I disagree with the author’s thesis that society can only flourish when competing sins and vices are active, but held in equipoise, I’m in no position to insist on the existence of villainous Lego figurines for the sake of flourishing fictional societies.

And, finally, on Monday, I’ll announce the theme and the questions for this year’s Ideological Turing Test, so hie thee hence to the brainstorming thread if you have suggestions.  I’ll admit I have an early favorite, but there’s time to change my mind. 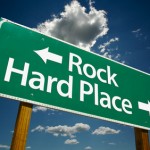 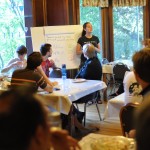 June 15, 2013 My Week at Rationalist Summer Camp [Sequence Index]
Recent Comments
118 Comments | Leave a Comment
Browse Our Archives
get the latest from
Catholic
Sign up for our newsletter
POPULAR AT PATHEOS Catholic
1