This is the seventh entry in the Christian round of the 2013 Ideological Turing Test.  This year, atheists and Christians responded to questions about sex, death, and literature.

I’m choosing to assume that the question is not about the enforcement of limitations on an activity by definite political/religious authorities, i.e., not about the social/spiritual planning measures of committeemen attempting to promote beatitude or create a perfect Fourierist phalanx (or whatever else). The question of active “limitation” will be bracketed, and instead I will look at marriage as something people do, as individuals, and its significance and potential variability on that level.

Once the question of the regulation of marriage by some authoritative group has been cast aside, the discussion of marital issues becomes very different from what most of us are (I expect) used to. Regulation demands the use of political prudence, which seeks the good of the whole through the realization of the individual good of members in society, and the speculative exercise of political prudence in private debates stirs the heart of every layman to pontificate. Let’s skip that.

Before we launch into speculation about what marriage is, it’s worth asking how we know about marriage. For most of us, knowledge of marriage is based on constant, low level cultural formation. Our knowledge is not part of any innate idea; it is culturally dependent, and grasped only after being proposed and considered. This creates difficulties when we attempt to speak of “marriage in general” across cultures and time periods, because the various items grouped under the word “marriage” do not seem to share a common cultural ancestry, and thus cannot without hesitation be called one thing. And if I encounter a variety of marriage in which polygamy is accepted, or a peculiar set of taboos are in place, or find that certain behaviors/ideas form the primary context for the bond, it would be foolish to simply suppose that these differences are deficiencies or those alternative arrangements are perversions of the natural order. My knowledge of the natural order is culturally conditioned as well. My insights into human nature are derived from experience and observation. I cannot reasonably claim merely on the basis of my cultural background (setting faith aside) to have any privileged insight into the natural order of marriage or the limits of its variability.

I realize that on this point I am violating the highly confident natural law orthodoxy most of us know from The Abolition of Man(though Lewis does not mention polygamy, as far as I can tell), and endorsing (shudder) an idea borrowed from relativistic cultural anthropology. I guess it’s good this is anonymous! Well, things are about to get worse. Not only do I reject the epistemological underpinnings of much of contemporary Christian marriage apologetics, I also believe that polygamy is not, strictly speaking, contrary to the natural law. (Oh no!) It seems clear that the just man will care for his offspring, and therefore (given the length of minority among humans) it is in the interest of parents to protect their children by entering into a covenant. Since friendship is nothing more than the cooperative pursuit of a shared goal, it follows necessarily that these covenantal bonds will take the form of friendship, and that to the extent that this friendship flourishes it will benefit the child, who is its primary goal. And further, because friendship is a good in its own right, and this sort of friendship (formed between two for the benefit of their offspring) has a distinctive lasting and productive quality that enriches everyone involved, we can say that a secondary goal in this kind of covenant is the excellence of the friendship proper to it. For the sake of convenience, this sort of behavior, i.e., of forming a lasting promise between two for the protection and benefit of offspring, is what I call “marriage”. Now, one can make all sorts of fuzzy speculations about the psychology and biology of sex and weave together a lovely lovely theological-sexual poetics, expound on the erotics of the Trinity, the providential rhythms of coitus, etc. But it’s grandiose fluff, and frequently tends toward theological error, and I’m not going to do that.

So where does that leave me? Polygamy, while POTENTIALLY obstructive to the secondary (and in some cases also to the primary) end of “marriage” (i.e., that thing people do who agree to rear and protect their offspring together), does not INHERENTLY exclude it and therefore is not, according to the natural law, wrong. But according to Divine Revelation as mediated through the Church, a polygamous marriage arrangement cannot be sacramentally blessed. From this fact one can deduce that there must be some feature of monogamous marriage that is superior for the attainment of the SUPERNATURAL END of eternal beatitude, but it certainly does not follow that we can demonstrate that superiority or grasp it by the natural exercise of reason, or monogamy is inherently better for rearing children (though that seems like a plausible guess to me). I am content to leave it there.

This does not pertain to euthanasia, but it falls under the question as stated. I am of the (uncertain) opinion that it is permissible for the state to exclude by execution perpetrators of heinous crimes from membership in the community. While doing so probably is not an expression of charity (except in cases of necessity), it is very clearly the right of the community in protecting the common good.

Communities (aside from the Church) are not subjects of charity, and we cannot expect them to be in this life. Sovereigns ought to be merciful, in any case, wherever it does not damage the common good. As for Euthanasia itself, this is a very complex question. Being short on space, I’ll settle with an appeal to authority. In May 1980, the Holy Office issued a document (Iura et Bona, DS 4660ff.) which defines Euthanasia as “an action or omission that of itself or by intention causes death, in order that all suffering may in this way be eliminated.” The document goes onto clarify that the omissions referenced include only normal care, not experimental care, or “forms of treatment that would only secure a precarious and burdensome prolongation of life.” The document grants that many people “may be led to believe that they can legitimately ask for death or obtain it for others” and that the presence of intolerable pain may reduce the guilt of the one seeking death, but cannot change the intrinsic evil of the action of killing an innocent. The document is brief and worth looking over. Themes from it were later taken up in JPII’s Evangelium Vitae. 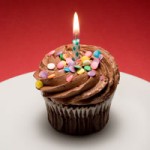 July 21, 2013 Happy Birthday to Me!
Recent Comments
113 Comments | Leave a Comment
Browse Our Archives
get the latest from
Catholic
Sign up for our newsletter
POPULAR AT PATHEOS Catholic
1