You may want to keep this year’s answer key and list of entries in the Christian round handy while you read the results.

The top three scorers (as measured by the percent of  Christians rating the entry “Very Likely Christian”) were all genuine Christians.  Beth (entry 6) was most likely to be judged very likely Christian (77% of judges).  Following her were Gilbert (entry 9 – 58%) and Brendan Hodge (entry 11 – 43%).

And Christian H. (entry 3) was the least believed Christian to the Christians.  Only 11% found him to be very likely Christian, and fewer than half guessed Christian at all.  He was followed by Joy (the ambiguous case) and Ozy (the last remaining atheist). 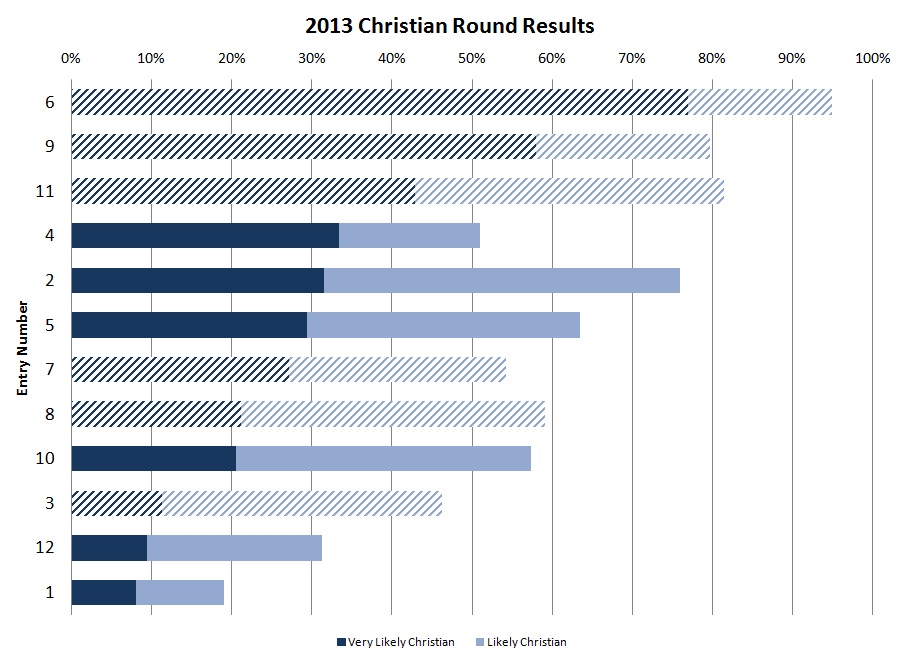 I’d like to give an additional credit to Christian H, who was the entrant that the highest proportion of atheists wanted to have coffee with, after reading his entry.  Among Christians, the two most sought after authors were Beth Z and Gilbert.

Much credit to this Excel tutorial on how to recover pattern fill functionality.  I used Andy Pope’s add-in. 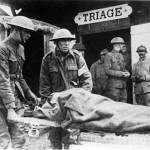 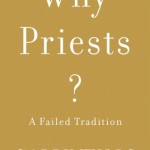 September 26, 2013 What ornate vestments you have, Father! All the better to...
Recent Comments
6 Comments | Leave a Comment
Browse Our Archives
get the latest from
Catholic
Sign up for our newsletter
POPULAR AT PATHEOS Catholic
1