In lieu of a normal Quick Takes, I’m going to glom onto the Immediate Book Meme.  It was started by DarwinCatholic, and then Betty Duffy, Simcha Fisher, Happy Catholic Bookshelf, Tom McDonald, and The Wine Dark Sea joined in.  So, here’s my lineup:

What book are you reading now?

The Martian by Andy Weir

This book was originally published as a serial about the attempts by one Mars astronaut to stay alive when his fleeing crewmates mistakenly leaves him for dead.  I think it roughly resembles Gravity if Gravity were less about a woman slowly regaining the will to live and more about a series of fascinating engineering problems.  I’m enjoying it a good deal.

What book did you just finish?

This was a kindle single, released by the Atavist (which has a whole library of titles I’m planning to browse through) about the attempt to launch hippo ranching in the swamps of America.  The two main dynamos in this effort, prior to collaboration on this issue, had both been attempting to assassinate each other during the Boer war.

Also, someone in this book goes scouting and, in an attempt to remain inconspicuous, does so ensconced in a cow corpse, with eyeholes cut out of the hide.

I really enjoyed reading American Hippopotamus, but I recommend reading it in the same room as a friend.  I mostly read it while walking, and kept wanting to grab another pedestrian to read something aloud and say, “I can’t believe this is non-fiction.”

What do you plan to read next?

Well, why don’t I list the sum total of my currently checked out library books (and the hold I still need to pick up):

What book do you keep meaning to finish?

Mostly I finish books no matter what.  (I read quickly, and I hate not knowing things, like the resolution of even frustrating plots).   However, I still haven’t knocked out Joseph de Maistre’s St Petersburg Dialogues: Or Conversations on the Temporal Government of Providence.  It was part of a book club, and the very unwieldy format I was reading in (printout in a binder) kept leading me to pick up anything else.  I should really stick it on my kindle and finish it off.

What book do you keep meaning to start?

I’m pretty sure I’ve had The Four Cardinal Virtues by Joseph Pieper following me around for at least eight months now.  It’s come with me on multiple planes, trains, and subways for travel reading without yet having been opened.  Maybe if I still suck in two weeks, I’ll take it up as spiritual reading for Lent.

What is your current reading trend?

Tossing books willy-nilly into the library hold system.  Winding up needing to manage convoluted errands to get to branches that are open after I get off work.  Schlepping the ~6 or so book backlog for the thirty minute walk.  Looking up surprised when I turn up at home, as I’ve been reading the whole way, and didn’t realize it was such a short walk. 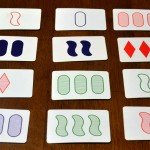 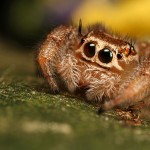 February 21, 2014 Of Love, Spiders, and Natural Law
Recent Comments
1 Comment | Leave a Comment
Browse Our Archives
get the latest from
Catholic
Sign up for our newsletter
POPULAR AT PATHEOS Catholic
1